While some drugs show promise for slowing Alzheimer's progression, there’s currently no cure for the disease. A new study published in Science Advances suggests this may be because treatments need to go beyond a one-size-fits-all approach.﻿﻿﻿

Alzheimer's is not a single disease, lead study author Bin Zhang, PhD, director of the center for transformative disease modeling and professor of genetics and genomic sciences at Icahn School of Medicine at Mount Sinai, tells Verywell. He explains that while Alzheimer’s mainly has a genetic component, there are also different types of disease.

Looking at multiple subtypes of a disease isn’t new. Zhang says cancer researchers have spent decades looking at cancer in subtypes. For this reason, his team looked at this as a potential avenue of exploration for Alzheimer’s disease.

The research team analyzed 1,543 transcriptomes—the complete set of RNA expressed in a cell—in five different brain regions of deceased Alzheimer’s disease patients. They compared different types of RNA and how they related to the clinical and biological factors typically associated with Alzheimer’s disease.

Zhang says the discovery has profound implications for studying the mechanisms of Alzheimer’s disease alongside treatment research. “For drug discovery, having three subtypes means you may have to develop subtype-specific drugs," he says.

People with Alzheimer's experience the disease in very different ways. Some experience cognitive decline much quicker than others or live with associated depression. And not all people with Alzheimer's accumulate the high levels of tau neurofibrillary tangle and amyloid-beta plaques that have come to be associated with the disease. Different subtypes may help explain that.

Douglas Scharre, MD, a professor of clinical neurology and psychiatry and director of the division of cognitive and memory disorders at The Ohio State University Wexner Medical Center, says that because there's not a single cause, it's hard to pin down who’s most vulnerable to developing the disease. However, age and genetics are the top risk factors.

“Alzheimer’s is also thought to be a polygenic disease where multiple genes might contribute,” Scharre, who was not affiliated with the study, tells Verywell. People with multiple genes related to Alzheimer’s are more likely to develop the disease.

Can You Stave Off Alzheimer's?

Treatments are in development for Alzheimer's, but they're not yet targeted to different subtypes. For example, recent clinical trial results show the experimental drug donanemab may aid in slowing the progression of Alzheimer’s disease by eliminating amyloid plaques—but that would only work for people experiencing increased levels of those plaques.

Until treatments become available, there are non-medical ways to slow down and possibly prevent the development of Alzheimer’s.

One way is to maintain a nutritious diet. “The best diet for brain health typically includes low-saturated fats and not so much red meat," Scharre says. "Vegetables, fruits, and the Mediterranean diet are good."

Physical exercise may also help to stimulate the brain. Scharre says that working out the body causes the heart to pump faster, sending more oxygen to the brain. Mental exercise helps too. A 2019 study suggests that regularly doing puzzles such as Sudoku is correlated with greater mental ability in people over 50.﻿﻿﻿﻿

“The more you use [the brain], the more reserve you can build up," Scharre says. "So, if you have Alzheimer’s, you have to lose more of that brain reserve before you cross that threshold where you begin to have memory or cognitive issues such as forgetting your keys.”

While being proactive is always helpful, Scharre adds that it’s important to stay observant for any memory changes and other cognitive changes. This is because current Alzheimer’s drugs work best when started early.

“The most important thing is that people get in to see their physician if they or their loved ones are seeing a decline in their cognitive abilities," Scharre says. "Get it checked out early on.”

Physical and mental exercise is key to ensuring good brain health. Talk to a doctor if you or someone close to you is noticing slip-ups in learning and memory. Current Alzheimer’s treatments are most effective when started in the early stages of the disease. 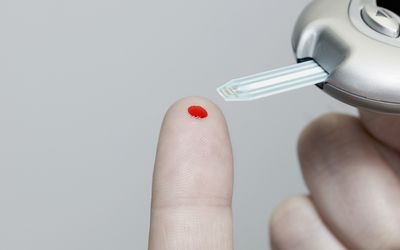 What Is Type 3 Diabetes?