Over time, the ways environmental pollutants can harm our health have come into a clearer view. But now scientists are shedding a light on eight biological mechanisms exposure to polluted air, water, soil, and food can harm and disrupt.

Their work provides insight into the complex relationship between our surroundings and our physical and mental function by showing how pollutants can corrupt key molecular processes such as DNA replication, protein synthesis, and intercellular signaling. The March study was published in the journal Cell.

“The findings support efforts to mitigate pollution by [providing] a frame[work] to argue for the biological plausibility of proposed regulatory action at all levels," Annette Peters, MD, PhD, director of the Institute of Epidemiology at the German Research Center for Environmental Health, tells Verywell. "It also shall serve to motivate scientists to see the relevance of their findings for the everyday living of our societies and themselves."

Your level of exposure to pollutants is often out of your hands in modern, industrialized society. But luckily, you can take steps to mitigate their impact by eating well, exercising frequently, limiting your use of substances, and spending time in natural settings.

How Pollutants Can Harm Health

Between 2016 and 2018, epidemiologists estimated that between nine and 12.6 million annual deaths, the majority of which occurred in low-income countries, were attributable to sources of environmental toxicity such as fine particulate matter, heavy metals, and pesticides.

The authors combed through scientific literature for clues as to how such sources harm our health and came up with eight hypotheses. Each serves as its own missing link in understanding how exposure to pollution can lead to the development of chronic diseases.

Reaction oxygen species (ROS) are extremely reactive chemical molecules that are involved in the communication between cells. In excess, they can cause oxidative stress, which can damage cells to the point of death.

Left unchecked, ROS activity can eventually result in cancer and atherosclerosis (the hardening and narrowing of arteries), among other neurological, respiratory, and cardiovascular diseases.

Somatic mutations—harmful mutations that occur in the DNA of non-reproductive cells—accumulate with age, but also with exposure to environmental chemicals that are considered mutagens, or mutation-causing agents. These mutations contribute to the development of many chronic diseases.

The resulting epigenetic changes can accelerate the aging process and increase the risk for age-related diseases.

Like any cog in a machine, mitochondria—the powerhouses of the cell—are susceptible to malfunction. One major cause of mitochondrial malfunction is exposure to air pollution. This malfunction has been implicated in everything from abnormal fetal brain development and type 2 diabetes to breast cancer and premature aging.

Endocrine-disrupting chemicals (EDCs) include chemicals found in food and commercial products. By definition, EDCs interfere with the production, release, transport, and metabolism of hormones like insulin, estrogen, progesterone, and testosterone. Often this has significant—and potentially heritable–ramifications for health.

Nowhere is the saying “communication is key” more true than within biology. Environmental exposures can impair the ability of neighboring cells to effectively communicate with each other and coordinate a response to stimuli. For example, ozone exposure inhibits epidermal growth factor signaling in the lungs and elsewhere.

What Are Cell Receptors?

Barrier organs such as the skin, the lungs, and the gut regulate what enters and exits the innermost depths of the body. When the delicate balance of bacteria and other microbiota that exists at these locations is thrown off, asthma, allergies, and viral infections can result. Exposure to toxic metals, air pollution, and ultraviolet radiation are several common culprits.

Environmental exposures can also activate the nervous system and trigger the release of stress hormones. Noise pollution has been linked to hearing loss, high blood pressure, and cardiovascular disease. Light pollution has ties to cancer, mental illness, sleep disorders, and cardiometabolic disease. Air pollution irritates the lungs and heat pollution can cause heat exhaustion and heatstroke.

The study “calls for measures against heat on the individual level,” Peters says. It also draws “special attention to chronic disease treatment in individuals exposed to pollution in their occupation or surroundings,” she adds.

Generally speaking, environmental exposures are harmful, but there is one notable exception. Being out in nature has been found to improve mental health, the authors write. Specifically, proximity to “urban green spaces” such as gardens and parks has been linked to changes in activity in regions of the brain known to play a role in the development of depression.

Adjusting as Best We Can

While the study is by no means a comprehensive overview of the impact of environmental exposures on mental and physical health, it does shed light on the core relationships involved—and makes a persuasive argument for the development, implementation, and enforcement of strict public health policies.

Especially, Peters says, those focused on mitigating pollution at all levels.

In theory, the eight disease pathways can be reversed by a change of behavior or environment—migrating away from sources of pollution or living a healthier lifestyle. In practice, however, it’s not that simple.

“One historic example is a strike at a steel factory in Utah Valley in the 1980s, which reduced the oxidative stress burden and the associated health effects in the population," Peters says. "However, this does not mean that potentially no permanent damage persists." In fact, she adds, it’s more likely than not that some burden of disease does remain.

But even if it didn't, completely overhauling your living and working conditions—moving homes, finding another job, eschewing processed foods—isn’t realistic or even possible for most people.

Eating a healthy diet, exercising regularly, and avoiding substances such as nicotine, all of which Peters recommends, often are.

Peters expects her findings to only increase in relevance in the coming years as pollution levels and global temperatures continue to tick higher.

“With, for example, obesity on the rise, the world population as a whole will be more vulnerable, and environmental insults will gain more importance," she says. "This said, the mitigation of global warming through sustainable energy generation and consumption offers immense potential to also improve health globally,." 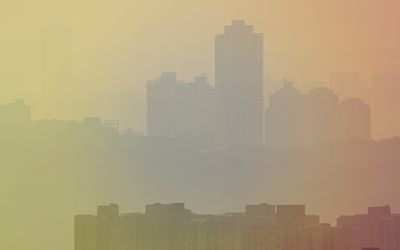 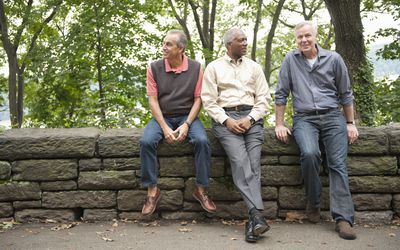 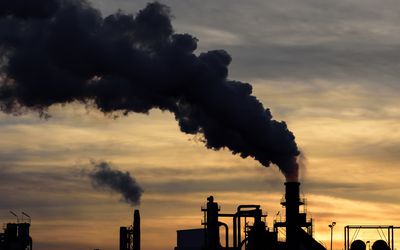 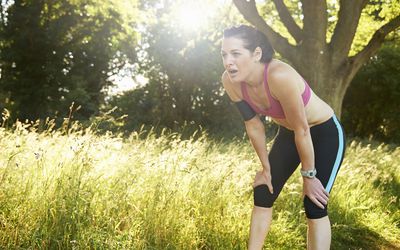