While there's still plenty of room for improvement, health care for the transgender community has come a long way in recent years, thanks in part to dedicated facilities for transgender and non-binary people. Transgender people now have better access to medical centers that can help those with gender dysphoria transition to their true gender.

Gender dysphoria (GD) is psychological distress “that results from an incongruence between one’s sex assigned at birth and one’s gender identity,” according to the American Psychiatric Association. In many individuals, GD can cause severe discomfort, anxiety, and depression, among other mental health conditions.

For Mahogany Phillips, a 52-year-old transgender person living in Brooklyn, New York, GD started when she was a young child. Phillips was a male model in South Africa before she transitioned. She tells Verywell that everyday felt like a struggle getting up and out the door.

“When you look at yourself in the mirror, you’re looking at an Adam’s apple, when you’re taking a shower and you take your clothes off, you don’t want to even look down, it’s real agony for that person,” she says.

You have to realize before you even do these physical surgeries that they will not take back all of the crap that you’ve been through mentally.

Phillips says it would take her hours to get ready to leave the house as she would constantly be checking the mirror and questioning whether she looked “passable” to the rest of the world.

“You’re trying to pass for the rest of the world’s standards, and that becomes almost impossible because you’re trying to make yourself this perfect person,” she says. “And we all know that that perfection does not even exist.”

Phillips began her transition in 2007 when she started receiving hormone therapy. It wasn’t until 2014, when the Obama administration lifted a 33-year-old ban on Medicare coverage for gender affirming surgery, that she started making phone calls to find a doctor that would perform a vaginoplasty, breast augmentation, and facial feminization surgery.

Phalloplasty involves a surgeon creating a penis out of skin from somewhere on the body like the radial forearm flap (RFF) phalloplasty and Anterolateral Thigh (ALT) flap.

Two years after her search for a physician began, Phillips had a long-awaited appointment with a new medical center, the Mount Sinai Center for Transgender Medicine and Surgery in Manhattan, the first comprehensive healthcare center for transgender and non-binary people in New York, and one of the few centers around the country offering surgical access and multifaceted care for the transgender community.

“Prior to our program’s establishment in 2016, there were none in New York or anywhere else in the Northeastern United States,” Joshua D. Safer, MD, FACP, FACE, the executive director of the Mount Sinai Center for Transgender Medicine and Surgery (CTMS) and professor of Medicine at the Icahn School of Medicine at Mount Sinai, tells Verywell. “The Center was created to provide gender affirming care to transgender people throughout the region…and to serve as a model for the approach that we believe other academic medical centers should take.”

According to a 2016 national survey, 1.4 million individuals (0.6%) in the United States identify as transgender, although many experts believe these numbers may be vastly underrepresented because of the social stigma.

Jess Ting, MD, the surgical director of Mount Sinai’s Center for Transgender Medicine and Surgery (CTMS), knows firsthand how vital these affirming surgeries can be for patients. Ting began his career as a general plastic surgeon but was asked to join CTMS as it was being created.

“Within a couple of weeks of starting and offering these surgeries, I had a waitlist of hundreds of patients,” Ting says. “Every day I would hear stories from patients about how they waited 30 to 40 years and never were able to see a doctor for anything like primary care or hormonal care, let alone surgical care. That’s when I realized, ‘My gosh, there are thousands and thousands of transgender people in New York City who have never had access to care and who desperately need it.’”

There are thousands and thousands of transgender people in New York City who have never had access to care and who desperately need it.

Although there has been progress in recent years in providing health care to the transgender community—research points to several factors that continue to challenge the accessibility of transgender surgeries such as financial constraints, inadequate insurance coverage, and variation in expertise among surgeons.﻿﻿﻿﻿﻿﻿﻿

In a December 2020 study published in Sexual Medicine, researchers found 96 surgeons across 64 individual medical centers offered genital gender-affirming surgery (GAS). And only 20 (40%) of U.S. states had at least one genital GAS provider.﻿﻿﻿

These numbers may seem dire compared to the availability of medical care to cisgender people, but Ting says he has seen a dramatic increase in awareness of the need for medical care for the transgender community, partly thanks to public figures coming out like Caitlyn Jenner and most recently “Juno” star Elliot Page.

CTMS has undergone its own expansion as well. When the center first opened, Ting was the only surgeon. Today, surgeons, urologists, OBGYNs and ENT surgeons are all part of the team. CTMS has also taken steps to incorporate transgender health into its medical school program.

“We have extended the medical school and what we teach the medical students to include training about transgender people and their health needs, so we are training our youngest future physicians on trans health care,” Ting says.

High quality medical and surgical care for the transgender community has improved over the last several years due to an increase in awareness, insurance coverage changes, and overall interest. But there are still major challenges to tackle, like shortages of physicians who can perform GAS and finding better ways to incorporate transgender health in medical school programs.

While transgender affirming surgeries have become more available in the U.S., the protocols patients must go through pre-surgery remains critical to their care.

For Mount Sinai, every patient must first see a medical provider, a social worker, and mental health provider in order to plan for a safe and cohesive post-operative recovery. The center follows the World Professional Association for Transgender Health (WPATH) Standards of Care, which include criteria for the “initiation of surgical treatments for gender dysphoria.” For some surgeries, like vaginoplasty and phalloplasty, patients must follow extra criteria such as using feminizing/masculinizing hormone therapy and living 12 continuous months in a gender role that is congruent with their gender identity.

Maeve DuValley, 59, had reaffirming surgery earlier this year at Mount Sinai. She tells Verywell that there have been a lot of adjustments and confusions post-op, but despite her struggles, she’s the happiest she’s ever been in her life.

“I already knew that I wanted to get GAS, but there are guidelines—and rightly so—that require you to be living in your gender for a certain amount of time before they will consider working with you to have GAS,” DuValley says. “Once I knew what was possible, I began looking at my body in a different way. If I could change this or that, maybe I could begin to like my body for the first time.”

Research shows how vulnerable the transgender community is to mental health disorders. A 2015 U.S. Transgender Survey (USTS) found 81.7% of respondents reported seriously thinking about suicide in their lifetimes.

Ting, whose work at Mount Sinai was the focus of a documentary film Born to Be, has experienced the loss of a patient from suicide after operating on them.

“It makes me want to do better and help people in need; that’s why we become doctors,” Ting says. “To have a patient kill themselves is just extremely tragic and sad. It feels like a failure of the medical system, of the society, and of the world to support people who need it.”

An October 2019 study published in The American Journal of Psychiatry found evidence that the longer ago a transgender person’s gender-affirming surgery, the less likely they are to experience anxiety, depression, or suicidal behavior.﻿﻿﻿

As with most mental health disorders, multiple factors typically play a role in someone’s suicidal ideation. To help reduce the prevalence of suicide thoughts and attempts among transgender adults, Phillips believes the narrative for the new generation needs to change to a “I’m done pleasing you” stance.

“You have to realize before you even do these physical surgeries that they will not take back all of the crap that you’ve been through mentally,” she says. “You have to decide somewhere in there that you love yourself.” 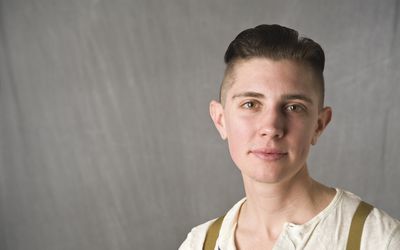 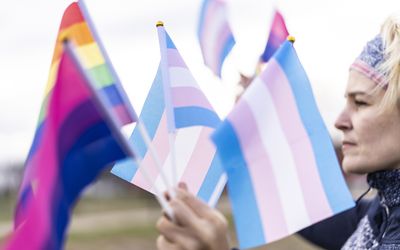