Acetaminophen for Fibromyalgia and ME/CFS

People who live with pain and myriad other symptoms of fibromyalgia (FMS) and chronic fatigue syndrome (ME/CFS) often end up taking several different medications, with painkillers chief among them. The drugs may help you function and feel better, but they all come with risks.

You can get several types of painkillers over the counter (OTC), and many of us with these illnesses take prescription painkillers at some point. Unfortunately, each of these drugs—including the OTC—has possible side effects and dangers.

One of the most common painkillers, both OTC and by prescription, is acetaminophen. It's best known by the brand name Tylenol, and it also comes in combination narcotics including Vicodin (acetaminophen hydrocodone) and Percocet (acetaminophen oxycodone).

Scientists don't fully understand how acetaminophen works. It's not an anti-inflammatory and it's not an opiate. It's believed that acetaminophen reduces pain via the central nervous system through multiple mechanisms.

Acetaminophen is generally considered a "safe" drug because it can be safely combined with a lot of medications and isn't as likely to cause digestive side effects that are common with anti-inflammatories (although it can). More than 100 products contain acetaminophen, either alone or in combination with other drugs.

However, acetaminophen overdose has grown into a major problem. According to the American Liver Foundation, it's the leading identifiable cause of acute (sudden) liver failure in the U.S. The problem is serious enough that in 2009, the FDA considered banning combination narcotics completely. Instead, it reduced the amount of acetaminophen they can contain and required that liver-failure warnings be added to packaging information.

To avoid accidental acetaminophen overdose, it's important to make sure you're not taking more than the recommended amount and that you're not taking it in more than one medication. For example, if you're taking Vicodin for pain and then catch a cold, you'll want to make sure your cold medicine doesn't contain acetaminophen, too. Many of them do. Be sure to double-check any product that's intended for pain or reducing fever.

You also need to know that acetaminophen is sometimes called APAP, which stands for acetyl-para-amino-phenol.

MedlinePlus reports any of the noted symptoms could take up to 12 or more hours to appear after acetaminophen is ingested.

Several of those symptoms like confusion, sweating, extreme fatigue, flu-like symptoms, may be hard to spot because they are common in FMS and ME/CFS. It's important to note any change in your symptoms that may be drug-related.

Even if you're following dosage instructions properly, acetaminophen can cause side effects. The most serious ones, which you should report to your healthcare provider quickly, include several of the symptoms listed above, plus:

Part of acetaminophen's popularity is that it mixes well with a lot of drugs. However, combining it with the following products can be dangerous:

You can reduce your risk of acetaminophen-related problems by always taking medicines as prescribed, making sure you're not taking more than one acetaminophen-containing product, and not drinking alcohol while taking acetaminophen.

Your healthcare provider and pharmacist should be aware of everything you're taking, including OTC and short-term medications, so they can spot possible problems with overdose risk or interactions.

Is Acetaminophen Right for You?

You should work with your healthcare provider to decide whether acetaminophen-containing products are right for you. This decision needs to be based on things such as your diagnoses, symptoms, overall health and lifestyle factors.

If you don't feel an acetaminophen-containing product is helping reduce your pain, talk to your healthcare provider about the risks and benefits as well as possible alternatives. 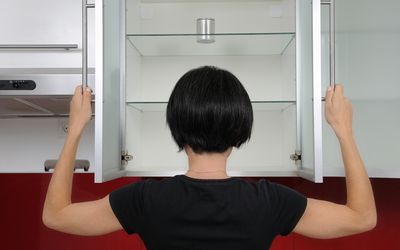 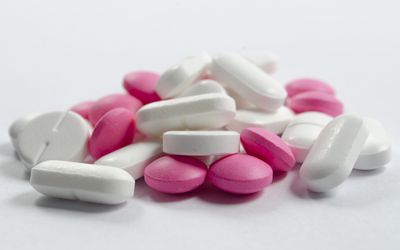