What Is Tertiary Syphilis?

There are four stages of infection with syphilis. A person will progress to the advanced stage if they do not receive appropriate antibiotic treatment in the initial stages of infection. However, progression typically occurs over decades.

The organism, a bacterial spirochete called Treponema pallidum, is more likely to be transmitted to another person during the primary and secondary stages.

The defining features of each stage of syphilis are:

If a person goes untreated for syphilis during the initial years of illness, they can eventually develop tertiary syphilis. However, not everyone who remains untreated goes on to develop advanced disease.

People who have not been treated for syphilis develop tertiary syphilis. Historic data from the time before treatment was available estimated this progression happened in 15%–40% of people who were not treated.

Syphilis Prevalence in the US

The number of cases of syphilis in the United States reached a historic low in 2000 and 2001. However, infection rates are on the rise. In 2020, there were nearly 135,000 new syphilis cases.

The numbers for late latent syphilis and late syphilis with clinical manifestations (tertiary syphilis) in 2020 were 47,256, or 14.2 cases per 100,000 population.

How Is Syphilis Transmitted?

Syphilis is an infection caused by the bacterium Treponema pallidum. The organism is transmitted through direct contact during sex and can be transmitted vertically (from a pregnant person to a fetus). It is more contagious during the early stages of infection.

Syphilis is not transmitted through:

Syphilis is most often transmitted during the primary and secondary stages of the illness.

During sex, the bacterium passes from one person to another through open sores and lesions found in the genital and rectal areas. These lesions are called chancres or condyloma lata. Any interaction with these lesions, including through oral sex, can transmit the organism.

The most easily recognizable symptoms of syphilis are those that occur during the primary and secondary stages.

There are multiple skin manifestations, including a painless genital ulcer called a chancre, condyloma lata that are large, raised, gray lesions in the genital area, and a reddish-brown skin rash that can spread widely.

Other secondary stage symptoms include:

Because tertiary syphilis is rare, it can be harder to spot. The infection affects multiple organ systems and can be fatal.

There is a wide range of neurological problems that tertiary syphilis leads to, including:

The syphilis bacterium can also invade the visual system and lead to:

Syphilis can also invade the hearing system and lead to:

This form of syphilis is rare, and cases have mainly been reported in people with human immunodeficiency virus (HIV). Gummas are ulcers with irregular borders that can be very large. They can occur anywhere on the skin, bones, or internal organs. On internal organs, gummas can be mistaken for a different type of mass lesion like cancer.

When a pregnant person has syphilis, there is a chance that the fetus will die in utero (be stillborn). Up to 40% of pregnancies in people with syphilis will end in stillbirth or the baby's death shortly after delivery.

Infants born to pregnant people with untreated syphilis will often have:

Second Leading Cause of Stillbirth

According to the World Health Organization (WHO), syphilis is the second leading cause of stillbirth.

Testing for syphilis occurs through a blood test. There are two types of tests: nontreponemal and treponemal. Both tests need to be performed to confirm a diagnosis.

These tests are generally cheap and are used for syphilis screening. They are also easy to use. However, false positive and false negative results can be seen, so further testing is often needed if there is a high suspicion of a person having syphilis.

These tests often confirm a diagnosis of syphilis. However, once these tests turn positive, they will remain positive for life, even if syphilis is treated. If a person has had a syphilis infection and been cured, but a repeat infection is suspected, a non-treponemal test may be used.

The treatment of choice for primary and secondary syphilis is penicillin G benzathine injected into a muscle (intramuscularly). It is given at a higher dose than used for other infections like strep throat. This dose also applies to pregnant people. The medication is delivered in a single dose.

When the antibiotic is given in this way, it stays in the body for up to 30 days. Most research reports a 90% to 100% cure rate. Other antibiotics are available for people who are allergic to penicillin.

Later stages of syphilis, tertiary disease, require multiple doses of penicillin. The recommendation is to give a high dose three times at one-week intervals.

People who develop certain organ damage from tertiary syphilis, such as neurosyphilis, ocular syphilis, and otosyphilis, should receive even higher doses of penicillin. The recommendation is to administer the higher dose every four hours intravenously.

Babies born to a person with syphilis should also receive penicillin. It may be given intravenously or by injection.

Since the advent of penicillin, deaths from syphilis are dramatically reduced. In the historic Oslo study from 1955, the death rate from untreated syphilis was 15.1% for men and 8.3% for women. Today, the treatment of syphilis is widely available, and most deaths from tertiary syphilis are prevented.

A study of death certificates in the United States found deaths from cardiovascular syphilis have been 1 to 6 per year from 1998 to 2015, and deaths from neurosyphilis were 16 to 34 per year. These are the most common causes of death from tertiary syphilis.

How to Reduce the Risks of Infection

The way to reduce your risk of developing any sexually transmitted infection is to:

When beginning a new sexual relationship, it is helpful for both people to get tested for syphilis and other sexually transmitted infections (STIs).

Finally, avoid contact with sores found in the genital and rectal areas.

You Can Get Syphilis Again If Not Protected

People can become reinfected after being treated for syphilis. You do not become immune to syphilis after having it once, and there is no vaccine to prevent it. Using a condom during sex is essential to reduce the risk of reinfection.

Syphilis is an STI that evolves through four stages, the advanced stage (tertiary) being the most severe. People with tertiary syphilis can develop multiple organ damage to areas such as the brain, eyes, and heart.

There are a few different tests to diagnose syphilis, and they must be used together to confirm the diagnosis. All stages of syphilis are treated with penicillin. Advanced syphilis can be cured with high doses of the medicine. Still, the effects on organ systems are not reversible.

The best way to prevent syphilis is to reduce the number of sexual partners a person has and use condoms.

Syphilis cases are rising again, and it can be a debilitating infection. It’s important to stay alert for symptoms. Get tested regularly for STIs, particularly if you have more than one partner. Use condoms. Syphilis is treatable. However, it’s not something to take lightly. 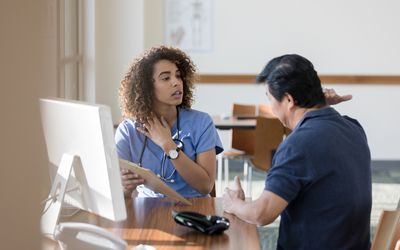 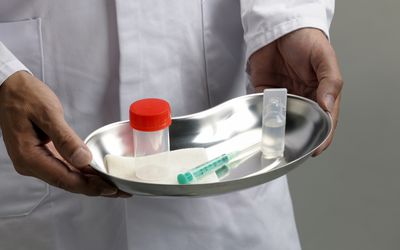 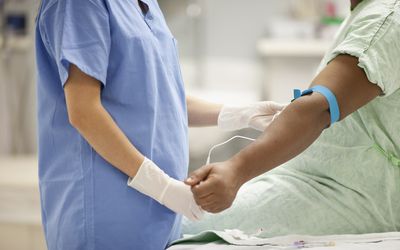