How Health Reform Affects You

On March 23, 2010, President Obama signed into law the federal health reform legislation known as the Patient Protection and Affordable Care Act (generally just referred to as the Affordable Care Act, ACA, or Obamacare). A primary purpose of the legislation is to assure that almost all Americans have access to affordable health insurance.

This article will describe what the ACA is, how it has reformed health insurance in the U.S., and how the implementation of the ACA has evolved over time.

The key reforms in the Affordable Care Act were designed to significantly decrease barriers to obtaining health coverage as well as accessing needed healthcare services. But the law has been controversial from the beginning, and the bitter partisan divide over healthcare reform has resulted in a less-than-optimal implementation of healthcare reform.

Most of the ACA's provisions took effect in 2014, including health insurance exchanges, premium subsidies for people who buy their own health insurance, guaranteed-issue coverage, essential health benefits, and the requirement that virtually all Americans maintain health insurance coverage—either through their employer, through a public program such as Medicaid or Medicare, or by purchasing coverage in the individual market, either via the exchange or off-exchange.

From 2014 through 2018, there was a penalty that was assessed by the IRS when people didn't maintain health insurance, although that penalty was repealed after the end of 2018, under the terms of the Tax Cuts and Jobs Act, which was enacted in December 2017. But there is still a penalty for being uninsured in Massachusetts, DC, New Jersey, California, and Rhode Island, as they all have their own requirement that residents maintain health coverage, along with penalities for non-compliance.

Highlights of the Affordable Care Act

Requires all non-grandfathered health plans to:

ACA Changes for Americans With No Health Insurance

Depending on your household income, family size, and state of residence, you may have several coverage options and may qualify for financial help (subsidies). The following are examples of coverage options for 2023.

For Medicaid, CHIP, and BHP eligibility, the 2023 Federal Poverty Level (FPL) numbers are used (they were published in mid-January 2023; prior to that, the 2022 numbers were used).

But for premium subsidy eligibility, the 2022 FPL numbers will be used for any plans with effective dates in 2023, regardless of whether the person applied before or after the 2023 FPL numbers were published. This is because open enrollment for private plan coverage takes place in the fall and early winter, before the FPL numbers are updated for the new year. So to maintain continuity, those FPL numbers continue to be used for people who enroll later in the year, due to a qualifying life event.

Example 1: Eligible for Medicaid in a state that has expanded Medicaid
Annual income:

Example 2: Eligible to buy a subsidized health plan through a state-based health insurance exchange
In 2023, annual income must be above the cutoff for Medicaid eligibility, but not so high that the cost of the benchmark plan would be less than 8.5% of the household's income. Prior to 2021 (and after 2025, unless the American Rescue Plan's provisions are extended again), there was a subsidy eligibility income cap equal to 400% of the poverty level.

Before the American Rescue Plan was enacted, this meant that premium subsidies in 2021 were only available to a single person earning up to $51,040, and to a household of four earning up to $104,800. But those caps were eliminated by the American Rescue Plan. People with income above those limits are eligible for subsidies in 2023 if the benchmark plan would otherwise cost more than 8.5% of their household income.

So there is technically still an income cap for subsidy eligibility, but it varies from one person to another and from one place to another. In other words, if you earn enough money that the benchmark plan would cost less than 8.5% of your household income, your income is too high to be subsidy-eligible. But that's going to be a different income level depending on how old you are and where you live, since the cost of health insurance varies with age and location.

Example 3: Eligible to purchase private coverage but without financial assistance
Even with the American Rescue Plan in place, there are still some people who don't qualify for premium subsidies and have to pay full price if they wish to purchase a plan in the marketplace/exchange. This includes the following groups:

Depending on the type of health insurance you already had, you may or may not have experienced changes as a result of the ACA.

If your source of health coverage was already an employer plan, these are some of your options:

If your source of health insurance is an individual policy that you purchased for yourself and/or your family prior to 2014 these are your options:

Keep your current plan: If your health plan continues to offer the same coverage, you can renew it. However, new health insurance policies must comply with federal minimum coverage standards; older health plans that don't meet these standards cannot enroll new customers.

Grandfathered plans (in force by March 23, 2010) can remain in existence indefinitely, as long as the insurer continues to renew them—which they are not required to do. Grandmothered plans (effective dates after March 23, 2010, but before the end of 2013) are currently allowed to remain in force until further notice, under guidance that was issued in 2022.

Shop for coverage through the insurance exchange in your state: Depending on your income (as determined by the ACA's modified adjusted gross income calculation) and the plans available in your area, you may qualify for federal tax credits to help offset the cost of your premium.

If you are on Medicare, your options may not have changed significantly, but your drug-related costs might have decreased if you need enough medication ​that you reach the donut hole, and your access to services may have improved:

Your basic (or guaranteed) benefits and eligibility have not changed: The ACA did not change the eligibility rules for Medicare or the basic framework of benefits that it provides.

The ACA has changed many aspects of the American health insurance system. The effects were most noticeable in the individual/family (self-purchased) market and for Medicaid eligibility. But ACA rules also apply to employer-sponsored health insurance and some aspects of Medicare. Although the ACA has faced numerous challenges, it has been upheld three times by the Supreme Court and is now an integral part of the U.S. health care system.

If you have health insurance in the United States, you've probably experienced some changes as a result of the Affordable Care Act. Although the ACA has always been controversial, its primary provisions are all aimed at strengthening consumer protections and increasing the number of Americans who have health coverage.

The ACA prevents insurers from excluding coverage for pre-existing conditions or charging people higher premiums based on their medical history. It also ensures that people with individual/family or small group coverage are able to enroll in robust coverage, and it provides financial support to make self-purchased coverage affordable to millions of Americans. It also expanded eligibility for Medicaid, which has served as a crucial safety net during the COVID pandemic. 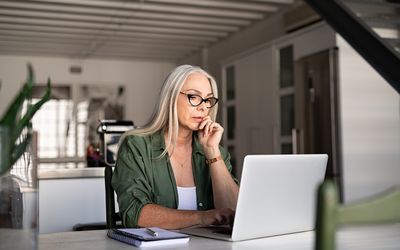