The medicinal use of marijuana is legal in a growing number of U.S. states, and other states might eventually join this list. Some patients, however, might be unable to smoke medical marijuana because of their illness, disease, symptoms, treatments and/or other factors. This article explores the alternatives to smoking marijuana that might prove healthier or more viable for patients who've received a prescription for medical marijuana.

Marijuana Use for Medicinal Purposes

While there are various pros and cons of using medical marijuana, it's important to understand that the use of marijuana is not without potential side effects. For example, conventional or "street" marijuana might contain harmful fungus and/or pesticides, which can prove especially dangerous for patients with a compromised immune system.

Moreover, the fact that marijuana is usually smoked—either in cigarette form or through the use of tobacco or water pipes—introduces additional concerns. Patients who have never smoked before, or those receiving other treatments that can interfere with their ability to smoke, might find smoking marijuana difficult or simply impossible.

I found that to be a case with a patient with lung cancer and COPD. He suffered from chronic bone pain, nausea, and severe weight loss. He asked his doctor about medical marijuana and received the necessary prescription. When I came to see him, he held a joint but didn't know how to use it. It was immediately clear that because of his inexperience and because he was using oxygen and was already suffering from a forceful cough, smoking a marijuana cigarette would not be the best method for him.

It's important to again stress that medical marijuana is a physician-referred treatment and should only be used according to a doctor's instructions. If you or someone you care for receives a prescription for medical marijuana use but cannot smoke marijuana, non-smoking options might include:

Edible Marijuana: Medical cannabis can be heated and made into oils, butters, and tinctures. Many "cannabis clubs" sell pre-made cookies, brownies, lollipops, and teas. Savvy patients—those willing to take the time to empower themselves through research and knowledge—can also find recipes to make their own marijuana tincture, oil, or butter.

Eating or drinking marijuana's main or active ingredient tetrahydrocannabinol (THC) is certainly preferable for many patients rather than smoking it, but these alternative methods can also create problems. When consumed via food or drink, THC does not absorb into the bloodstream as quickly as when it is smoked. This can make it more difficult to control the effectiveness of the drug or how much is consumed. In addition, patients who suffer from decreased appetite or nausea might not tolerate eating or drinking marijuana.

Vaporizers: Another option is to inhale marijuana using a vaporizer. This method involves heating the marijuana to a high enough temperature to vaporize the THC but not burn the plant. Patients can then breathe in the vapor from a bag without inhaling the harsh and potentially toxic smoke.

Vaping as it is commonly known, can cause serious lung injury. In 2019, a series of outbreaks across the country of what is called product use associated lung injury (EVALI), have resulted in over 2,291 hospitalizations and caused a reported 48 deaths (as of December 3, 2019). The Centers for Disease Control and Prevention are conducting studies to analyze the components of the TCH from the vaping products. They recommend that people do not use THC vaporizers and to watch carefully for any symptoms if they continue to vape.

Finding the Solution That Works for You

Ultimately, it is possible to find healthier or more suitable alternatives to smoking marijuana, as my aforementioned patient did. He experimented with edible marijuana and found that he enjoyed the marijuana brownies he was able to get at a cannabis club, but as his appetite waned, he found it difficult to stomach the rich chocolate taste. He didn't want to invest in a vaporizer because his life expectancy was short. However, through the people he met at the cannabis club, he was able to strike a deal with another medical marijuana patient and split the cost of a vaporizer—with the agreement that the other patient would inherit the device after his death. It was an unusual arrangement, to be sure, but it allowed him to continue using medical marijuana for several more weeks. 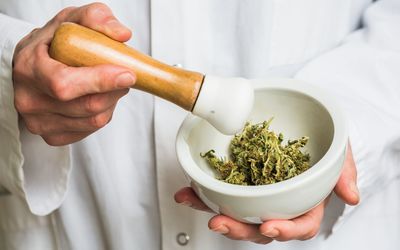 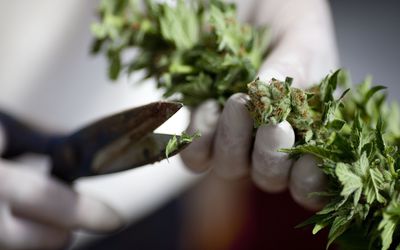 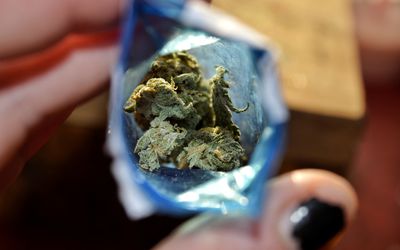 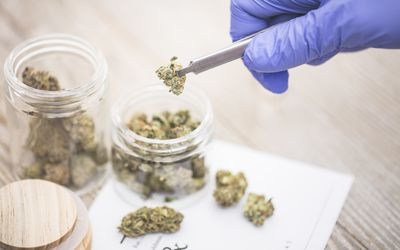