Although more research is needed, scientists believe genetics and environmental factors play a role in your risk of developing ankylosing spondylitis (AS). A variation in several genes may increase your risk of AS.

AS can occur in more than one family member. However, it doesn't necessarily mean you will develop the condition, even if you have a genetic variant tied to AS.

Read on to learn more about the genetic factors of AS and how it is diagnosed and treated.

How Many People Live With AS?

AS affects an estimated one in 1,000 people in the United States.

About 90%–95% of people diagnosed with AS have a gene variant called HLA-B27. There are more than 100 subtypes of this gene, which vary among ethnicities.

However, the overall contribution of HLA-B27 to the heritability of AS is only about 20%, which means many additional genetic factors may contribute to the disease. Other genes that affect how the immune system works, like ERAP1, may also make people more susceptible to developing AS.

How Likely Is AS to Be Inherited?

If you have AS and carry the HLA-B27 gene, there is a 50% chance you will pass this gene down to your child. While not definitively known, it's estimated that 5%–20% of children with that gene eventually develop AS.

Because AS is an autoimmune disease, problems with a person's immune system function may play a role in the development of AS. One study found that compared to a healthy control group, those with AS had different levels of tumor necrosis factor (TNF) and interferon (IFN), two types of proteins that regulate the body's inflammatory response.

Microbial infections may also be a trigger for the development of AS. Certain bacteria found in the gut, including the type causing Klebsiella pneumoniae, could make AS symptoms worse. More research is needed to explore the relationship between the microbiome and AS.

Researchers also are exploring whether sex hormones contribute to the development of AS.

AS is a type of arthritis that mainly causes inflammation in the spine, leading to severe and chronic pain. If it becomes advanced, the inflammation can cause bones in the spine to fuse, reducing your range of motion. AS can affect other areas of the body, including the shoulders, hips, ribs, small joints of the hands and feet, and sometimes even the eyes.

Men are 10 times more likely than women to have AS, and symptoms generally start before middle age.

To work toward a diagnosis, your healthcare provider will do a physical exam and ask questions about your symptoms and your medical and family history. They will look at your joints, watch how you move and bend, and ask you to breathe deeply to check for stiffness and inflammation.

Your provider may also order imaging and lab tests such as:

There is no cure for ankylosing spondylitis, but it can be treated. The goals of AS treatment include:

Medications used to treat AS include:

Surgery may be recommended if joint damage is severe and everyday activities are nearly impossible. This is not for everyone, and you and your provider will need to discuss your options to decide what's best for you.

The severity of AS symptoms and the way the disease progresses can vary among individuals. Many people with AS will have acute and painful episodes (flares) followed by temporary periods of being symptom-free or having reduced symptoms. In some cases, people may be disabled from the effects of AS. Early diagnosis and treatment may decrease the chances of joint damage.

AS is a chronic, lifelong disease. It cannot be cured, but it can be treated and managed. It’s important to see your treatment team regularly, even if your symptoms are under control. There may be complications you’re not aware of, and it’s always a good idea to monitor the progression of your AS and address any issues as early as possible.

AS is a chronic condition that can be painful and even debilitating. Accurate diagnosis is important so that it can be appropriately treated and managed. There is a strong genetic component to AS, although it is not the only potential cause.

Other possible causes include microbial, immunological, and hormonal factors. While AS cannot be cured, treatments like medications, physical therapy, and surgery, if warranted, can help ease symptoms and improve mobility. 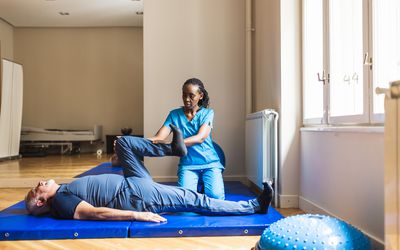 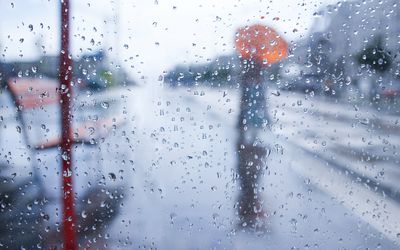