Drugs to Reduce Pain and Slow the Progression

For the over 300,000 Americans with ankylosing spondylitis (AS), living with pain is one of the many challenges they may face on a daily basis.﻿﻿﻿﻿ Medication is an option to provide pain relief, control symptoms and, in some cases, slow down the progression of the disease.

The medications available today for AS are safer and more effective than ever before, and are helping those with AS live more comfortably while managing this autoimmune disease.

Medications to treat ankylosing spondylitis are designed to both slow the progression of the disease and help those living with it manage their pain. Some of the more common medications include:

Nonsteroidal anti-inflammatory drugs (NSAIDs) such as ibuprofen or naproxen are often a first-line treatment option for those living with ankylosing spondylitis. NSAIDs help control symptoms and do not have an effect on the course of the disease.

When taking NSAIDs, many people will notice the effects within the first few hours after taking a dose. For others, it may take days or a week or two of consistent doses before the effects are felt.

NSAIDs are typically taken orally in pill form. Doses vary depending on the type of medication, so it is important to follow instructions provided on the bottle and/or by your healthcare provider. Some NSAIDs are available in topical form over-the-counter (e.g., Voltaren Emulgel), which can be applied directly to the skin over the painful joint(s) to reduce pain and discomfort.

NSAIDs are generally well tolerated with few side effects. Some may experience side effects, particularly when taking higher doses, such as nausea, heartburn, bloating, and constipation.

If you are taking NSAIDs daily, your healthcare provider may monitor your blood pressure and order routine blood tests to ensure the medication is not causing problems with your kidneys or stomach.

Disease-modifying antirheumatic drugs (DMARDs) such as methotrexate and sulfasalazine  work in the body to control inflammation. At present time, there is not much research demonstrating the efficacy of these drugs in treating AS.

Available by prescription only, DMARDs are generally prescribed for those with AS who are experiencing peripheral joint pain—pain in the hips, ankles, and knees. There is currently no evidence that shows DMARDs will help with AS symptoms felt in the neck and spine.﻿﻿﻿﻿ They generally work slowly and must be taken exactly as prescribed in order to be effective.

Methotrexate—a commonly prescribed DMARD—is most often taken orally in pill form, or given as an injection once a week. Side effects include stomach pain, headaches, mouth sores, hair loss, or change in liver function.﻿﻿﻿﻿

A Cochrane review showed that there is not enough evidence to show that sulfasalazine—another common DMARD—provides any benefit in reducing joint pain or slowing the progression of the disease in those with AS.﻿﻿﻿﻿

DMARDs prescribed for AS include:

If other medications are not providing relief of AS symptoms, your healthcare provider may prescribe a biologic medication. This is the latest class of drugs used for treating ankylosing spondylitis.

Nearly all biologics for AS are drugs engineered to block the tumor necrosis factor-alpha (TNF-α) protein. Blocking this protein helps to reduce inflammation and decreasing AS symptoms and disease progression. For some people, TNF-inhibitors/blockers and certain interleukin (IL-17) inhibitors may slow the progression of AS and relieve joint pain and spinal arthritis pain.

Rinvoq is the exception among biologics used to treat AS. Rinvoq is a disease-modifying antirheumatic drug (DMARD) belonging to a class of medications called Janus kinase (JAK) inhibitors. It works by inhibiting your immune system to reduce inflammation.

Biologic medications are typically administered intravenously or through injection (although Rinvoq, can be taken in pill form). The frequency and amount of medication administered vary depending on the person and the drug being used. Some with AS will take the medication daily or weekly, whereas others may only get it every six weeks.

Generally, biologics cause fewer side effects than NSAIDs and DMARDs. Because they suppress the immune system, people taking biologics may be more susceptible to developing infections such as upper respiratory infections and urinary tract infections. In addition, patients are at higher risk of severe infections which can be quite dangerous and require hospitalization. Research shows that the risk of infection is highest during the first six months after starting TNF inhibitors.

Common biologics for AS include:

If NSAIDs aren’t providing enough relief from pain caused by ankylosing spondylitis, your healthcare provider may prescribe a corticosteroid, such as cortisone or methylprednisolone. Corticosteroids are either taken by mouth in pill form or injected into joints to reduce pain and inflammation caused by AS.

Due to their potency, corticosteroids are typically used on a short-term basis to provide relief during flare-ups. Corticosteroids work by imitating the body’s response to the hormone cortisol, suppressing the inflammatory pathways that are responsible for producing proteins that can cause inflammation in the body.

Injections typically do not produce as many side effects as oral options. Side effects from injections may include joint infection, nerve damage, thinning skin and/or a temporary flare of pain around the injection site.

Let your healthcare provider know immediately if you experience any side effects from a medication. 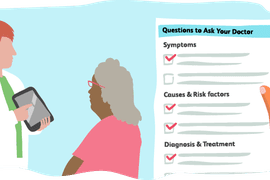 There is a wide range of options available for managing the symptoms of AS and treating the disease. These options can be complex, so it’s important to speak with your healthcare provider for in-depth information about which medication or combination of treatments would be right for you.

Most people with AS will be started on NSAID medications. If these do not provide enough relief, your healthcare provider may recommend another type of medication such as biologics or corticosteroids.

Depending on how your body responds to the medication options prescribed to you, the treatment plan may change over time. Because different people respond to medications with varying levels of effectiveness, it may take time to find the best course of treatment for you.

With the right treatment, medications, and support from healthcare providers, people living with ankylosing spondylitis can lead active, happy, and productive lives.

How Ankylosing Spondylitis Is Treated
9 Sources
Verywell Health uses only high-quality sources, including peer-reviewed studies, to support the facts within our articles. Read our editorial process to learn more about how we fact-check and keep our content accurate, reliable, and trustworthy.
See Our Editorial Process
Meet Our Medical Expert Board
Share Feedback
Was this page helpful?
Thanks for your feedback!
What is your feedback?
Related Articles 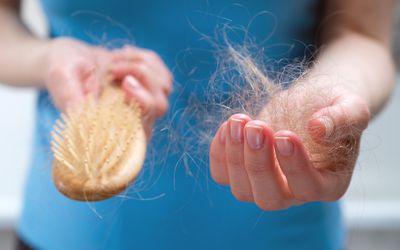 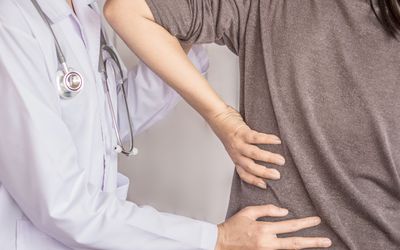 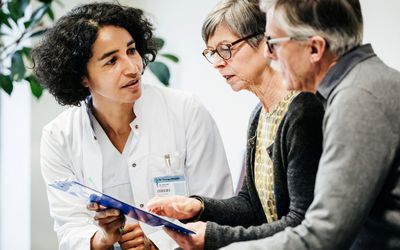 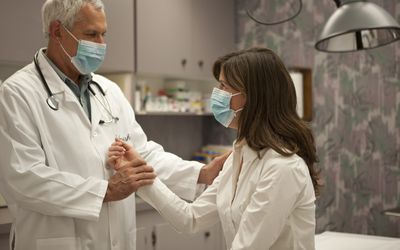