Anosognosia is a symptom of some mental health illnesses, as well as neurological conditions, including stroke and dementia. Anosognosia is characterized by someone's lack of insight or awareness of their condition, which can make treatment difficult to achieve. Read more about anosognosia, including causes, symptoms, and treatment in this overview.

The term "anosognosia" was first used in 1914 by Joseph Babinski, a French neurologist. He used it to describe how patients often have a lack of awareness of deficit or illness, specifically in those with left-sided paralysis after stroke.

In the fifth edition of the "Diagnostic and Statistical Manual of Mental Disorders" (DSM-5), which is used by mental health professionals in the United States to assess and diagnose mental health illnesses, anosognosia is similarly defined as “a condition in which a person with an illness seems unaware of the existence of his or her illness.”

The word "anosognosia" can be broken down into Greek roots as:

Today, this term is more broadly used to describe denial of illness or not being aware of disability, including in mental health disorders.

It is recognized that there are several neurological and psychiatric conditions that can cause a lack of insight or awareness of someone's own condition, including dementia (memory loss and cognitive impairment), stroke (blood supply to the brain is interrupted or reduced), multiple sclerosis (chronic disease of the central nervous system), and traumatic brain injuries.

Anosognosia encompasses a range of presentations. Some people affected are fully aware of some parts of their condition and symptoms and not at all of others. They may also be unaware of the condition altogether. Response to feedback about their condition also varies.

Anosognosia does have a neurobiological basis, meaning within the brain and its structure and functioning. It can also be affected by psychosocial factors, like culture, personality, values, and beliefs, as well as the person’s mood.

Psychotic disorders cause psychosis, which is when the mind is affected by a condition and leads to a loss of touch with reality. Psychosis is characterized by the symptoms of delusions, which are fixed false beliefs, and hallucinations, usually meaning seeing or hearing things that are not seen or heard by others.

Anosognosia may be present in individuals with psychosis. They are not aware of the symptoms of their illness, and the lack of insight can be present throughout the illness. Anosognosia is not a coping strategy, but a symptom of the disease itself.

The presence of anosognosia is the most common predictor of a patient’s nonadherence to treatment and is associated with an increased risk of relapse and involuntary treatment. Other associations include worse psychosocial functioning, aggression, and a poorer course of illness. It is common in schizoaffective disorder, but the lack of insight is typically less severe and does not have as large an impact as in schizophrenia.

Insight, therapeutic alliance (cooperative working relationship between the therapist and patient), and treatment adherence (following a treatment plan) all relate to and impact each other in people with schizophrenia and bipolar disorder, a mood disorder that can often include psychosis. Collaboration between the patient and their mental health provider is important, as this can affect how well the patient understands their condition.

How to Help Someone with Schizophrenia

Anosognosia happens often in Alzheimer’s disease, a progressive and common cause of dementia, and can greatly impact the patient. Evidence shows that it becomes more frequent as dementia progresses in severity, but it is also dependent on how it is diagnosed and what population is being studied since there is no standard definition. As such, the range of prevalence of anosognosia in Alzheimer’s disease has been shown as anywhere from 20% to 80%.

In Alzheimer’s disease, anosognosia has been associated with disinhibition (not being able to hold back inappropriate behavior), irritability and anxiety, agitation, and physical behaviors. It has also been seen with apathy (lack of interest or concern). However, some studies have also shown worsening anosognosia to be associated with less severe depression, but the evidence is not as clear.

How Does Anosognosia Affect Caregivers?

Strokes can lead to many symptoms, as they are caused by blockage of blood flow in the brain or bleeding in the brain. Sometimes they lead to numbness and weakness on one side, and people who have had strokes often have neglect on one side, which is inattention to a side of the body. This makes the tasks of daily life and functioning difficult.

Strokes often occur with anosognosia, leading to a lack of insight into neglect and how it impacts the patient's life. This can lead to not recognizing the need for assistance, which can affect the caregiver’s stress as well.

Although anosognosia can occur with a stroke, someone with anosognosia from another cause is not at increased risk for stroke.

It is common in those who have experienced a traumatic brain injury (TBI) to have changes in behaviors and emotional attitudes, no matter the severity of the injury. The behaviors are also often associated with anosognosia, leading to difficulty in their daily functioning and care management. The differing levels of awareness with anosognosia also affect behaviors and attitudes, depending on the patient.

There is no specific treatment that targets insight, awareness, and anosognosia. Some research has been done in this area, but research is limited. However, one review showed that there is promise in different forms of psychotherapy and other procedures.

Two procedures being studied include electroconvulsive therapy (ECT, brief electrical stimulation of the brain) for patients with schizophrenia and repetitive transcranial magnetic stimulation (rTMS, using an electromagnet to deliver a pulse to stimulate nerve cells) for patients recovering from a stroke.

Overall, treating anosognosia needs to be a holistic process, involving multiple professionals and the patient’s loved ones, to best support the patient. Exposing patients to their conditions and limitations should also be done with care, to prevent impacting their mood and stability.

It is also important to consider the timing of the treatments. When treating someone with schizophrenia, they may benefit the most from psychoeducational and behavioral therapies when they are responding to medications and are more lucid. This also applies to when they are at the greatest risk of not adhering to treatment, especially the first year after hospitalization and are at risk of stopping treatment.

Anosognosia is the lack of insight or awareness of an illness. It is a symptom of some mental health illnesses and neurological conditions, such as stroke and dementia. Anosognosia presents in a variety of ways; some people are fully aware of some parts of their condition, whereas some people are unaware of the condition altogether. There is no specific treatment that targets anosognosia, but some procedures are being researched.

Anosognosia can make a patient’s life—and that of their loved ones—more confusing and complicated. If you are concerned about a loved one’s perspective on their illness, it is important to discuss it with their doctor or other healthcare professional. If it is new or changing, a doctor can evaluate the patient, as well as provide more support to both of you.

We Need to Talk About Caregiver Burnout
8 Sources
Verywell Health uses only high-quality sources, including peer-reviewed studies, to support the facts within our articles. Read our editorial process to learn more about how we fact-check and keep our content accurate, reliable, and trustworthy. 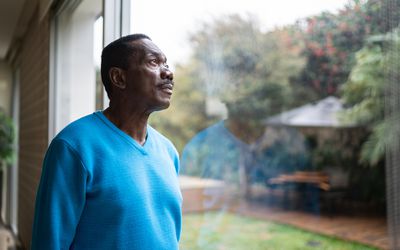 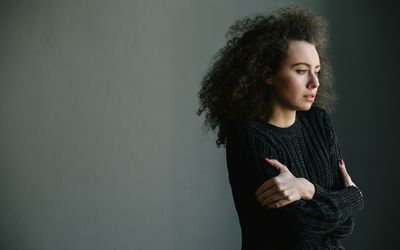