What is Antiphospholipid Syndrome?

Antiphospholipid syndrome (APS), also known as "sticky blood," is an autoimmune disorder—the result of the immune system attacking the body in error. In the case of APS, the body produces antibodies that attack certain proteins that bind to phospholipids, a type of fat found in blood cells as well as in the lining of blood vessels.﻿﻿﻿﻿ The result is the formation of blood clots, which can be serious and sometimes lead to a heart attack or stroke. APS occurs more frequently in women than in men and is a major cause of recurrent miscarriages and pregnancy complications.﻿﻿﻿﻿ Blood thinners are the mainstay of treatment in APS.

Other names for antiphospholipid syndrome include:

There are three types of APS:

Symptoms of APS vary widely and depend on the location of the blood clots.﻿﻿ Warning signs and symptoms that you might have a clot somewhere in your body include:

APS may be discovered during a routine blood test, which will indicate a "prolonged thromboplastin time," a risk factor for blood clots. People with other autoimmune diseases, as well as women who are planning to undergo fertility treatments, are often screened for the antibodies as a precaution even if they haven't displayed symptoms.﻿﻿﻿

Blood clots due to APS can cause serious and sometimes life-threatening complications, including the following.

Women with APS are at increased risk for certain pregnancy complications due to the potential for a blood clot to form in the placenta. Risks include:

It is estimated that one out of five women with recurrent miscarriages have APL.﻿﻿﻿

If you are diagnosed with APL and wish to become pregnant, it's important to find an obstetrician who specializes in high-risk pregnancies.

In APS, the body produces antibodies that target certain blood proteins that bind to phospholipids, a type of fat found in blood cells and in the lining of the blood vessels. The two most common proteins affected are called beta-2-glycoprotein I and prothrombin, but it is not understood exactly how this process leads to the development of blood clots.﻿﻿﻿﻿

There is no known cause of primary APS, though researchers believe that genetic and environmental factors play a role.﻿﻿﻿ In rare cases, APS has been found to run in families, suggesting a genetic predisposition. Some researchers have also linked certain viruses with APS, but more studies need to be done to confirm this connection.

You are at higher risk for blood clots in general if you have diabetes, high blood pressure, high cholesterol, obesity, are a smoker, or take birth control medications or hormone replacement therapy that contains estrogen.

Risk factors for APL itself include being female or having another autoimmune condition. Some medications have been linked to APS, including hydralazine for high blood pressure, quinidine (for arrhythmias), the anti-seizure medication phenytoin (Dilantin), and amoxicillin, an antibiotic.﻿﻿﻿

Testing for APS is indicated for people who have had repeated unexplained blood clots and associated symptoms or complications, recurrent late-term miscarriages, or other pregnancy complications, such as premature births or fetal death.

Blood tests will look for three different antibodies, including:

When a test is positive for one of these antibodies on two or more occasions at least 12 weeks apart, the diagnosis of APS is confirmed.﻿﻿﻿﻿

Symptoms of APS can resemble those of other diseases. The following conditions may need to be ruled out in order to arrive at an accurate diagnosis.﻿﻿﻿﻿﻿

There is no cure for APS. The goal is to prevent blood clots from forming or recurring.

If you are found to have APS antibodies but no symptoms, your healthcare provider may prescribe daily low-dose aspirin to reduce the risk of blood clots forming. If a blood clot is discovered, anticoagulant medications (also called blood thinners) such as Coumadin (warfarin), Lovenox (enoxaparin), or heparin can help prevent future clots. Sometimes these medications are used in combination. Some can also be used safely in pregnant women with APS.

Because warfarin can cause excessive bleeding, if you take this medication you will require regular blood tests to make sure your blood is clotting sufficiently, and so dosages of the medication can be modified if necessary. These blood tests are known as international normalized ratio (INR) tests.

When blood clots result in serious complications, such as heart attack, stroke, or pulmonary embolism, you will receive standard treatment for those. Catastrophic APS requires immediate hospitalization; in this case, treatment may include anticoagulants, glucocorticoids, plasma exchange, and/or intravenous immunoglobulins.

Living with APS almost always requires taking blood-thinning medications indefinitely to prevent clots. To minimize the risk of excessive bleeding from these drugs, you will need to take certain precautions, such as:

To reduce your risk of blood clots in general, you should not smoke if you have APS, and you will need to work with your healthcare provider to effectively manage conditions such as high blood pressure, diabetes, high cholesterol, and obesity. Avoiding long periods of inactivity will also help prevent clots from forming in the legs. Taking hormone replacement therapy or birth control medications containing estrogen may also be contraindicated.

There is no cure for APS, but with careful monitoring of blood-thinning medications as well as lifestyle modifications, most people with primary APS can lead normal, healthy lives. For those with secondary APS, adhering to your treatment plan for the co-occurring autoimmune disease will help keep you as healthy as possible. 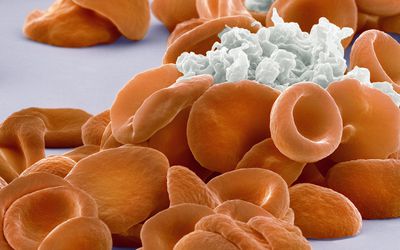 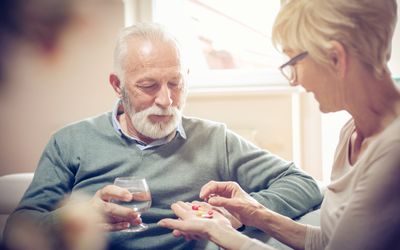 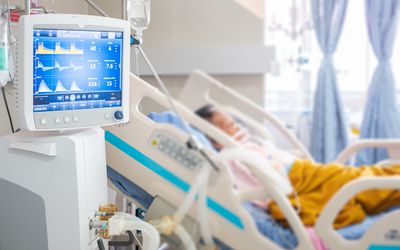 What Is the D-Dimer Test? 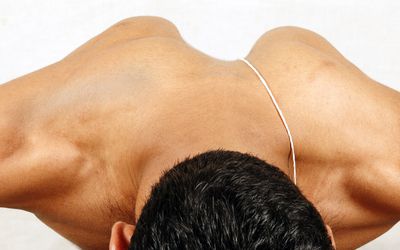