Earlier this month, a federal appeals court ruled to overturn the Food and Drug Administration’s (FDA) ban on the use of electric shock devices on people with disabilities at a Massachusetts residential school.

The Judge Rotenberg Education Center (JRC), a residential school located in Canton, Massachusetts, has served adults and children with conduct, behavioral, emotional, and or psychiatric issues. Despite the center’s mission, they have been labeled as one of the most controversial institutions for people with disabilities due to their use of electric shock devices.

For People With Intellectual Disabilities, Resistance Can Equal Autonomy

“For example, if somebody bangs their head out of frustration, they would be shocked in an effort to get them to stop that behavior,” Gardiner says. He adds that it is a form of operant conditioning, a type of learning process that uses reinforcement or punishment to strengthen behavior.

The Controversy Behind Electric Shock

According to the Human Rights Council of the United Nations, electric shock is a form of torture.

In 2013, Juan E. Mendez, special rapporteur on torture at the United Nations, issued a report where he condemned electric shock and issued a case of mistreatment of children and adults at Judge Rotenberg Education Center.

Unfortunately, electric shock devices are used as a form of punishment and retaliation, Curt Decker, JD, executive director of the National Disability Rights Network, tells Verywell. In 2012, a videotape surfaced of student Andre McCollins being restrained by the arms and legs on a restraint board where McCollins was shocked more than 30 times over a seven-hour period despite screams that the shocks were painful.

The FDA issued a ban notice on electric shock devices on March 4, 2020, a long-awaited rule that was initially proposed in 2016. More than 1,500 comments on the proposed rule were submitted, a majority of which supported the ban.

Because many students at JRC come from out of state, experts say treatment may not be robustly monitored. In 2014, 90% of JRC’s students were from New York, where the state spent 30 million a year to send kids to the center. There is little monitoring of treatment by state agencies, Decker says.

“Treatment ought to be done locally near the families in their own states," Decker says. "Once they leave the state, the whole issue is whether there’s any monitoring by the state agencies paying."

Despite public outcry and scrutiny from activists, and federal and state authorities, the JRC continues to use electric shock on patients.

“Electric shock is not an effective behavior modification tool,” Decker says. Instead, research shows that the devices can lead to numerous psychological and physical risks, including:

When a shock is stressful enough, it can cause trauma and suffering, especially when the patient does not have control over the shock or develops a fear of future shocks.

Electric shock fails to recognize the root causes of behavior, according to Gardiner. Instead, Gardiner suggests treatments that focus on the underlying reasons instead.

"[Treatment should try] to understand the underlying reasons why someone is banging their head," Gardiner explains. "People often bang their heads or do other self-injurious things because they’re under severe stress, they’re overloaded, there’s too much for them to process, there’s too much noise, or they’re frustrated."

10 TikTok Creators You Should Follow This Disability Pride Month

He adds that figuring out the root cause of behavior without having to use electric shock can prevent distress, trauma, and PTSD among individuals.

To fight back against the use of electric shock, the Autistic Self Advocacy Network launched #StoptheShock to raise awareness of JRC's usage of electric shock devices on its patients, many of whom are people of color.

People can voice their concerns about electric shock devices along with the Autistic Self Advocacy Network by using the hashtag, #StoptheShock on social media. You can learn more about other ways to help here.

“We’re very concerned that this now gives a green light to this technique," Decker says. "We are very fearful that they’ll just expand the utilization of it."

Because courts rely on previous cases for guidance, Gardiner fears that the appeals court’s ruling will set a precedent for other states to follow suit.

“I worry that it will set a precedent because so many court rulings rely on precedent,” Gardiner says. “The JRC does have a powerful lobby, and there are enough proponents who could very well encourage young sympathetic parties to develop a similar center in different states.”

For over 15 years, Gardiner has witnessed disability activists fight against the JRC’s usage of electric shock. Now, it looks like they'll have to renew their efforts.

“They [electric shock devices] don’t address the core reasons why people behave the way they do," Gardiner says. "All they do is just get they torture people for others convenience that is morally reprehensible. The JRC needs to stop using these electric shocks. They should be banned. They should be absolutely prohibited.” 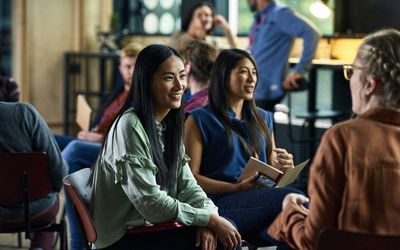 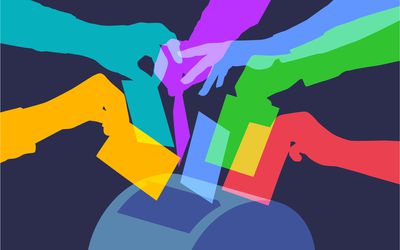 How the #CripTheVote Movement Is Advocating for Disability Policy 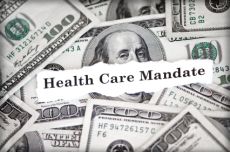