Do people with autism enjoy socializing?

The popular image of a person with autism is a quiet, isolated individual who prefers solitude to social interaction. This is often true, but by no means always the case. While autistic people, by definition, have challenges with social communication, many enjoy social interaction, group activities, and friendships. Because such activities can be exhausting for a person with social communications challenges, however, relatively few people with autism are likely to be described as "gregarious."

The Myers-Briggs Type Indicator personality test includes questions that determine whether an individual is introverted or extraverted. These definitions are helpful because they separate shyness and social anxiety from a need to have alone time. While extroverts are described as people who gain energy and insight from social engagement, introverts are described as follows:

"I like getting my energy from dealing with the ideas, pictures, memories, and reactions that are inside my head, in my inner world. I often prefer doing things alone or with one or two people I feel comfortable with. I take time to reflect so that I have a clear idea of what I'll be doing when I decide to act. Ideas are almost solid things for me. Sometimes I like the idea of something better than the real thing."

In other words, introverts need not be shy or socially anxious. They may very much enjoy spending time with other people. On the other hand, they find it tiring to spend time in large groups, and they may prefer to think things through on their own rather than discussing ideas with others.

A Theory Linking Autism and Introversion

One theory, developed by Jennifer Grimes in 2010, is that introversion is a form of inner versus outer orientation and, thus, is strongly related to autism. In her dissertation, Introversion And Autism: A Conceptual Exploration Of The Placement Of Introversion On The Autism Spectrum, she states that: "[Introversion is] a continuous segment of the non-clinical part of the autism spectrum, and that it is not the same as the inverse of extraversion. When introversion and autism are placed on the same continuum, the nature of the relationship of the traits becomes more apparent... This review of literature [demonstrates] the apparent synonymous nature of the traits despite varying degrees of severity in expression."

Grimes' theory, while it is often discussed and debated, has not been supported by other researchers. Many point out that aspects of autism makes it more challenging to socialize—but that fact does not necessarily correlate to introversion (and certainly doesn't correlate to shyness or social anxiety, though both are relatively common in autism).

Why Introversion Is Associated With Autism

Autism is a developmental disorder that is defined by difficulties with social communication. Those difficulties can range from the subtle to the extreme. People with high functioning autism may find it hard to maintain eye contact or distinguish friendly teasing from bullying, while people with severe autism may be completely unable to use spoken language. Expressive and receptive speech, eye contact, body language, and a command of the nuances of vocal tone are all critically important tools for social communication.

Because social communication is so challenging for autistic people, most are not very good at it and many find it both frustrating and exhausting. That doesn't necessarily mean that they don't want to engage with others—but the process is neither simple nor natural.

All of these challenges make social interaction (particularly in large groups) difficult and, in some cases, exhausting. As a result, some people with autism may choose to socialize rarely, or in small groups. In addition, many neurotypical people assume that a person who has a hard time socializing must, as a result, prefer not to socialize.

While all of these are important and meaningful reasons for preferring small groups and/or solitude, none suggest a dislike of social interaction in general. And, while social anxiety often does co-exist with autism, it is not a "baked-in" part of an autism diagnosis.

There are many autistic extroverts. People with autism who are also extroverts may find life more difficult than those who are natural introverts. There are a number of reasons for this:

It's important to note that autistic people may appear to be introverted because of their lack of eye contact or awkward body language. This may be misleading: quite a few people on the spectrum are not always aware of the impact of their appearance or actions on others.

It is challenging to be a relatively social person who lacks the skills required for successful, spontaneous social interaction. To overcome these challenges, people on the spectrum use a wide range of coping techniques. Just a few include:

Caregivers and partners of autistic individuals have a special challenge in helping their loved one to navigate social experiences. It may be helpful to think ahead about major social events (weddings, parties, etc.), identify potential challenges, and create and practice scripts to smooth the way. It's also important to check in with your autistic loved one to determine whether that person truly enjoys and wants social interaction. There is a strong bias in contemporary American cultures toward large social groups and daily social interaction—but the reality is that many cultures live much quieter, more secluded lives with great success!

Can You Be a Little Bit Autistic?
The Challenges of Living With High-Functioning Autism 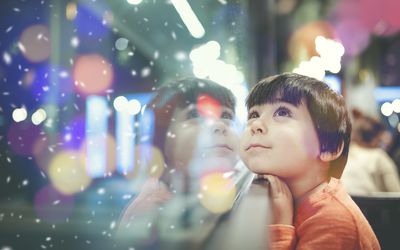