Organs May Be Affected

Arthritis is a disease of the joints. But many types of arthritis go beyond the joints and affect other parts of the body.

When that happens, it's called "systemic disease," especially when it impacts multiple organ systems.

This article looks at systemic types of arthritis plus their symptoms, causes, and risk factors.

Systemic forms of arthritis include:

While some systemic symptoms are shared by all of these conditions, some are only linked with one or a few of them.

Osteoarthritis is the most common form of arthritis. However, it's not a systemic disease—it only affects the joints.

When arthritis affects the whole body, it can cause a wide range of symptoms. These include:

Arthritis doesn't need to be severe in order to have non-joint-related symptoms. Sometimes, systemic symptoms can appear in people with minimal joint pain.

Researchers don't yet know why one person with arthritis develops systemic disease while another doesn't. They suspect a mix of genetic and environmental factors are behind the difference.

Risk factors for systemic involvement vary by condition. People who have systemic symptoms tend to have a worse outlook than those with non-systemic disease.

Rheumatoid arthritis is an autoimmune disease in which the immune system targets the lining of your joints. That causes inflammation, which eventually wears away your bones and joints. Over time, it can cause joint deformity and loss of function.

Non-systemic symptoms of RA include:

About 40% of people with RA will have systemic involvement at some point. The symptoms depend on what organ or system RA targets. Common ones include:

Systemic RA symptoms may develop even if you don't have significant joint problems.

Autoimmunity occurs when your immune system mistakenly identifies a healthy part of your body as a threat, such as a virus. It then creates specialized cells called antibodies that try to destroy the targeted body part.

A few things make you more likely to develop systemic RA symptoms. They are:

While men are more likely to have systemic involvement, RA is significantly more common in women.

Systemic lupus erythematosus (SLE) is the most common form of lupus. It's an autoimmune disease that's highly inflammatory.

Unlike many autoimmune diseases, the antibodies of SLE don't attack one particular type of cell or tissue. They can strike in many different places.

SLE is systemic by definition. Even so, it has a common set of symptoms that are localized as well as systemic symptoms and complications. Non-systemic SLE symptoms include:

Common systemic symptoms and complications of SLE include:

The nature of the complications depends on where the inflammation is.

If you're diagnosed with SLE and are at high risk for complications, let your healthcare provider know.

Juvenile idiopathic arthritis (JIA) is an umbrella term for several forms of autoimmune or autoinflammatory arthritis that affect kids under 16. Two types are associated with systemic symptoms: systemic JIA and psoriatic JIA.

Common symptoms of JIA include joint pain and stiffness and joints that are warm, red, and swollen.

Systemic symptoms of JIA can include:

In addition, systemic JIA may affect internal organs. Symptoms depend on which organ is under attack.

For example, scarring and inflammation in the lungs can lead to shortness of breath. Inflammation of the heart muscle may cause heart damage.

Psoriatic JIA affects the skin, causing a skin condition called psoriasis. Psoriasis causes raised, scaly patches on the skin called plaques. The plaques may be itchy or painful. They're most common on the elbows, knees, and scalp, but they can be anywhere.

Beyond psoriasis, research suggests this disease may be linked to:

Research suggests children with systemic JIA are more likely to develop lung disease if they:

The conditions that may be related to psoriatic JIA all involve inflammation, Some of them may share common genetic differences, as well.

This is an area that still needs considerable research into the relationships and risk factors.

Common localized symptoms of PsA include:

The severity of psoriasis and arthritis symptoms have little relationship to each other. You may have severe skin symptoms but low joint pain or vice versa.

Systemic symptoms of PsA may include:

Little is known about why some people with PsA develop systemic symptoms. Research suggests:

This is an area that needs considerably more research.

Sjögren's syndrome (SS) isn't a true form of arthritis but it is an autoimmune disease that often causes joint pain and inflammation.

In SS, the immune system attacks moisture-producing glands, especially those that make tears and saliva. It may also attack other organs or systems.

The dryness of SS goes beyond just an annoyance. Untreated, it may lead to vision impairment or blindness, destruction of teeth, and serious mouth infections. SS is common alongside other autoimmune diseases.

When the immune-system attacks go beyond the glands, systemic symptoms may include:

Lymphoma is uncommon, only affecting between 5% and 10% of people with SS.

Researchers don't yet know why some people develop systemic SS symptoms. Some studies have started to shed light on this subject, though.

Some genetic profiles are being developed for lung disease in SS, but this work is in its early stages.

Fetal heart block is a rare pregnancy complication of SS. It's potentially fatal to the baby, either in the womb or after birth. It's believed to be associated with high levels of anti-Ro/SSA antibodies. If you're pregnant and have SS, you should be monitored for this complication Hydroxychloroquinw is considered the first-line treatment for this complication.

Several types of arthritis can have symptoms outside of the joints. Sometimes they're in multiple bodily systems. This is called systemic disease.

Symptoms of systemic disease may involve fatigue, fevers, nerve problems, disease of the heart, lungs, and kidneys, cancer, and much more.

The causes of systemic involvement are unknown but researchers have identified some risk factors.

The thought of living with a chronic, systemic disease can be frightening. The most important thing for you to do is talk to your healthcare provider.

Make an appointment right away if:

Early diagnosis and treatment are the best ways to manage the disease and prevent systemic problems. 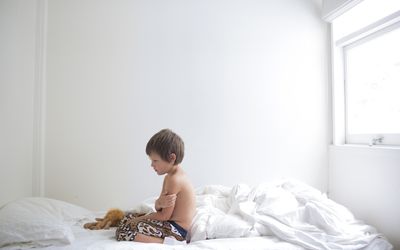