Earlier this month, the Texas Heartbeat Act made abortions illegal after six weeks of pregnancy—before most people know they’re pregnant. The restrictive law is one of the 90 state-level legislative efforts to curb abortion rights in 2021 alone.

Abortion doulas around the country are rallying support for people in Texas against institutional deterrents, financial strain, and societal stigma associated with abortion.

Doulas—different than midwives—are not medical professionals. They provide information, physical, and emotional support during labor, or in the case of an abortion doula, during surgical abortions. Abortion and full-spectrum doulas can work individually, as part of an organization, or within clinics. Some receive donations, which allow them to provide services at little to no cost for low-income patients.

Vicki Bloom is a full-spectrum doula at Whole Self Doula. She’s also a birthing match coordinator and part of the leadership circle at the Doula Project, a New York City-based collective that partners with clinics to support people dealing with miscarriage, abortion, birth, adoption, and more.

Verywell spoke with Bloom about her role as an abortion doula and her perspective on reproductive justice.

*Interview has been edited and condensed for clarity.

Bloom: I had been working in the food industry for many years and took a break when I had my child. After a while I realized that I really wanted to be working with people, and particularly with people in life transitions. I took a doula training just out of curiosity, and by the end of that, I said, "Why have I not been doing this all my life?"

I wanted to do this from an activist point of view and get help to people who need help, so I got connected with the Doula Project. Originally, I was drawn to a program they had at the time, which was a partnership with an open adoption agency. But as I got to know what we've maintained in the Doula Project—which is an idea that the same people should do abortion work and birth work because they are really all on a spectrum of people's reproductive experiences—I became interested in the abortion work as well. Now it's a piece of the work that I really love.

Verywell Health: What exactly does an abortion doula do? When you’re interacting with a patient who is having an abortion, what are your steps in that process?

Bloom: In general, a doula provides real-time emotional, informational, and practical support to somebody who’s seeking abortion. They need someone who sees them as a person, who might do things like breathe with them, hold their hand, talk through whatever's on their mind, distract them while the procedure is going on, and make them feel safe.

Because abortion is stigmatized and because that means that the safety of people providing abortions can be a difficulty, the doula is allowed to be in the room with that person, even when it isn't safe for a facility to, say, let a partner in the room. When we partner with facilities, they know we understand abortion, they know that it's not going to be out of control in the room. And that person gets to have somebody taking care of them, giving them support actively during their procedure.

Verywell Health: Tell us more about the "full spectrum" concept—what is the value of having someone who is able to assist in both births and abortions?

If I'm providing care to somebody who is having an abortion, one of the things that may comfort them is talking about their kids that exist already. Someone might choose abortion because it's the best way to take care of their current family, rather than trying to split resources. Understanding that they might identify as a parent, even while they're having an abortion, is really important.

On the flip side, when I'm working with someone who's intending to give birth and parent, their body holds all their experience. If they have an abortion or miscarriage experience, that's going to come up for them somatically and perhaps emotionally. If they know that you also function as an abortion doula, then if they do want to talk about it, they're going to feel safe about that. That's what the full spectrum concept is about.

'Full spectrum' is from a point of view of reproductive justice—part of what makes people free is to be able to make choices at all times about what happens with their body or reproductive health—to have children or not to have children—and to get the care that they need.

Verywell Health: What are the major misconceptions about your work?

Bloom: We don't help people make the choice about whether to have an abortion or not—we are not counselors. Usually when someone connects with us via clinic, they've already made a decision. We're certainly not sitting down and encouraging people to have abortions, except for in general encouraging people to make the reproductive health choices that make sense to them. We are not medical professionals, so I’m not performing an abortion. I’m also not a professional psychotherapist.

Verywell Health: How do you connect with your patients?

Bloom: With a birth client, you might work with them for months before they give birth. With an abortion client, especially when working with a clinic, you may meet them for five minutes before their procedure.

A surgical abortion can be physically uncomfortable. And sometimes people just need comfort around that—they need to squeeze a hand, a hot pack on their belly, or somebody to massage their shoulders.

Verywell Health: What do training programs for doulas typically involve?

Bloom: We do a fairly elaborate training that talks about both how procedures work and the social background of people who you might meet. We ask people to think about where their biases are and where their experience is.

And we do a lot of reframing language. Sometimes medical professionals and certainly other people in life might use language that's triggering, negative, scary. We model how to use client-led and neutral language that's non-judgmental.

Nobody who's feeling stressed wants to hear someone yell "Just relax." Nobody wants to hear "Hey, spread your legs" when they're having a procedure because that can be super triggering to people, especially if they have a sexual violence experience. But it happens. And a lot of what we do is just reframe language to be connecting and personalizing to the person.

Verywell Health: What are the greatest challenges of this work?

Bloom: Sometimes it's heavy in the room. People have strong emotions. It's really important as a doula, and as any care professional, to be able to ground that out and not take it home. We teach our doulas about self-care. We used to joke that being weepy in the New York City subway is a tradition in all kinds of ways.

Verywell Health: Are there stigmas or divisions within the community of doulas between full-spectrum or abortion doulas and those who focus only on birthing?

Bloom: There are definitely some birth doulas who feel that being a doula is explicitly baby-oriented or life-affirming, and they feel that abortion is not life-affirming.

"Full spectrum" is from a point of view of reproductive justice—part of what makes people free is to be able to make choices at all times about what happens with their body or reproductive health—to have children or not to have children—and to get the care that they need.

There were quite a few doulas who really felt that doula work was about birth and wasn't about reproductive justice in a broader sense. And that persists today.

Verywell Health: How accessible are abortion doulas across the country?

Bloom: My experience is that there aren't many people who are hiring a doula privately for their abortion. Most of the abortion doulas in the country are working in partnership with clinics or facilities.

One thing we found out fairly early on with the Doula Project is if you offer doula service at a facility as an opt-in, not that many people say yes. But if you put it as an opt-out, very few people say no. In general, people appreciate having had that doula there, but don’t want to ask for something extra. They don't want to feel needy, they don't want to be a hassle, or they don’t feel like they deserve extra care when they’re in a tough situation.

Now in COVID, there are a portion of doulas who will do virtual work, and particularly virtual work with people who are seeking medication abortion. That can be done in a home environment where people can get pills either from a clinic or in a mail order, specifically in places where it may be difficult to get to a clinic.

Some of those folks might just want somebody on call if they're not sure if something's going right, or if they need somebody to talk to, or if they're feeling really private and don't want to let someone in their personal social network know.

A lot of doula work is about being in the room with somebody. But given the realities of both COVID and people needing abortions in places where doulas or a clinic might not be available, there is definitely the option for somebody to do an at-home medication abortion, and to reach out to a doula via phone or Zoom.

Verywell Health: What are the ways that people can support those in Texas who may be seeking an abortion?

Bloom: Be there for your people, plain and simple. Just be there as a support person for somebody who needs support as a friend.

The Doula Project also has a zine called DIY Doula. It has a lot of resources for people to take care of themselves in that kind of situation. In places where abortion doulas may not be accessible or where getting procedures is hard, people have found that information useful.

Verywell Health: What else would you like people to know?

Bloom: Even if you're not in your reproductive years or not somebody who's capable of becoming pregnant, it really matters to everybody that people aren't able to access the health care they need.

If you can't manage your own life because somebody is not letting you, you're going to feel less like a person with agency. It really is all connected. It's not just about this one procedure, or just about people who could get pregnant, or people who could get pregnant who don't want to be pregnant. It really is about people's right to be seen as human beings and run their own lives.

To help people seeking abortions, you can donate to organizations on the ground in places with restricted access to reproductive services. Most importantly, Bloom says, support people in your life who may experience abortion or are making a difficult reproductive health choice. 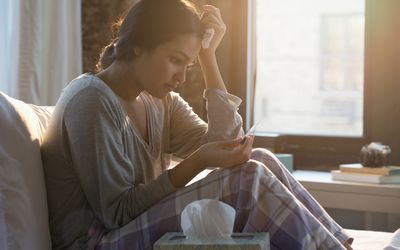 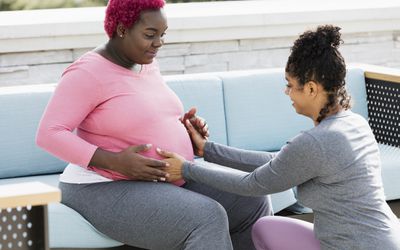 What Is a Doula? 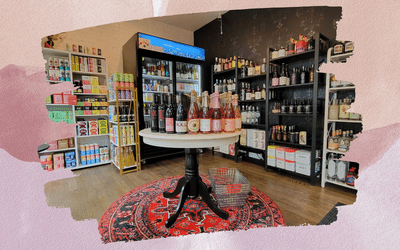