Atrophic gastritis is a condition that affects nearly 8% of the population. It is a form of chronic gastritis that changes the cells in the stomach lining, where stomach acid is made. It can cause several symptoms, such as stomach pain and tiredness, but it may also present without any symptoms.

Atrophic gastritis usually is caused by a bacterial infection or an autoimmune response. Treatment is focused on managing the underlying condition. This article will cover atrophic gastritis causes, symptoms, and treatment. It will also discuss prevention and risk factors.

It is often caused by either a Helicobacter pylori (H. pylori) bacterial infection or an autoimmune response. Atrophic gastritis has also been linked to an increased risk of stomach cancer.

There are two common causes of atrophic gastritis: a bacterial infection and an autoimmune response.

Bacterial infection by H. pylori is the most common cause. An H. pylori infection is common, affecting about two-thirds of the population. This bacterium can cause other stomach conditions as well, such as peptic ulcers, stomach cancer, and mucosa-associated lymphoid tissue lymphoma (MALT).

Autoimmune atrophic gastritis occurs when the body attacks the healthy cells in the stomach lining. This leads to decreased stomach acid production and the loss of intrinsic factor, a protein that helps the body absorb vitamin B12.

Those with autoimmune atrophic gastritis can have significant vitamin B12 deficiency anemia, which is called pernicious anemia.

Acute vs. Chronic vs. Atrophic Gastritis

Gastritis is the inflammation of the stomach lining.

Acute gastritis is a short-term condition that is caused by stomach irritants like medication, alcohol, and diet. It usually resolves when the irritation is removed.

Chronic gastritis is a persistent, low-grade version of this condition that is usually caused by an H. pylori infection.

Atrophic gastritis is when chronic gastritis also involves cell changes in the stomach lining causing atrophy and a decrease in stomach acid production.

How Does Stomach Inflammation Happen?

Stomach inflammation refers to the swelling and irritation of the lining of the stomach. It can happen from an H. pylori infection, autoimmune response, bile reflux, or lifestyle factors. Lifestyle factors can include:

When the stomach is exposed to these factors or infectious germs it can respond by becoming irritated and swollen.

One of the main risk factors for atrophic gastritis is an H. pylori infection. According to the Centers for Disease Control and Prevention (CDC), certain populations have a higher likelihood of acquiring H. pylori. These populations include:

Autoimmune atrophic gastritis was formerly thought to be a disease mainly affecting older women of northern European ancestry. However, it has been found in people of all ages, ethnicities, and genders.

There is no perfect way to prevent gastritis. However, there are ways to reduce your risk of developing the condition, including:

People with atrophic gastritis may not have symptoms until late into their disease. This makes it difficult to diagnose and treat promptly.

When atrophic gastritis is caused by an H. pylori infection, it can cause the following symptoms:

Autoimmune atrophic gastritis symptoms are generally a result of the vitamin B12 deficiency called pernicious anemia. These symptoms can include:

Diagnosis for atrophic gastritis starts with a health history review and physical exam by a healthcare provider. Based on their findings, additional testing may be ordered.

Blood tests may be used to look at gastric function, but the gold standard diagnostic test is an upper endoscopy, also known as an esophagogastroduodenoscopy (EGD).

An EGD is a small scope inserted into the mouth, advanced through the esophagus, and passed into the stomach. With a small camera on the end, it can take images of the stomach and also remove tissue for biopsies. An EGD can confirm the gastritis diagnosis.

If a healthcare provider suspects an H. pylori infection, they may order a blood, stool, or breath test to diagnose the infection.

Atrophic gastritis treatment is focused on managing the underlying cause of the condition.

Since the majority of people with atrophic gastritis have an H. pylori infection, it is important to treat and eliminate that bacterium. H. pylori treatment involves taking a proton pump inhibitor (PPI) and two antibiotics for the prescribed length of time.

If the patient has vitamin B12 deficiency, supplements, or intravenous (IV) infusions may be used to restore their levels.

An affected gastric mucosa can return to normal in some people who successfully have their H. pylori infection treated.

A 2017 study showed less than 2% of people with atrophic gastritis got stomach cancer.

While there is a link between atrophic gastritis and cancer, it is not guaranteed. It's important to look at other risk factors, like alcohol consumption and age, which may play a factor in the development of stomach cancer.

Immediate management of atrophic gastritis involves antibiotics (as appropriate) and PPI medications. The American Gastroenterological Association (AGA) recommends a routine EGD to look for stomach cancer and other stomach changes. The AGA recommends performing an EGD every three years in people with advanced atrophic gastritis. 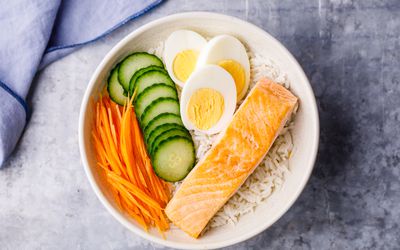 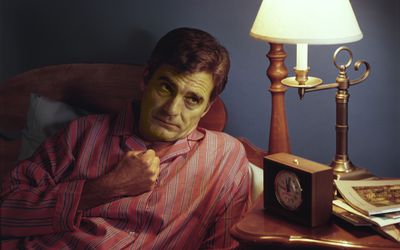 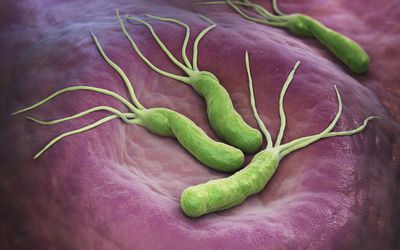 Can Prilosec Cause Stomach Cancer? 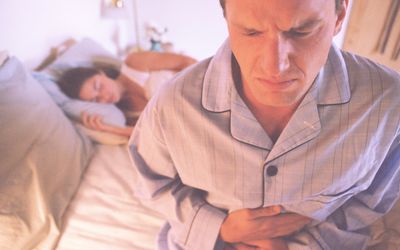 An Overview of Achlorhydria 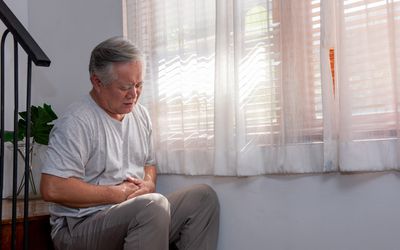