Women With Autism: How Autistic Traits May Differ

Autism spectrum disorder (ASD) is a developmental disorder typically diagnosed at or before age 3. Its symptoms can range from mild to severe and usually include social and communication delays, repetitive behaviors, restricted interests, and sensory challenges such as over-reactivity to light, sound, or touch.

The criteria for autism have changed over time. In 2013, several categories of autism, including Asperger syndrome and pervasive developmental disorder not otherwise specified, were removed from the "Diagnostic and Statistical Manual of Mental Disorders, Fifth Edition" (DSM-5), which is the diagnostic "Bible."

Today, everyone with autistic symptoms, whether mild or severe, receives an ASD diagnosis. This article will look at common symptoms of autism, autism in women, causes, diagnosis, support, and treatment.

According to the Centers for Disease Control and Prevention's (CDC) 2020 review of 2016 data (the most recent data available), about 1 in 54 American children are autistic—and only about 1 in 4 autistic children are female. While the 1-to-4 ratio is still considered accurate, other researchers have found that the ratio may actually be closer to 1-to-3.

The difference may result from using "gold standard" diagnostic tools that seem to be more appropriate for boys than for girls. It seems likely that many girls with autism do not receive accurate diagnoses until much later than boys. Some are not diagnosed until adulthood despite having had autism symptoms since early childhood.

Autism is a neurodevelopmental disorder that impacts people of all genders and races. Because autism is a spectrum disorder, people with the diagnosis are very diverse.

For example, some are highly intelligent, while others have severe cognitive challenges. Some are unable to use spoken language, while others are eloquent. Some prefer solitude, while others are relatively gregarious. Symptoms of autism must be present before age 3, even if the diagnosis itself isn't made until much later.

Everyone who is accurately diagnosed with autism has some level of difficulty with communication. Some of the most common speech-related challenges include:

In addition to difficulties with speech and body language, people with autism have difficulty with social communication. These, like other symptoms, range from relatively mild to extreme and may include:

Communications Challenges for People With Autism

When the criteria for autism changed in 2013, the DSM-5 added a new set of symptoms to the list: "Hyper- or hyporeactivity to sensory input or unusual interest in sensory aspects of the environment (e.g., apparent indifference to pain/temperature, adverse response to specific sounds or textures, excessive smelling or touching of objects, visual fascination with lights or movement)."

Autism is rarer in females than in males. In fact, one major researcher in the field, Simon Baron-Cohen, wrote that autism is a manifestation of the extreme male brain.

There does seem to be a real difference in the number of females who are actually diagnosed with autism versus the number of males. But this so-called "female protective effect" is still being explored.

In recent years, it has become clear that autism is underdiagnosed in females. There are a number of reasons for this:

Because fewer females have autism, fewer females with autism have been included in studies. More attention is now being paid to how autism manifests in females.

While girls on the spectrum may be better than boys at imitation, their skills may be only skin deep. In general, autistic girls have difficulty establishing and maintaining peer relationships.

Some common comorbidities among girls with autism include:

In most cases, the cause of autism is unknown. Autism is, however, a highly heritable disorder; in other words, there is a genetic component to autism, and it runs in families. Many people with autism are also known to have unique genetic mutations which are not inherited. In addition, some known causes of autism include:

There is no medical test for autism, so diagnosis is based on observation and specific tests. Typically, autism is diagnosed in children as opposed to adults, and diagnosis is usually carried out by a developmental pediatrician, psychologist, or neurologist with the participation of experts in speech and physical development.

Parents fill out a variety of questionnaires about their child's infancy and toddlerhood and respond to questions about their child's development, behavior, and skills. In addition, clinicians may use various hands-on and observational tools to determine whether a child is autistic and which, if any, comorbidities exist.

Adults with autism are often diagnosed by psychologists and psychiatrists with strong expertise in autism.

There is no cure for autism. There are, however, a wide range of treatments available. While some treatments are medical and must be prescribed by a doctor, others are behavioral and/or developmental and may be provided by a therapist or even a parent.

Because there is no absolute "best" treatment for autism, parents often have the final word when choosing treatments for their children. Some of the most common treatments include:

People diagnosed with autism as adults are typically quite high functioning; as a result, many are more likely to seek support through cognitive (talk) therapy. Some adults also seek out social skills coaching, sensory integration therapy, and support groups made up of autistic self-advocates.

Autism is more common among males than females, but females are also underdiagnosed and/or diagnosed at a later age. This occurs because females appear to be better at camouflaging their symptoms and imitating neurotypical behaviors.

It's also the case that girls' symptoms go unrecognized because of cultural norms and stereotypes. Girls with autism are more likely than boys to have comorbidities such as anxiety, anorexia, and obsessive-compulsive disorder.

If you or your daughter is experiencing one or more of the symptoms of autism, and you have concerns, it's always worthwhile to explore the possibility of an autism diagnosis.

Evaluation may result in an autism diagnosis, but it may also turn up other, related issues such as ADHD, anxiety, or obsessive-compulsive disorder which also require treatment.

While there is no "window of opportunity" for treating autism, and treatment can make a positive difference at any age, there is good evidence to show that early intervention is ideal. 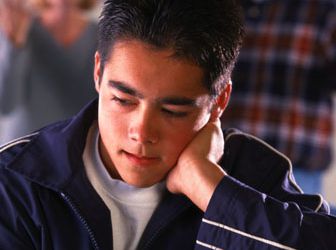 5 Reasons Symptoms of High-Functioning Autism Can Be Missed