No single symptom is a sign of autism, and no two children with autism have the same symptoms. There are no medical tests that can tell you whether a child has autism, and there are no hard and fast rules to diagnose it.

In some cases, it can be tough for even a professional to diagnose an autism spectrum disorder. But if your child has several of the following symptoms—and they can't be linked to any other disorder—it might be a good idea to consider an autism screening or evaluation.

This article will discuss what symptoms you should look for if you suspect your child may have autism.

When you have a child with autism, there's a good chance you will notice some possible red flags. Your child may have:

When doctors determine if a child has autism, they look at a child's communication skills. They carefully consider prosody and pragmatic language.

Prosody is the tone, volume, and speed of speech. Pragmatic language is the way a person participates in conversation. This includes taking turns while speaking, staying on topic, or showing interest in what someone else says.

Here are some signs that a child is having trouble with communication skills:

Difficulties in Playing With Other Children

Children with autism interact in unusual ways with objects, toys, and potential playmates. They are most likely to prefer playing alone rather than with other children. They may even demand that playmates interact with them in certain predictable ways.

Children with autism often view the world as something concrete and literal. They may struggle with abstract concepts and using their imagination. Here are just a few examples of the way kids with autism like to play:

For example, kids with autism may be highly sensitive to taste and sounds. Bright lights may be overwhelming and certain kinds of touch may feel extremely uncomfortable to a child who has autism.

Co-existing medical and mental health issues are often missed in children because people assume the issues are related to autism. These include epilepsy, injuries, gastrointestinal problems, mood disorders, allergies, and numerous other medical conditions.

Some people with autism may show less common symptoms. But these symptoms provide a hint that there may be a developmental issue.

These issues may include:

A 2009 study from the University of Wisconsin suggests that as many as one in 10 people with autism have these types of abilities to varying degrees.

If you've read through this checklist and find that your child seems to show some of these symptoms, now is the right time to seek an autism evaluation.

You can also seek an evaluation before your pediatrician suggests it. Parents are often the first to notice their child's differences and delays. That's because pediatricians only see children once a year or when the children are sick. They may not have a chance to see what you notice every day.

There really is no downside to getting an evaluation for your child. While you may discover that your child is not autistic, chances are you've discovered some issues that should be addressed while your child is young.

If your child has autism, now is a great time to start them on therapies that can give them the tools they need to be successful.

Symptoms of autism vary among both children and adults. But if your child displays symptoms such as communication difficulties, difficulties in playing with other children, sensory differences, or certain other medical conditions, you should get your child evaluated.

If you suspect your child may have autism, it's normal to be a bit worried. Contact your child's pediatrician to get an evaluation. If you learn that your child has autism, your pediatrician can connect you with the resources you need to help your child lead a happy, healthy life.

How High Functioning Autism Is Diagnosed in Adults
7 Sources
Verywell Health uses only high-quality sources, including peer-reviewed studies, to support the facts within our articles. Read our editorial process to learn more about how we fact-check and keep our content accurate, reliable, and trustworthy.
Additional Reading 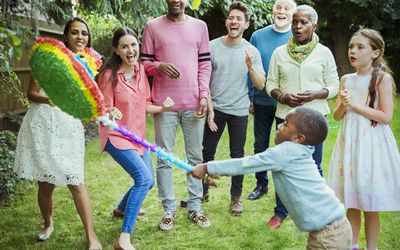