The signs and symptoms of autism are usually seen before age 3.﻿﻿ They include impairments in communication, social interactions, and responsiveness, as well as possible obsessive or repetitive behaviors.

The National Institutes of Mental Health has created a list of symptoms that are often seen in autism. It's important to bear in mind that none of these symptoms on their own is likely to indicate autism. Autism is a pervasive developmental disorder, which means that a child must have many of these symptoms in order to qualify for a diagnosis.

By the same token, however, many children reach early milestones on time (or even early) and still qualify for an autism spectrum diagnosis. While some children may seem to develop typically for a while and then develop symptoms, others may have obvious symptoms from infancy.

Early signs and symptoms of autism include:

Symptoms of autism must be present before the age of 3 to qualify for a diagnosis.﻿﻿ Some children, however, have mild symptoms that may not be obvious at a very young age. Such children may, as a result, be diagnosed after age 3.

When that happens, it's usually because they have several later indicators, such as:

If symptoms such as these suddenly appear in a child older than 3, and those symptoms were definitely not present from an earlier age, the child would not qualify for an autism diagnosis. The child would, however, almost certainly receive a different developmental or psychiatric diagnosis.

People with autism are more likely to experience:

Autism has many proposed sub-groups, which often align with the presence of other conditions.

Symptoms in Boys vs. Girls

The vast majority of people diagnosed with autism are boys and men. This may be, in part, because autism tends to look very different in girls and women and, as a result, it may not be recognized as often.

In general, boys with autism show overt symptoms such as stimming (pacing, flicking fingers, rocking). They may be quite loud, get upset easily, or become angry when required to take part in activities that are outside their comfort zone. These behaviors naturally draw the attention of parents, teachers, and doctors.

Girls and women with autism, on the other hand, tend to be very quiet and withdrawn. They are often loners who choose not to participate in group activities. Because many accept the cultural notion that girls are often quiet and unengaged, these behaviors are much easier to mistake for shyness or normal social reticence.

Of course, there can be wide variations depending on the individual.

Association With Other Conditions

Most of the symptoms of autism are also symptoms of other developmental and mental health disorders. As a result, it is not unusual for children with autism to have multiple diagnoses.

In addition, people with autism seem to be more prone to other problems not listed in the diagnostic criteria.﻿﻿﻿These problems include sleep disorders, gastrointestinal disorders, self-abusive behavior, and more.

The Diagnostic and Statistical Manual of Mental Disorders (DSM-5) includes specifiers for these co-existing conditions:﻿﻿

It can be very tough for a parent to determine whether behaviors are symptoms of autism or just ordinary variations in development. How much lining up of toys is excessive? How much desire for repetition is normal?

There is also the possibility that some developmental differences are caused by non-autism-related issues. For example, not responding to a name could very well be a symptom of hearing impairment. Late talking could be due to aphasia or apraxia of speech.

To properly diagnose autism, professionals use a set of specific tests that actually measure a child's symptoms. They may also decide that your child should undergo testing for hearing impairment or speech issues that are unrelated to autism.

For that reason, if you're concerned about your child, take your concerns to your pediatrician. If the pediatrician is not able to help, and you still have worries, it may be time to make an appointment with a developmental pediatrician or another diagnostician.

While people with autism have many challenges, they often have extraordinary strengths and positive attributes. If you are concerned that someone you care about may have autism, remember that a diagnosis is just a way to describe a set of traits and challenges. It doesn't change anything except access to treatments and services that might otherwise be out of reach.

Causes and Risk Factors of Autism
10 Sources
Verywell Health uses only high-quality sources, including peer-reviewed studies, to support the facts within our articles. Read our editorial process to learn more about how we fact-check and keep our content accurate, reliable, and trustworthy.
Additional Reading

What Are Gender Stereotypes?
Women With Autism: How Autistic Traits May Differ 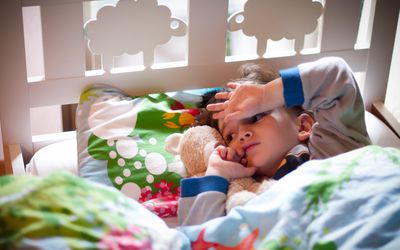 What Are the Early Signs of Autism? 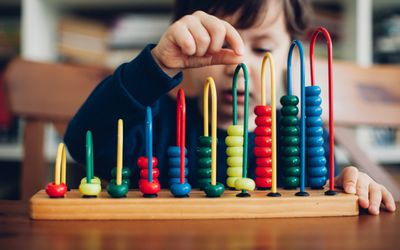