Autoinflammatory diseases are newly categorized disorders caused by gene mutations that cause one part of the immune system to malfunction—the innate part. These conditions are marked by fevers, rashes, joint and muscle pain, abdominal pain, and systemic (all-over) inflammation that is often evident in bloodwork.

Most autoinflammatory diseases are genetic, start in childhood, and will continue into adulthood. They will affect multiple family members. There are instances where one of these conditions is acquired and occurs as a result of a new gene mutation.

Examples of autoinflammatory diseases include:

According to the National Human Genome Research Institute, FMF affects 1 in 200 people from these backgrounds. It can also affect other ethnic groups although the frequency in those groups is much less.

FMF is usually diagnosed in childhood. It causes short episodes of fever that can last one to three days, accompanied by muscle or joint inflammation, a skin rash, or both. These attacks can start as early as infancy or in early childhood. Between attacks, people affected by FMF will not have symptoms.

While there is no cure for FMF, treatment can relieve or prevent symptoms. FMF can be managed as long as a person with the condition sticks to their treatment plan.

Familial cold autoinflammatory syndrome (FCAS): This syndrome causes episodes of fever, an itchy or burning rash, and joint pain after exposure to cold temperatures. FCAS is an extremely rare condition affecting one out of every one million people.

Muckle-Wells syndrome (MWS): MWS is a form of CAPS caused by genetic mutations of the CIAS1/NLRP3 gene and passed down through generations of families. Most families share common symptoms and severity.

This condition causes periods of skin rash, fever, and joint pain. It can lead to hearing loss and kidney disease. MWS is rare, and while it has been reported in many parts of the world, the prevalence of the condition is unknown.

Neonatal-onset multisystem inflammatory disease (NOMID): NOMID is a disorder that causes ongoing inflammation and tissue damage to the nervous system, skin, and joints, and recurrent episodes of mild fever. People with NOMID have skin rash present at birth and that persists throughout their lives.

NOMID can cause chronic meningitis— inflammation of the tissues of the brain and spinal cord. It can also cause intellectual disability, hearing loss, and vision problems. NOMID is extremely rare with only about 100 cases reported worldwide.

Of these three conditions, the mildest form is FCAS and the most severe is NOMID, with MWS being an intermediate type.

CAPS is inherited in an autosomal dominant pattern—that means the diseased is transmitted from one parent who has the disease and carries an abnormal copy of the gene. Since everyone has two copies of all of their genes, the risk that an affected parent can pass a gene mutation to their child is 50%, although new mutations can occur.

TNF receptor-associated periodic syndrome (TRAPS) is a rare, genetic disease that causes recurrent episodes of fever lasting a week or more. Along with fever, TRAPS will also cause chills, muscle and abdominal pain, and a spreading skin rash.

TRAPS affects about one person in every million people. It is the second most common autoinflammatory disease. TRAPS results from a gene defect in a tumor necrosis factor receptor protein and is inherited through an autosomal dominant inheritance pattern.

Fever episodes will occur without reason. Episodes may come about because of triggers like an injury, infection, stress, and hormone changes. These episodes—called flares—can begin at any age, but most people have the first episode during childhood.

The parents of a person who inherits an autosomal recessive condition will both carry one copy of the mutated gene without showing signs of the condition. These conditions are not normally seen in every generation of an affected family.

DIRA causes severe skin and bone inflammation and it may affect the internal organs. If this condition goes untreated, a child with the condition may suffer from severe damage to their body, including the skin, joints, and internal organs. DIRA can be fatal especially in early childhood.

Bone and joint inflammation can cause the skin over the affected areas to be inflamed as well. Children with DIRA experience intense chronic pain that may affect feeding and growth and cause severe suffering.

DIRA is caused by a mutated IL1RN gene, and researchers have been able to treat people with the condition using a synthetic form of human IL1RA. A brand-name IL1RA synthetic medication is Kineret (anakinra), which along with other IL-1 inhibitor drugs, would be needed for a person’s entire life.

A new mutation can also cause HIDS. But having the mutation does not mean you will develop the condition.

Symptoms of HIDS start as early as the first year of life. Bloodwork associated with HIDS will show MVK mutations and elevated levels of inflammation during flares. HIDS is a lifelong condition, but it may improve in adulthood.

HIDS causes attacks that start with chills and a fever that can last for days. Additional symptoms include:

The intensity of a HIDS flare will taper off after a few days. Flares will occur often and can be triggered by trauma or stress.

Both autoimmune and autoinflammatory diseases involve immune system malfunction. They may cause similar symptoms, such as joint pain and swelling, rashes, and fatigue.

What is distinct between these two types of disease categories is their underlying causes. Differences in their causes mean these diseases are not treated the same. They can also cause different long-term problems and complications.

The body’s innate immune system isn’t specific or adaptive. Rather, it will use white blood cells and acute inflammation (short-term inflammation) to attack a pathogen.

The most common symptom of autoinflammatory conditions is recurrent fever.

Because these conditions cause systemic inflammation, they may affect multiple organs and body systems.﻿﻿

Complications associated with these conditions can include:

A diagnosis of an autoinflammatory disease can be made with a physical examination, a review of family medical history, bloodwork, and genetic testing. Here is what may be expected:

Genetic tests for autoinflammatory conditions are not used as a lone tool for diagnosis.﻿﻿ This is because having a gene mutation doesn’t mean a person will develop the condition associated with it.

The goals of treatment for autoinflammatory diseases are to reduce inflammation and suppress the overactive immune system response. Therapies will also help to control recurrent fever, pain, and other symptoms produced from the inflammatory response.

Corticosteroid therapy and nonsteroidal anti-inflammatory drugs (NSAIDs) are used early on to treat inflammation. But corticosteroids cannot be used long-term because they can cause serious side effects like elevated eye pressure, fluid retention of the legs, high blood pressure, mood swings, cognition problems, and weight gain.

Colchicine, the preferred treatment for a type of arthritis called gout that is caused by the formation of uric acid crystals in a joint, has been successful in treating familial Mediterranean fever and preventing complications associated with the condition.

Antitumor necrosis factor (TNF) therapy has also been used successfully to treat several types of autoinflammatory diseases. Other biologics such as Anakinra (Kineret) and Ilaris (canakinumab) ,which block a protein call interleukin-1, have shown efficacy in a number of these conditions.

Autoinflammatory diseases are complex in their causes, symptoms, and how they are treated. They are also challenging to live with, but researchers are continually working to recognize and diagnose these conditions.

Research on treating autoinflammatory diseases is growing and researchers continue to look for better treatments to target parts of the innate immune system that become overactive.

If any of these conditions run in your family, talk to your healthcare provider about concerns you may have for your children. And if you notice symptoms of any of these disorders in your child or if you develop these as an adult, get in touch with your practitioner. The sooner a diagnosis can be made, the easier it can be to treat these conditions and prevent complications.

How the Immune System Works
18 Sources
Verywell Health uses only high-quality sources, including peer-reviewed studies, to support the facts within our articles. Read our editorial process to learn more about how we fact-check and keep our content accurate, reliable, and trustworthy. 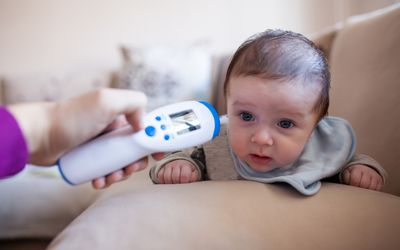 What Are Periodic Fever Syndromes? 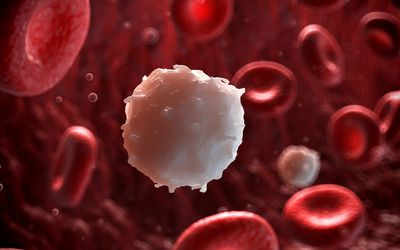 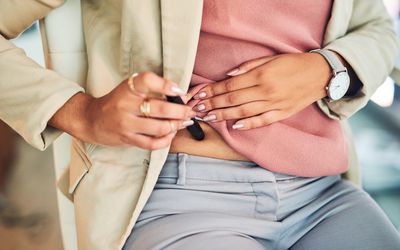 What to Know About Kineret (Anakinra)