Axial spondyloarthritis (axSpA) is a progressive form of inflammatory arthritis that may worsen over time without appropriate treatment. AxSpA primarily affects the spine and pelvis but can also affect other joints, tendons, and ligaments. The types of axSpA include non-radiographic axial spondyloarthritis (nr-axSpA) and ankylosing spondylitis (AS).

The progression of axSpA isn't predictable and varies from person to person. It is essential to learn as much as you can about axSpA progression to keep your healthcare provider apprised of changes as they occur.

AxSpA sometimes starts as non-radiographic axSpA and progresses into ankylosing spondylitis. Other times, AS is the initial diagnosis.

Nr-axSpA is typically diagnosed when someone experiences inflammation of the spine and other symptoms of AS, but there is no evidence of damage to the bones and joints on an X-ray. People assigned female at birth are more likely to be diagnosed with nr-axSpA.

According to a 2018 Expert Review of Clinical Immunology report, 40% of people with nr-axSpA will go on to develop AS. AS will cause inflammation in the spine that leads to damage to the small bones of the spine called the vertebrae. Such damage will be evident on X-rays and magnetic resonance imaging (MRI) of the spine.

A common misconception about axSpA is that it is primarily diagnosed in people assigned male at birth. However, newer research suggests axSpA male-to-female prevalence ratio is 1.03-to-1. More females, however, are diagnosed with nr-axSpA, likely due to a more mild disease pattern.

AxSpA causes inflammation of the spine and joints in the body. For most people, the symptoms of axSpA are worse in the morning and after periods of inactivity. The duration and severity of symptoms will change over time and as the condition progresses.

Initially, signs of axSpA will be subtle or last for short periods. But over time, they will worsen. They will also go through periods of remission (little or no symptoms) and periods of flare-ups (worsening symptoms over a short period).

Early signs and symptoms of axSpA include:

AxSpA is an autoimmune disease that occurs when the immune system malfunctions and attacks healthy tissues—mainly the small bones of the spine and SI joints linking the pelvis to the spine.

While researchers are yet to confirm a definitive cause, they have identified risk factors that might contribute to axSpA development.

Many researchers treat AS progression as a continuum.

At the first stage of that continuum, a person with axSpA will experience symptoms of the condition but have no evidence of joint or bone damage that can be seen on imaging.

In the second stage, joint changes are visible on X-rays and MRI scans, and the condition is more likely to be diagnosed as AS. In advanced AS, joint damage has occurred and cannot be reversed.

Nr-axSpA is the less severe form of axSpA. The term "non-radiographic" means no joint or bone damage can be seen on X-rays.

If you report back pain and other symptoms of axSpA, a healthcare provider might order X-rays to determine what might be causing your back pain. If X-rays do not show changes in the spine and pelvis, your provider might request an MRI to look for active inflammation and early bone and joint changes.

The prevalence of nr-axSpA is similar to that of AS. Nr-axSpA tends to affect people assigned female at birth more often than males.

Radiographic axSpA is what researchers sometimes refer to as early AS. It occurs because nr-axSpA gradually worsens. There will be noticeable changes in the joints of the spine and pelvis.

AS is a condition whose progression varies from person to person. Some people will never have symptoms beyond back pain and stiffness. Others will go on to have serious movement problems, spinal fusion, and peripheral disease problems.

As ankylosing spondylitis inflammation worsens, it will affect other body areas. For example, some people might experience enthesitis (inflammation at the entheses) in the ribs, shoulders, hips, and heels.

They might also experience eye inflammation or psoriasis (an inflammatory skin disease) as AS advances. AS is also associated with inflammatory bowel disease (Crohn's disease and ulcerative colitis).

Some people with AS will go on to have a more severe disease pattern. The most advanced form of axSpA leads to a bamboo spine (a fused spine).

Spinal fusion happens when new bone grows (widespread syndesmophyte formation) between the small joints of the spine, joining them. The worse this gets, the less movement there is in the spine. The process occurs slowly but can lead to complete spinal fusion over time.

People who develop a bamboo spine will have severe mobility problems and breathing troubles from rib cage expansion. According to a 2021 Mayo Clinic Proceedings report, bamboo spine affects around 34% of males and 12% of females with radiographic axSpa.

Spinal fusion—even if mild—can also increase your risk for fractures. Advanced AS can also affect the nerves at the base of the spine leading to a condition called cauda equina syndrome (CES).

CES is a rare neurological complication of long-standing AS. Research shows no clear answers to what might cause CES, and no proven therapies have been reported. Some researchers believe that chronic enthesitis at the vertebral column leads to a process that eventually causes nerve damage.

While CES is rare, especially with the many available therapies for AS, it is still essential to be aware of the symptoms.

Symptoms of CES include:

Nr-axSpA is not always a precursor to AS. One 2017 population-based study published in the journal Arthritis & Rheumatology found a minority group (26%) of people with nr-axSpA that progressed to AS when followed for up to 15 years. This study's authors suggest nr-axSpA can occur over a long period before it progresses to AS.

When nr-axSpA goes on to become AS, the process is unpredictable. Symptoms that might indicate progression to AS are worsening inflammatory back pain, enthesitis, eye inflammation, and inflammatory bowel disease. Spine and joint inflammation will worsen and lead to damage that will now be seen on imaging.

Researchers are trying to understand why some people progress to AS and others do not. They speculate that risk factors play a part, including family history, male sex, and high inflammatory markers.

It might be possible to prevent progression from nr-axSpA to AS. One study reported in 2018 in the journal Annals of Rheumatic Diseases found people with both AS and nr-axSpA who were treated with the tumor necrosis factor (TNF) blocker Cimzia (certolizumab) had low spinal progression over time.

The current thought is that disease-modifying antirheumatic drugs (DMARDs) and biologics may help prevent progression and damage in this disease.

The outlook for axSpA varies from person to person. For some, the condition waxes and wanes through periods of flare-up and remission. Changes in the joints and spine might occur, but you can remain fully independent and not experience disability.

People who experience severe disease might eventually become disabled when the bones of the spine fuse or they experience damage to other joints, such as the hips or knees.

Thanks to modern treatments, axSpA typically does not affect life expectancy. Even so, it might be associated with other life-threatening complications, such as spinal fractures, osteoporosis (progressive bone thinning), cardiovascular disease, severe infections, and kidney disease.

How to Slow the Progression of axSpA

There are many available treatments for axSpA, which are valuable in slowing down disease progression. Since inflammation is a primary symptom of axSPA, reducing inflammation may lead to slower progression and prevent damage to the spine and other joints.

Treatments for axSpA include:

Axial spondyloarthritis is a progressive form of inflammatory arthritis. It primarily affects the spine and pelvis but can affect other body areas, including the peripheral joints and the entheses.

Once there is radiographic evidence, a person might be diagnosed with ankylosing spondylitis. Left untreated, AS can lead to a more advanced and severe disease with spinal fusion and other disease complications, including spine fractures, osteoporosis, and eye inflammation.

AxSpA progression can be slowed down, and spine damage and disability do not have to occur. Treatments to help manage the effects of the disease include medicines, such as DMARDs and biologics, physical therapy and exercise, and surgery, as needed. 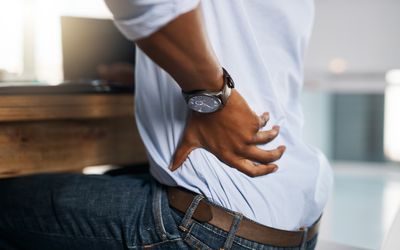 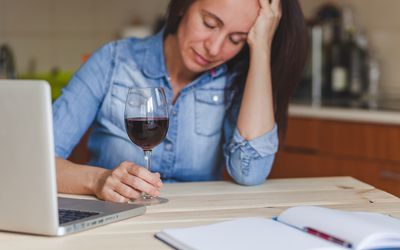