Bullfrog's Mosquito Coast works for up to 8 hours

We independently research, test, review, and recommend the best products. Healthcare professionals review articles for medical accuracy. Learn more about our process. If you buy something through our links, we may earn a commission.

Not only are bug bites uncomfortable and annoying—some can also make you sick. For example, mosquitoes can carry diseases like malaria, the Zika virus, and West Nile fever; while tick bites can cause Lyme disease, ehrlichiosis, and babesiosis. And that’s where bug sprays come in.

Bullfrog's Mosquito Coast lasts up to 8 hours and is water-repellant for up to 80 minutes. If you're looking for a more natural repellant, we recommend All Terrain's Herbal Natural Insect Repellent.

According to Adam Mamelak, MD, a board-certified dermatologist practicing in Austin, Texas, most bug sprays are actually bug repellents. “As opposed to killing insects like insecticides, repellents mask the carbon dioxide naturally produced by the body, forming a smell that insects don't like,” he tells Verywell Health. “Different repellents will claim to defend you from a certain set of insects, but not necessarily all insects and bites,” Dr. Mamelak says.

When shopping for a bug spray, "consider the consistency of the product, its length of effectiveness, and its smell. Make sure the spray you purchase serves your needs," he says. We researched dozens of bug sprays and evaluated them for effectiveness, duration, cost, and ingredients.

Here are the best bug sprays on the market today.

We chose Bullfrog Mosquito Coast bug spray as our top choice because it feels smooth on the skin, and lasts up to eight hours while protecting with SPF 50 sunscreen. Though some people refuse to try anything without DEET, this one is highly effective and doesn’t come with a strong chemical smell. Plus, it's DEET-, PABA-, and paraben-free.

Those looking for a bug spray without artificial chemicals have somewhat limited options—especially since natural insect repellents leave many people feeling as though they’re wearing no protection at all.

All Terrain Herbal Armor uses natural oils to help ward off insects and has a relatively inoffensive smell (for a bug spray) while being safe for skin and the environment. While it doesn't last as long as some other bug spray options, it can be reapplied without irritating the skin. 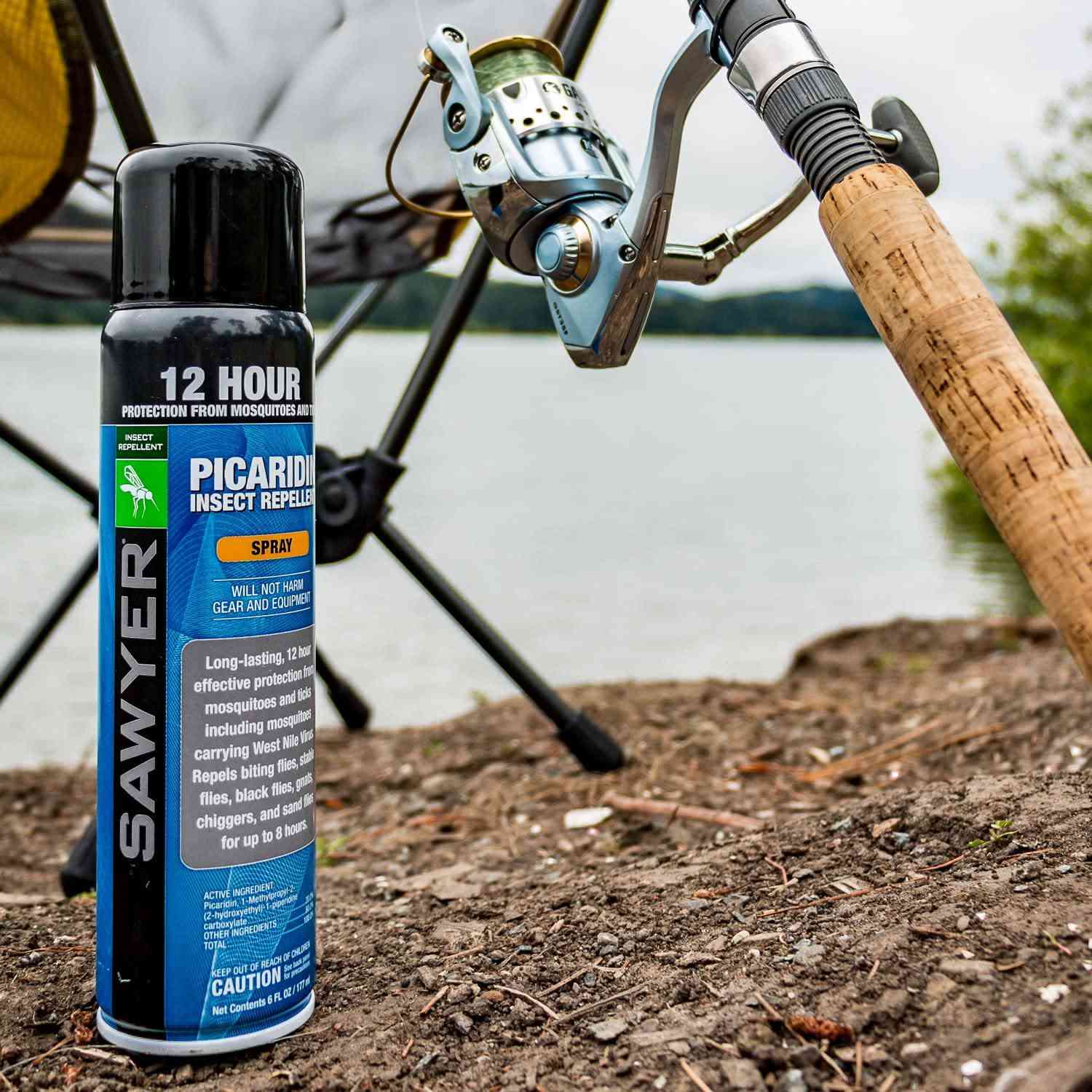 This bug spray from Sawyer Products has gained a loyal following of outdoor enthusiasts. That is at least partially thanks to its ability to offer up to 12 hours of protection against mosquitoes and ticks, and up to eight hours of protection against flies, gnats, and chiggers. The other big reason is that it sprays evenly and dries quickly, without the usual sticky or greasy residue.

What the Experts Say

“Picaridin is a synthetic chemical that mimics piperidine, a compound naturally found in black pepper plants that's capable of repelling bugs. Unlike DEET, it doesn’t have an odor or oily finish, and is better tolerated by patients with sensitive skin. Look for fragrance-free preparations.” — Adam Mamelak, M.D., a board-certified dermatologist practicing in Austin, Texas

The Best Sunscreens That Have You Covered Year-Round

If you’re looking for a safe and effective bug spray for kids, Stacy Chimento, M.D., a board-certified dermatologist with Riverchase Dermatology in Miami, Florida, recommends Off! Family Care Picaridin bug spray to her patients, because it contains 10% picaridin, which she says “provides long-lasting protection without making you feel greasy, oily, and sticky.” 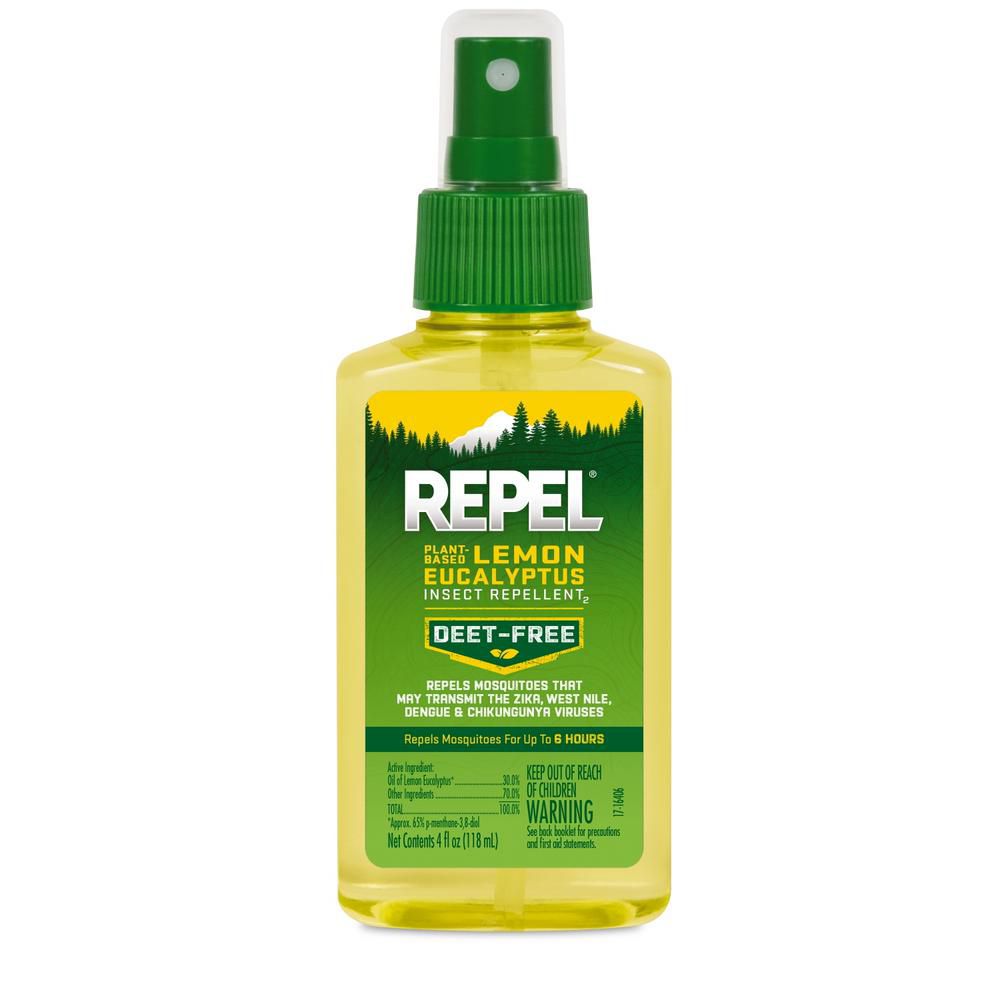 Repel Lemon Eucalyptus Insect Repellent has somewhat of a polarizing scent. Some people really like the citrusy fragrance, while others find it to be a little too medicinal, not to mention on the strong side. But smell aside, it does provide effective protection against bugs that bite using a relatively gentle formula.

“Repel is an alternative to DEET; great for those looking for a ‘natural’ alternative and wanting to avoid chemicals,” Dr. Mamelak says. However, it's important to be aware that oil of lemon eucalyptus may not be any safer (or indeed as safe) as DEET.

Unlike the other products on the list which can be applied directly to the skin, this insect repellent from Sawyer Products is sprayed on your clothing, shoes, tent, backpack, and anything else you’re carrying outdoors in an area prone to ticks.

Though it also helps keep other insects away from you, it’s one of the few treatments out there that is truly effective at repelling ticks, thanks, in part to its active ingredient: permethrin. “For extra protection, apply permethrin to your clothing,” Dr. Mamelak explains. “A powerful synthetic insecticide, permethrin can also protect against fleas, ticks, and a number of other insect threats.”

Active Ingredients: Permethrin | Form: Spray (for clothing/gear only: not skin)

Best for Mosquitoes: OFF! Deep Woods 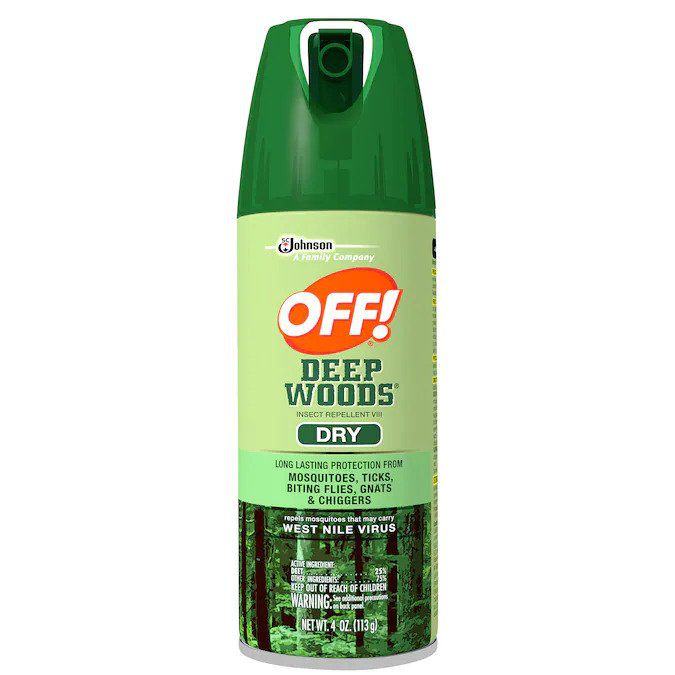 When it comes to bug spray, once people find something that works, they tend to stick with it. And that’s the case with Off! Deep Woods. “It’s a reliable product that has been around for years, and readily available at supermarkets, grocery stores and pharmacies,” Dr. Mamelak says. “DEET is also considered one of the standard ingredients to which others are compared and measured for their efficacy.”

For people with sensitive skin, even small amounts of chemicals or fragrance can trigger a reaction—which is what makes Proven Insect Repellent Spray a good choice. “Those with sensitive skin should avoid bug spray with DEET, as this active ingredient is oily and can irritate the skin,” Chimento says. “Picaridin is less likely to make your skin feel greasy and less likely to cause an allergic skin reaction or irritation.”

The 10 Best Sunburn Relief Gels and Lotions of 2022

When it comes down to protection and convenience, it’s hard to beat Bullfrog Mosquito Coast Bug Spray (view at eBay). Though it doesn’t contain DEET—which for some is a dealbreaker—it is highly effective at keeping biting insects at bay, even without using the common chemical. The continuous spray bottle makes it easy to apply, while also leaving the skin without that tacky feeling you can get after putting on insect repellent. But the fact that it contains sunscreen with an SPF of 50 is the real clincher. Not only does that save time, but it also can make it easier to get kids appropriately coated in both sunscreen and insect repellent without (too much of) a fight.

What to Look for in a Bug Spray

The most important thing to look for when shopping for bug spray is the active ingredient(s). With a range of natural and chemical-based products available, it may take some trial-and-error to find out that works best for you. “You should look for insect repellents containing one or more of the following ingredients: DEET, picaridin, IR3535, oil of lemon eucalyptus, or para-menthane-diol,” Dr. Mamelak says. “Insect repellents containing DEET are considered some of the most effective.”

The concentration of ingredients in a bug spray matters just as much as the ingredients themselves. “According to the American Academy of Pediatrics, insect repellents should contain no more than 30% DEET and should not be applied to newborns and children under two months of age,” Dr. Mamelak explains.

In some situations, knowing the concentration of active ingredients can help you pick a bug spray based on how long you’re going to be outside. If you’re only spending a short time outdoors—as in, two hours or fewer—products containing a low level of picaridin or DEET (5-10%) will suffice, Chimento says, while a bug spray that contains at least 20% DEET or picaridin is a better option when spending longer periods (like eight to 10 hours) outside.

How it Feels and Smells on the Skin

In order for a bug spray to be in any way effective, it has to be something you’re willing to spray on yourself and/or your clothing. So if you can’t stand the way it feels on your skin, you’re probably not going to use it. For example, “DEET repellents can have an oily finish on the skin,” Dr. Mamelak says, which may cause some people to avoid it.

An insect repellent’s scent can also mean the difference between using it and venturing off into the woods without protection. No one expects to love the smell of bug spray, but you want to at least be able to tolerate it. For instance, “lemon eucalyptus oil can have a rather potent smell that sometimes can be overpowering,” Dr. Mamelak notes, while others will choose that aroma over the one of chemicals every time.

And though they likely won’t be as effective as the sprays on the list, some people find that wearing certain essential oils can be beneficial. “Lavender, peppermint, basil, garlic and eucalyptus smell great in their own right and also help repel mosquitoes,” Thomas Marbut, general manager and corporate trainer at Mosquito Squad tells Verywell Health.

What the Experts Say

“Ingredients to look out for in bug spray include picaridin, DEET, oil of lemon eucalyptus, or other plant oils, such as soybean. These ingredients will provide the longest, most effective protection.” — Stacy Chimento, M.D., a board-certified dermatologist with Riverchase Dermatology in Miami, Florida

As a seasoned health writer and editor, Elizabeth Yuko is always on the lookout for new (and research-backed) products, techniques, and services that can help people cope with their health challenges and needs.

Was this page helpful?
Thanks for your feedback!
What are your concerns?
Related Articles