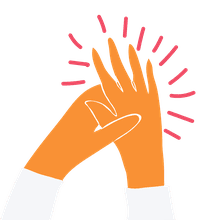 More in Arthritis
View All
Our editors independently research, test, and recommend the best products; you can learn more about our review process here. We may receive commissions on purchases made from our chosen links.

"Reviewers maintain it is a perfect pain treatment product."

"It is specially formulated for those with arthritis."

"The non-greasy formula is packaged nicely in a tube with a fuss-free twist cap, and can be used on up to two joints."

"Many users attest that it is as effective as NSAIDs and even prescription medications."

"These can be worn all day and night to help relieve the aches and pains that come with arthritis."

According to the Centers for Disease Control and Prevention (CDC), 54.4 million American adults—nearly one out of four—suffer from doctor diagnosed arthritis.﻿﻿﻿ But, what is arthritis and how is it caused? Abhijeet Danve, MBBS, MD, a rheumatologist at Yale Medicine, explains that arthritis results from either degenerative change in the joints, especially loss of cartilage (called osteoarthritis) or inflammation in the lining of joints (called inflammatory arthritis).

“There are several different types of inflammatory arthritis,” Dr. Danve explains. The most common are gout, rheumatoid arthritis, lupus, psoriatic arthritis, among others. “Sometimes inflammation can occur from infections such as Lyme disease, Hepatitis B or Hepatitis C,” he adds.

Obviously the type of treatment you should take is dependent on the type of arthritis you suffer from. Osteoarthritis, the most common type of arthritis worldwide, impacting an estimated 32.5 million American per the CDC, is generally treated with over-the-counter pain medication.﻿﻿﻿ Many health experts maintain that NSAIDs—ibuprofen and Naproxen—are the most effective in alleviating pain. “Naproxen is slightly safer than Ibuprofen,” Dr. Danve points out. However, before turning to the heavier drugs, he suggests trying an acetaminophen—aka Tylenol—first.

“Patients drinking alcohol on a regular basis should avoid more than three grams Tylenol per day to avoid liver toxicity,” he adds. Alternatively, patients who have gastric ulcer, kidney disease, heart disease and those on blood thinners should avoid NSAIDs.

There are also topical treatments for arthritis, the most impactful being diclofenac gel, an over the counter treatment for local application to superficial joints, “effective in the majority of the patients.”

As for those with inflammatory arthritis, Dr. Danve suggests consulting with their rheumatologist, “as there are several medications available and choice depends on disease severity, comorbid conditions, and patient preferences.”

Here are the most effective over-the-counter medications and treatments for arthritis.

Buy on Amazon Buy on Riteaid.com Buy on Walgreens.com

The American College of Rheumatology and the Arthritis Foundation maintain that nonsteroidal anti-inflammatory drugs (NSAIDs) are some of the most effective OTC remedies for managing osteoarthritis pain.﻿﻿﻿ Of the genre, Motrin IB is one of the more popular drugs. Each of the 225 coated capsules in this bottle are extremely small and easy to swallow, but offer 200 milligrams of fast-acting ibuprofen. The Arthritis Foundation recommends taking 1200 to 3200 mg of ibuprofen daily, broken up into three or four doses.﻿﻿﻿

Buy on Amazon Buy on Riteaid.com Buy on Walgreens.com

Dr. Danve suggests trying acetaminophen prior to any NSAIDs. Tylenol 8-Hr Arthritis pain is specially formulated for those with arthritis. Each bottle is filled with 100 extended-release tablets containing 650 mg of acetaminophen. One of the things that users appreciate about it compared to other similar products is that each tablet features two layers of pain relief—the first fast-acting, and the second lasting up to eight hours—making it a great option for overnight treatment. The Arthritis Foundation suggests using the smallest possible dose to start, then increasing as needed not to exceed 4000 mg daily.﻿﻿﻿

Buy on Walgreens.com Buy on Bed Bath & Beyond

Dr. Danve recommends diclofenac gel as an effective topical treatment for arthritis. Until recently, this popular diclofenac sodium 1% treatment was only available by prescription, with many claiming that it cost up to $80 a pop. Unlike other topical pain treatments, it penetrates into your skin to actually treat your pain instead of masking it. The triple effect product, an emulgel (combination of cream and gel) formula is immediately cooling and moisturizing, and in addition to pain relief also improves mobility and reduces stiffness. The non-greasy formula is packaged nicely in a tube with a fuss-free twist cap, and can be used on up to two joints—hands, wrists, elbows, feet, ankles, or knees—at a time. Dosage details vary, but it can be applied four times a day for up to 21 days.

Buy on Amazon Buy on Iherb.com

There is some scientific evidence supporting the herb turmeric curcumin combined with black pepper as an effective anti-inflammatory treatment.﻿﻿﻿ BioSchwartz, a highly regarded supplement company, has created a highly rated, natural pain relief alternative using this research. BioSchwartz Turmeric Curcumin are basically high potency turmeric pills enhanced with bioperine. Each capsule contains 1500 mg of turmeric curcumin with 95% standardized curcuminoids per serving and 10 mg of bioperine (black pepper, curcumin with black pepper) a formula that can be effectively absorbed to maximize results. While it can be used to treat a variety of pain-related ailments, it is incredibly popular within the arthritis community. Many users attest that it is as effective as NSAIDs and even prescription medications. It is also all natural, non-GMO, no fillers, binders or preservatives, and free of soy, gluten, milk, egg, wheat, GMOs, peanuts, sweeteners, shellfish, and sugar.

Buy on Amazon Buy on Walgreens.com Buy on Fsastore.com

All types of arthritis can impact the hands, causing pain and inflammation. Along with other types of topical and oral treatments, arthritis gloves are a doctor recommended tool to reduce pain and swelling to improve hand function. While there are a number of highly rated arthritis gloves on the market, IMAK Compression Arthritis Gloves are one of the only to have received the stamp of approval from the Arthritis Foundation.﻿﻿﻿ “IMAK Arthritis Gloves can be worn all day and night to help relieve the aches and pains that come with arthritis,” they explain on their website. The under $20 cotton and breathable Lycra gloves are fingerless, so they won’t get in the way of your daily activities while they provide mild compression for warmth and aid in circulation.

Knee arthritis can make it hard to do many everyday activities, such as walking or climbing stairs, according to the American Academy of Orthopaedic Surgeons.﻿﻿﻿ A knee brace can be a helpful tool for anyone suffering from arthritic pain in their knees, they maintain. “A brace assists with stability and function, and may be especially helpful if the arthritis is centered on one side of the knee,” they explain. The NEENCA Knee Brace uses contoured gel pads to surround and support the kneecap as well as double-sided metal spring stabilizers that fit tightly with the knee joint. Ultimately it disperses pressure, offers joint support, and reduces overall pain—even during rigorous physical activity.

The 8 Best Knee Braces for Arthritis of 2021

There isn’t a one-size-fits-all approach to treating arthritis. As Dr. Danve explained, there are a number of types, with each person experiencing a different severity of pain. While you should approach arthritis treatment on a case-by-case basis, there are a few treatments that are more all-encompassing than others. For example, Motrin IB and Tylenol 8-Hr Arthritis Pain treatments are appreciated by those who suffer from all types of the condition. In addition to an oral treatment, Voltaren Arthritis Pain Gel is a highly regarded topical treatment. Additionally, if you suffer from arthritic pain in a specific joint, there are wearable options as well. Bottom line: only you and your medical practitioner can determine the best treatment plan.

What to Look for in an OTC Arthritis Treatment

Type of Arthritis: The first thing to consider when choosing an arthritis medication is the type of arthritis you are suffering from and also the severity of your symptoms. Also, a big factor in deciding treatment options is where your pain is located.

Preexisting Health Conditions and Other Medications: If you are considering an NSAID or acetaminophen, make sure it doesn’t counteract with other drugs you are taking or any pre-existing conditions. For example, anyone with gastric ulcer, kidney disease, heart disease, and those on blood thinners should avoid NSAIDs. Alternatively, heavy drinkers should avoid Tylenol as the combination can contribute to liver toxicity.

As an internationally recognized health writer and product guru, Leah Groth understands that nobody wants to waste their time or money on products that fail to rear results. Over the years, she has interviewed the world's top health experts and reviewed hundreds of items, to help readers like you discover the most effective health gadgets, goops, and aids that will help you look and feel your very best.