Despite progress made in curbing HIV (human immunodeficiency virus) nationwide, these improvements aren't equal. A new Centers for Disease Control and Prevention (CDC) shows that disparities still persist among new HIV diagnoses, with Black Americans being diagnosed at a larger proportion than others.

The new data shows that Black Americans are diagnosed with HIV at a rate that’s about four times higher than rates for all other racial groups combined. Black adults accounted for 43% of the nation’s HIV diagnoses.

Additionally, the CDC found that rates of new HIV diagnoses among Black adults were higher in communities with the highest social vulnerability index (SVI). This index uses census data to determine the potential negative effects on the health of communities that are caused by external factors and stressors, such as natural or human-induced disasters and disease outbreaks.

Using data obtained from the National HIV Surveillance System (NHSS) and the 2018 CDC SVI, CDC researchers examined 13,807 diagnoses of HIV infection among Black adults in 2018 and the association between HIV infections and social vulnerability.

“Although social vulnerability does not explain all the disparity in HIV diagnosis, the study shows that Black adults in communities with high SVI scores might find it harder to obtain HIV prevention and care because of various factors,” Demetre Daskalakis, MD, MPH, director of the Division of HIV Prevention at the CDC, told Verywell via email.

The CDC outlines resources to support people living with HIV. Call the HIV/AIDS toll-free hotline to connect with agencies to see what services you are eligible for. If you’re struggling to afford health insurance or health services, you may qualify for the Ryan White HIV/AIDS program to get access to medical care.

Despite efforts to reduce transmission, HIV continues to disproportionately impact Black Americans and other vulnerable groups. Daskalakis said that the study underscores the continuing and urgent need to address the social determinants that contribute to disparities and deliver better HIV prevention and care to people who need it most.

The Department of Health and Human Services announced the Ending the HIV Epidemic in the U.S. initiative in 2019, which aims to reduce new HIV infections in by 90% by 2030 by leveraging scientific data in HIV prevention, diagnosis, treatment, and outbreak response.

Through the initiative, the CDC and other government health agencies are partnering to allocate “resources to communities that could benefit from key, science-based HIV prevention strategies that are scaled up in innovative ways to reach populations equitably,” Daskalakis explained.

“The development and prioritization of interventions that address the conditions in which people are born, grow, live, work, and age, are critical to addressing those experiencing an increased risk of HIV infection among Black adults living in communities with higher SVI scores,” Daskalakis said.

And if implemented correctly, “these interventions might help prevent HIV transmission and reduce disparities among Black adults,” Daskalakis added.

Understanding the Impact of HIV in Black Men
4 Sources
Verywell Health uses only high-quality sources, including peer-reviewed studies, to support the facts within our articles. Read our editorial process to learn more about how we fact-check and keep our content accurate, reliable, and trustworthy. 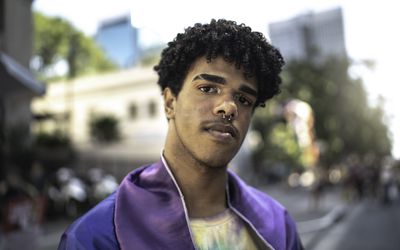 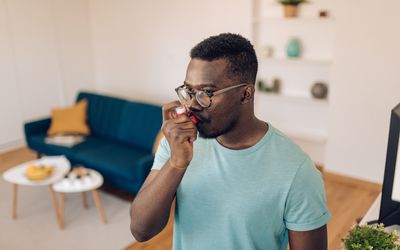