Vaginal bleeding in between periods is common. It can range from spotting (a drop or two of blood) to heavy bleeding. Some causes, like medications and perimenopause, are not a concern. But bleeding after one period is over and before the next one starts can sometimes be a sign of a potentially more serious condition.

For example, spotting after your period can be a sign of miscarriage, a hormonal condition, or cancerous or noncancerous growths. Bleeding that is accompanied by vaginal discharge can indicate an infection.

This article will go over the most common reasons for bleeding between periods. You'll also learn when to call your healthcare provider.

Why Am I Bleeding When I'm Not on My Period?

Spotting After a Period

A tinge on your toilet paper or a drop or two of blood in your underwear is likely to be spotting. Your healthcare provider will only consider bleeding to be "spotting" if it occurs before or after your period and does not require you to use a pad or tampon.

You're probably used to seeing bright red or slightly dark red blood when you're on your period. If you're spotting, the blood might be lighter (pinker) or darker (brown). Older blood is usually brown or even close to black.

If you have an infection, you may have vaginal discharge along with spotting. Depending on what is causing the infection, the discharge can be white, yellow, or green.

Why Am I Bleeding After Sex?

Light to Heavy Bleeding Between Periods

More substantial bleeding in between periods may or may not be worrisome:

What Is Normal Menstrual Bleeding?

Normal menstrual bleeding lasts for about five to seven days. The average menstrual cycle has about 28 days between periods, but it's still normal to have a cycle that's anywhere from 21 to 35 days.

Most people who menstruate get to know their cycles over time. Although it may seem like you are losing a lot of blood, it usually only adds up to around 2 to 3 tablespoons per period.

About 14 days after the start of your period, your ovaries release an egg. This is called ovulation. Some people notice spotting during ovulation, which can be normal. However, you should tell your provider if you notice it.

If the egg is not fertilized, a period starts approximately two weeks after ovulation. During a period, the uterine lining is shed because it's not needed to support a pregnancy.

Why Am I Spotting and Not Having a Period?

Causes of Spotting and Light Bleeding

There are several possible causes of light bleeding between periods.

Spotting can occur during pregnancy. There are a few different causes, some of which are serious:

Bleeding between periods can also happen because of your birth control method.

Is It Normal to Have Spotting While on the Pill?

If you have certain medical conditions related to your hormones, you might be more likely to experience spotting between periods.

Should You Worry About Spotting After Menopause?

Infections are another common cause of bleeding between periods.

Can PID Cause Bleeding Between Periods?

There are also some other causes of spotting between periods:

It can be useful to keep track of your menstrual cycle using a calendar or app. This information can help your healthcare provider figure out whether or not any spotting or bleeding outside your cycle is a concern.

If you think you might be bleeding too heavily, also make a note of how many pads or tampons you go through in a day.

Any unexplained vaginal bleeding between periods is a reason to call your provider. It is especially important to call if you haven't yet gone through puberty or if you are past menopause.

When Is Bleeding Between Periods an Emergency?

If you are experiencing heavy bleeding or you also have pain, fever, dizziness, chills, nausea, or vomiting, seek medical care right away.

When you see your provider about bleeding or spotting between periods, they will ask about your medical history. If you've been tracking your menstrual cycle, that information will help them.

Some questions your provider may ask:

If you are pregnant or recently had a miscarriage or abortion, let your provider know. You should also tell them if you've been injured or undergone any gynecological or surgical procedure recently.

If you’re seeing a provider for the first time, they’ll want to know how old you were when you first started having periods. They will also ask if you are sexually active, and which birth control method you use.

Remember to tell your provider about any prescription or over-the-counter (OTC) medications (including herbal supplements) that you are taking.

Your provider might give you a pelvic exam including a Pap smear if you haven't had one or it's been a while since your last one. They might want you to have additional tests, such as blood tests or imaging tests, to help them make a diagnosis.

Differences Between Periods and Spotting

The treatment for bleeding between periods depends on what's causing it. Medications like birth control or antibiotics for infections might be prescribed. In some cases, your provider might want you to have a procedure or surgery.

Many people experience spotting or bleeding between periods. Most of the time, a little bleeding when you're not on your period is not a reason to worry.

However, if you're also having other symptoms like pain, spotting between periods can be a sign that something is wrong.

If you experience any vaginal bleeding, light or heavy, tell your healthcare provider. That's the only way to find out for sure what is causing it—and make sure you get the right treatment.

7 Things You Should Tell Your Gynecologist

Why Does Sex Hurt?
19 Sources
Verywell Health uses only high-quality sources, including peer-reviewed studies, to support the facts within our articles. Read our editorial process to learn more about how we fact-check and keep our content accurate, reliable, and trustworthy.
Additional Reading 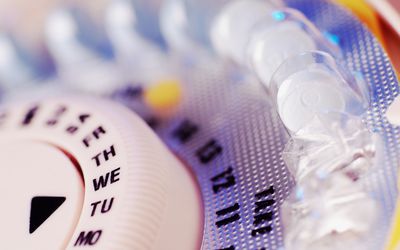 Spotting Between Periods While on Birth Control 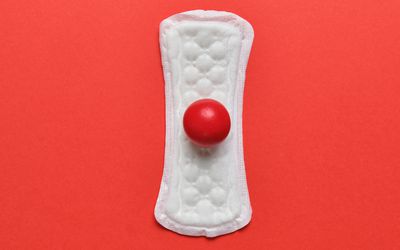 Is It Spotting or My Period? Signs, Differences, and Causes