Decoding the Facts and Figures

When learning about cancer, you run into many different numbers, statistics, facts, and figures. It's sometimes confusing to understand what's what. Let's look at some breast cancer statistics and review what they mean.

The survival rate and prognosis for most breast cancer stages are pretty good. New methods to diagnose and treat breast cancer early are changing how people manage this disease, and this has improved survival.

Cancer is a clump of abnormal cells in a tissue, usually due to a genetic mutation that lets them grow out of control. These out-of-control cells form lumps of mutated tissue called tumors. When these form from the tissue of the breasts, they’re classified as breast cancer.

Inside female breasts, there are 15 to 20 lobes of tissue made up of lobules containing milk-producing glands and ducts that transport it to the nipple. Cancers can start anywhere, but they usually arise from the cells in the ducts or lobules.

Cancer can spread through the circulatory system to the lymph nodes, which they can use like bus stations to spread to the rest of the body. There are many lymph nodes near the breasts—around the chest, neck, and armpits.

Many times cancer will spread to these nodes from the breasts; this is called regionally spreading. Cancer that has spread further than those nodes is called metastatic breast cancer.

Stages go from 0 to IV depending on how large the original tumor is, how many lymph nodes have been colonized with cancer, and how far it has spread to other areas of the body.

One of the most important breast cancer statistics is how common it is. More than a quarter of a million women are diagnosed with breast cancer every year, 15.3% of all new cancer cases.

Almost 13% of women will be diagnosed with breast cancer at some point during their lives. According to the American Cancer Society, more than 3.5 million women are currently living with breast cancer or have been treated for it.

The chance that any given woman will die from breast cancer is about one in 39 (about 2.6%). According to the National Cancer Institute, more than 40,000 breast cancer patients died in 2020.

For women in the United States, breast cancer has the highest mortality rate for any cancer besides lung cancer.

A little over 2,500 cases of breast cancer in men are diagnosed each year. These cancers are usually more advanced when diagnosed, and therefore harder to treat and with a worse prognosis.

One stark statistic: While death rates generally follow these stats, the death rate is higher in Black women than in White women by almost eight people per 100,000.

According to SEER, the median age at diagnosis for female breast cancer is 62. More than half of newly diagnosed breast cancer patients are between the ages of 55 and 74. Black women are more likely to be diagnosed with breast cancer under 45 than White women.

The Centers for Disease Control and Prevention (CDC) has some interesting data from 2017 about the geographic incidence of breast cancers. The 10 states with the highest rates of breast cancer per 100,000 women are:

The 10 states with the lowest rates of breast cancer are:

In the 1980s and '90s, the breast cancer diagnosis rate surged due to massive improvements in getting those at risk screened. While a surging cancer rate doesn’t sound good, it actually means these cancers are being caught earlier and are more likely to respond to treatments and have a better prognosis.

The breast cancer diagnosis rate dropped between 1999 and 2004 due to a decreased dependence on hormone replacement therapy for peri- and postmenopausal women after a large study found a link between these drugs and breast cancer. In the last few years, cancer rates have increased slightly, about 0.3% to 0.5% a year.

Guidelines set forth by the United States Preventive Services Task Force recommend mammograms every two years for women 50-74. Women 40-49 should talk with their healthcare providers about screening, the recommendations for which will likely be guided by their risk level and family history.

Mutations—including those in the BRCA genes—are the root of about 5% to 10% of breast cancers. BRCA mutations are more common in Ashkenazi Jewish women, though mutations that increase your breast cancer risk are widespread.

Because of increased genetic screening for these mutations, more women and men find out early that they may have increased cancer risk. They can then take preventative measures (sometimes having their breasts and ovaries removed) or get screened for cancers early and often to ensure they’re caught early if they do develop.

You might notice the data we’re talking about here is years old. It takes a long time to collect, process, and analyze this data. For a statistic like a five-year survival rate, we have to wait at least five years to see what happens to those patients in that time. This data doesn’t, therefore, reflect the latest developments in treatments, prevention, and screenings, but the treatments that were available five years ago.

The SEER database uses a more generalized staging system than the 0 to IV staging typically assigned to breast cancers. Instead of categorizing cancers from 0 to IV, they call them localized, regional, or distant.

Though new case counts are rising over the last few decades, the death rate is steadily dropping. We’re seeing a 1.4% decrease in death rates each year between 2009 and 2018. This was mostly in women 50 and older, likely due to treatment advances and screening to help catch cancers earlier. The five-year survival rate is also improving—from about 75% in 1980 to 90% now.

According to the American Cancer Society, we’ve seen a drop in breast cancer mortality of 40% from 1989 to 2017. This has saved more than 375,000 lives. Treatments are steadily being developed, including new types like immunotherapy and targeted therapies.

People diagnosed now with breast cancer likely have a better outlook than those diagnosed five or more years ago.

If you’ve been diagnosed with breast cancer or know someone who has, there’s plenty of room to be hopeful. The prognosis is very good for many breast cancer stages and subtypes, especially when these cancers are caught early. Talk to your healthcare provider about self-screening for breast cancers and when you need to start having mammograms. 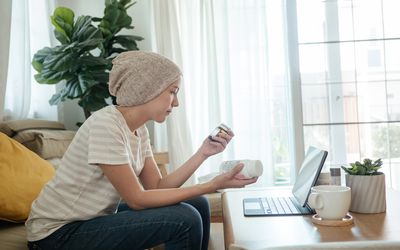 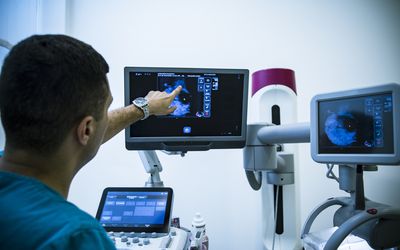