The Anatomy of the Bulbourethral Glands

Adrienne Dellwo
Adrienne Dellwo is an experienced journalist who was diagnosed with fibromyalgia and has written extensively on the topic.
Learn about our editorial process
Medically reviewed by Jamin Brahmbhatt, MD

The bulbourethral glands lie below the prostate gland in the deep perineal pouch. They’re sandwiched between layers of fascia (connective tissue) that make up the urogenital diaphragm and enclosed by fibers of the urethral sphincter muscle.

What Is the Urethra?

The urethra is a duct that carries urine from the bladder to where it’s expelled from the body. In male anatomy, it also is the conduit through which ejaculate (semen) exits the body.

These glands get their blood supply from the artery of the bulb of the penis, which branches off of the internal pudendal artery, and the bulbourethral artery, which is part of the penile artery. Their nerve supply comes from sympathetic fibers of the hypogastric nerve.

Along with the prostate gland and seminal vesicles, the bulbourethral glands secrete components of semen.

While anatomical features can be largely the same from one person to the next, differences do exist. The bulbourethral glands have a few known anatomical variations.

In rare cases, a male embryo doesn’t develop one or both of these glands. When there's a gland only on one side, the abnormality is often associated with a similar lack of development of the kidneys.

When both glands fail to develop, it’s sometimes due to a genetic mutation. It may also be associated with a missing vas deferens (the duct that carries sperm from the testicles to the urethra), which means the ejaculate doesn’t contain sperm (a condition called azoospermia). The only symptom of this abnormality is infertility.

The bulbourethral glands function during sexual arousal. Their alkaline mucus-based secretion, called Cowper’s fluid, has several purposes, some of which it shares with prostatic fluid produced by the prostate gland:

When it leaves the penis by itself, Cowper’s fluid is called pre-ejaculate or, colloquially, precum. It doesn’t contain sperm, which are produced in the testicles. However, it can contain sperm that remained in or “leaked” into the urethra after a previous ejaculation.

When the sperm cells leave the testicles and move up through the vas deferens, Cowper’s fluid, prostatic fluid, and fluids from other glands are added to create semen. Cowper’s fluid generally accounts for less than 1% of the total ejaculate.

The bulbourethral glands typically get smaller as you age.

Several conditions are commonly associated with the bulbourethral glands, including:

This condition involves a cyst (fluid-filled growth) in the duct that leads to the urethra. Also called Cowper’s duct cyst, syringocele is suspected of being congenital (present at birth). It’s somewhat common in children and rarely diagnosed in adults. However, it may be that it's not actually rare in adults, but is instead an underrecognized problem.

The presence of the cyst leads to a change in pressure that causes the duct to dilate (expand). While most cysts are too small to impair the glands’ ability to excrete fluid or interfere with the urethra, larger ones that do form obstructions are possible. Depending on their location and size, they may be asymptomatic or painful.

Syringocele is typically diagnosed in babies and children who have:

The gold standard for diagnosis is urethrography, which is a type of radiology exam using contrast dye. Ultrasound, endoscopy, and magnetic resonance imaging (MRI) can be useful diagnostically, as well.

In most cases of syringocele, the cyst goes away on its own. When treatment is necessary, removal of the cyst is typically accomplished with endoscopic procedures such as cold knife or laser.

Cowperitis involves bacterial infection and inflammation of the bulbourethral gland, which are typically caused by the same pathogens that are responsible for urinary tract infections and treatable with the same antibiotics.

Diagnosis is generally made by bacterial culture with material from the urethra. Symptoms of cowperitis include:

The infection can be acute (short-term) or chronic (long-lasting). Chronic cases are often a complication of syringocele, in which case the cyst may need to be removed for the infection to clear up.

Calcium stones, similar to kidney stones, can form in the bulbourethral glands, especially in older adults, and lead to blockage and infection. In rare cases, they may cause abscesses.

If the stones don’t cause symptoms, they can generally be left alone. In symptomatic cases, though, treatment generally involves surgical removal of the gland itself. Bulbourethral gland stones are most often diagnosed via pelvic ultrasound.

A type of cancer that affects the glands, called adenocarcinoma, can affect the bulbourethral glands and make them irregularly shaped. However, this is very rare.

Typically, cancerous growths will cause narrowing of the urethra and they may or may not involve bloody discharge. Other symptoms may include pelvic pain and rectal discomfort.

Suspected adenocarcinoma of the gland can be confirmed with a biopsy. Treatments generally include radiation and surgery, but chemotherapy may be useful in some cases.

The bulbourethral glands are small glands that lubricate the urethra and tip of the penis. They also contribute fluids to semen. Problems within the glands are extremely rare. 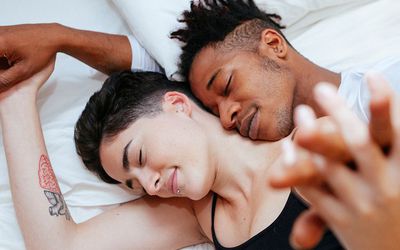 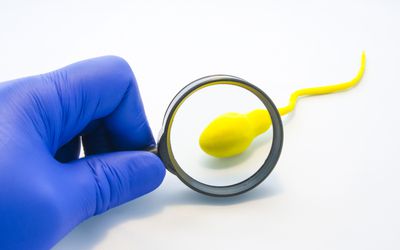 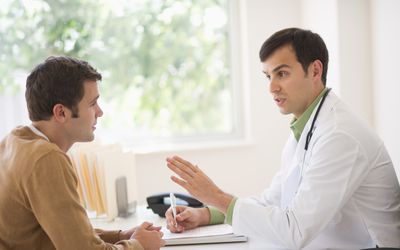 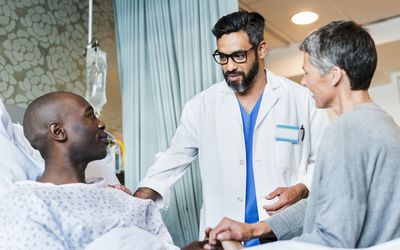