In spite of its fast-growing nature, Burkitt’s lymphoma is often curable with modern intensive therapies. The types of Burkitt's lymphoma include sporadic and endemic, and prognosis of this type of cancer gotten better in recent years.

Read on to learn more about the types, stages, and treatment of Burkitt's lymphoma.

In equatorial Africa, about half of all childhood cancers are Burkitt’s lymphomas. ﻿﻿ The disease involves children much more than adults and is related to Epstein-Barr Virus (EBV) infection in 98 percent of cases. It characteristically has a high chance of involving the jawbone, a rather distinctive feature that is rare in sporadic Burkitt’s. It also commonly involves the abdomen.

The type of Burkitt’s lymphoma that affects the rest of the world, including Europe and the Americas is the sporadic type. Here too, it's mainly a disease in children, being responsible for roughly a third of lymphomas in children in the United States.﻿﻿ The link between Epstein-Barr Virus (EBV) is not as strong as with the endemic variety, though direct evidence of EBV infection is present in 1 out of 5 patients. More than the involvement of lymph nodes, it is the abdomen that is notably affected in more than 90 percent of the children. Bone marrow involvement is more common than in the sporadic variety. Jaw involvement is extremely rare.

This disease can be broken down simplistically into four separate stages (note: this is not complete and there may be overlap in some cases).

Stage I - Stage I disease means that the cancer is present at only one site in the body.

Stage II - Stage II Burkitt's lymphomas are present in more than one site, but both sites are on one side of the diaphragm.

Stage III - Stage III disease is present in lymph nodes or other sites on both sides of the diaphragm.

Stage IV - Stage IV disease includes lymphomas which are found in the bone marrow or in the brain (central nervous system).

As noted above, Epstein-Barr is associated with the majority of cases of endemic Burkitt's lymphoma, as well as some cases of sporadic disease. Being immunosuppressed is a risk factor,﻿﻿ and in Africa, it's thought that malaria may set children up to be more vulnerable to the Epstein-Barr virus.﻿﻿

Burkitt’s lymphoma is a highly aggressive tumor, and often life-threatening. But it is also one of the more curable forms of lymphoma. To understand this it helps to understand that chemotherapy attacks the most rapidly dividing cells. The ability to use chemotherapy has made some of the most aggressive lymphoma and leukemias of the past, the most treatable and potentially curable at the present time.

With current aggressive forms of chemotherapy that use drugs in high doses, and with the availability of new measures to support individuals during intensive treatment, this lymphoma is curable in many patients.

Overall nearly 80% of those with localized disease and more than half the children with more widespread disease are cured. Late relapses are hardly seen.

How Burkitt Lymphoma Is Treated

The prognosis for Burkitt's lymphoma in the United States has markedly improved in recent years. Between 2002 and 2008 the 5-year survival rate went from 71 to 87 percent in children between birth and 19 years of age. For those aged 20 to 39 the survival rate improved from 35 to 60 percent, and for patients older than 40 the survival rate improved as well.﻿﻿ Since that time further improvements in treatments, as well as management of side effects, have taken place.

It can be terrifying to be diagnosed with lymphoma and even worse if it is your child who is diagnosed. Raising a child takes a village to begin with, but you will need your support system more than ever in this case. Reach out to others. This tumor is fairly rare, but via social media, there is an active online community of people coping with this disease that you can get in touch with for support. Lymphoma and leukemia organizations can provide further assistance for you along the way. 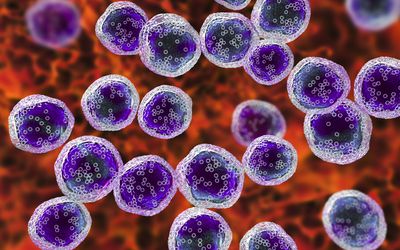 What Is Burkitt Lymphoma? 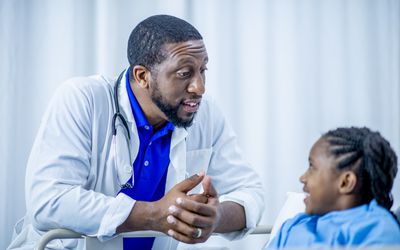 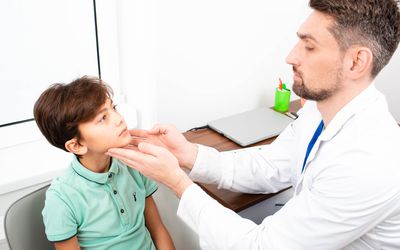 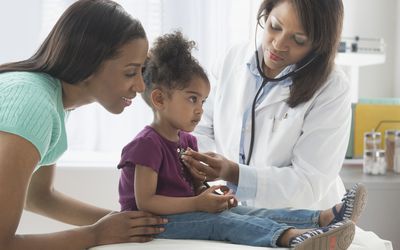 How Burkitt Lymphoma Is Diagnosed