Air fryers are a relatively new appliance designed to be an alternative to conventional deep frying. There are a few ways in which air frying could affect the nutritional content of food and impact your cancer risk. Air fryers use less oil—which avoids the need for reheating oil—and may affect the amount of acrylamide—chemicals that are classified as group 2A carcinogens—that are produced.

But despite potential advantages, it's important to keep in mind that the type of food you eat may, in many ways, be more important than the way in which it's prepared.

Air fryers became available in 2010 as an alternative to deep-frying. Since many people enjoy fried foods, the ability to prepare foods that were crunchy despite using less oil led to their rapid rise in popularity, even though longer cooking times are often required.

When looking at the potential advantages or disadvantages of a cooking method, it's helpful to understand exactly how the food is heated.

Air fryers differ from deep fryers in that they are essentially a countertop convection oven. To heat food, the appliance uses a fan to circulate tiny oil droplets and hot air around the food. The crispiness that's attained is due to fluid being removed from the food in the process.

Air frying and deep frying differ in the amount of oil used, and the use of oil (especially reheated oil) raises some concerns with regard to health. Longer cooking times, however, may lead to increased formation of carcinogens as well. We will take a look at different factors to consider when weighing air frying as a cooking method.

While some oils are thought to be healthier than others, too much of any type of oil can be unhealthy.

Oils and fats have calories. The intake of excess calories can lead to obesity. As the rate of obesity increases in the United States, its link to cancer is becoming more apparent. Rising obesity rates are felt to be behind the increasing incidence of some cancers in young people.

At the current time, being overweight or obese is considered a risk factor for 13 different types of cancer.

In general, much less oil is needed when cooking with an air fryer than a deep fryer. Sometimes only a small amount of cooking spray is needed, and when added to breading, a teaspoon may be sufficient.

In one study, cooking French fries cooked with an air fryer had 75% less fat than those cooked by deep-frying.

One concern about any cooking method is the formation of carcinogens (cancer-causing substances) in the cooking process, such as acrylamide and those that are produced when repeatedly heating oils.

In fast-food establishments, as well as in the home, oil in a deep fryer is often reused to reduce cost. In some countries (such as France, Austria, Japan, Finland, and others), the number of breakdown products in oil (and hence, the number of times oil may be reheated) is regulated. There are currently no regulations in the United States.

In addition to being a possible risk factor for cancer, reheated oil may also be of concern for those who have already been diagnosed with cancer.

In people who have breast cancer, metastatic disease (stage 4 cancer) is responsible for the majority of deaths. Most people with stage 4 breast cancer are initially diagnosed with early-stage breast cancers that later recur, and it's thought that roughly one-third of early-stage cancers will recur at a distant site at some time.

Researchers looked at the potential for repeatedly reheated oil to promote the growth and spread (metastasis) of breast cancer in mice. It was found that mice who were fed reheated oil were much more likely to have their breast tumors spread to their lungs. While there are many differences between mice and humans and we don't know what effect reused oil may have in women with early-stage breast cancers, some physicians recommend that women with breast cancer minimize their exposure to reheated cooking oils until we know more.

Fortunately, as noted earlier, air fryers allow for the use of much less oil and reduce the need to reheat previously used oil.

The Risks of Reheated Oil

Repeatedly heated oil (either eaten or inhaled) has been linked to cancer in population studies, and, at least in mice, has been associated with recurrence and metastasis (spread) of breast and colon cancers. Air frying foods decreased the reuse of oils.

Acrylamides are chemicals that are formed in a reaction between the amino acid asparagine and sugars when starches (such as French fries) are cooked at high temperatures.

At the current time, acrylamide is considered a group 2A carcinogen for humans, though recent studies have cast less concern on these substances. Most studies have failed to demonstrate an association between acrylamide and cancers, with the exception of some possible increased risk for cancers including:

Since air fryers require longer cooking times than deep fryers, there was some concern that acrylamide content of the foods would be higher in air fryer cooked products. A 2020 study looking at air frying (breaded chicken meat), however, found that air frying could reduce the amount of acrylamide formed when compared with deep frying. Air frying also resulted in less formation of polycyclic aromatic hydrocarbons.

For those who remain concerned, a different study found that preheating French fries with a solution of citric acid, glycine, calcium lactate, sodium chloride (table salt), and vitamin B2 (nicotinic acid), compounds that are present in many prepared frozen French fries products, reduced the formation of acrylamide by 90%.

Researchers have raised a few other health concerns that may or may not affect the role of air fryers when it comes to cancer risk.

A 2019 study compared the risk of food poisoning (using a cocktail of salmonella in frozen breaded chicken strips) that was cooked in an air fryer, a deep fryer, a toaster oven, and a conventional oven. While deep frying was most effective in eliminating the bacteria, both the air fryer and toaster oven performed poorly. What this means on a practical level is that cooking instructions provided on packaging for deep fryers may not be adequate for preventing food poisoning when foods are prepared by air frying.

The high temperatures used to cook fish in an air fryer are associated with the formation of cholesterol oxidation products (COPs). COPs, in turn, have been linked to heart disease and some other chronic diseases.

While this is of some concern, it was found that adding mixture of spices to the fish before it was cooked (a combination of parsley and chives was the best) significantly reduced the production of COPs during air frying.﻿﻿﻿

Some people prefer the result of air frying, as foods may be crunchy all around (in contrast, for example, to pan frying). Some may also prefer that the food tastes less greasy.

While safety precautions are certainly still needed with air frying, the reduced need for oil is an advantage.

When looking at the use of an air fryer or deep fryer for cooking, it appears that an air fryer may have some advantages when preparing fried food in a cancer prevention diet. That said, there is a big caveat. Many of the foods that are prepared in an air fryer (for example, French fries and other processed foods) are not the healthiest choices for lowering the risk of cancer or other chronic diseases. 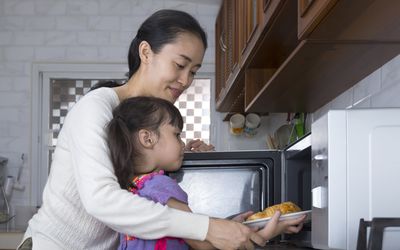 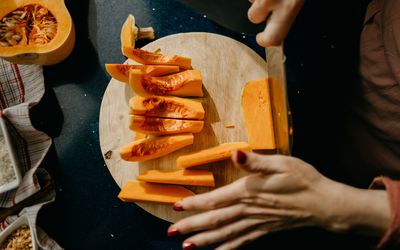 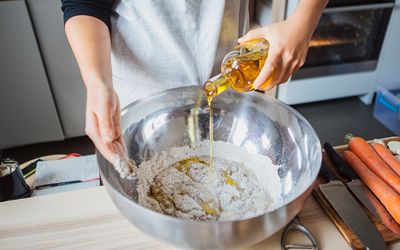 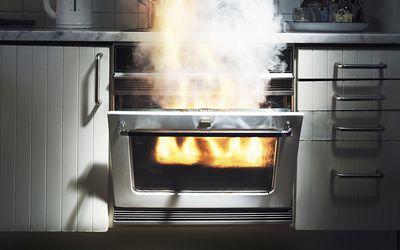 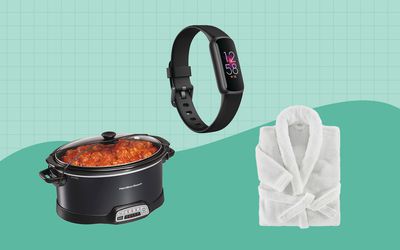 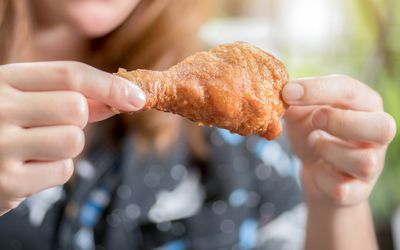 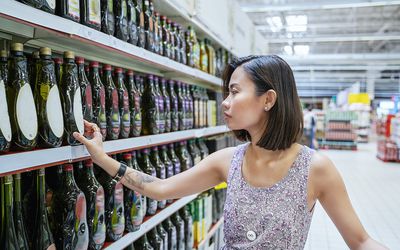