Can People With IBD Also Have IBS?

There is often confusion surrounding irritable bowel syndrome (IBS) and inflammatory bowel disease (IBD): two common conditions of the digestive tract. Both IBS and IBD can cause symptoms of diarrhea, bloating, and pain, but that is largely the extent of their similarities. In most other ways, these conditions are completely distinct from one another and are treated with vastly different methods. Even so, due to their similar names and the overlap of their most-talked about symptoms, some people incorrectly use IBS and IBD interchangeably.

IBS and IBD are different conditions, but is it possible to have both conditions at the same time? One study found that some people may be first diagnosed with IBS before later being diagnosed with IBD (this was true more often for Crohn’s disease than ulcerative colitis).﻿﻿ How would a patient and their caregiver begin to understand if their symptoms are caused by IBS or if they're caused by IBD?

IBS Before a Diagnosis of IBD?

There is a lack of research into the subject, and the idea that both conditions can occur in the same person is still somewhat under debate and eludes widespread acceptance. One meta-analysis noted that some people with IBD continued to have digestive symptoms even when the IBD itself was found to be in remission.﻿﻿ The patients in this study no longer had inflammation in their digestive system that could explain IBD symptoms. Why did those patients continue to experience diarrhea and urgency? The authors came to the conclusion that those patients who continued to experience symptoms consistent with IBS may benefit from treatment that takes both conditions into account. It was found that those patients who had active Crohn’s disease were more likely to experience IBS-type symptoms. Having active IBD was also associated with more prevalent IBS-type symptoms.

Another study done in Manitoba found that before being diagnosed with IBD, patients may have had IBS-like symptoms for 3 years or more.﻿﻿ The authors estimate that as many as 14% of the 396 IBD patients in their study were “likely or possible” to also have IBS. Those patients who might also have IBS had digestive symptoms for a longer period of time before receiving a diagnosis of IBD. The authors concluded that the rate of IBS in patients who have IBD may be similar to the rate of IBS in the general public.

Should IBS Be Treated in IBD Patients?

Just as there is a lack of good research about whether patients with IBD could also have IBS, there is even less insight into how patients with a possible diagnosis of IBS should be treated. Treatment will need to be customized for each patient by their gastroenterologist. There is some speculation that tricyclic antidepressants, which may be used to treat IBS, may be helpful in patients who have IBS symptoms and IBD.

There is still much that is unclear about the possibility of IBS in patients with IBD, and how that affects diagnosis and treatment in the future. The course is still being charted, and there is research being done to untangle the overlap of IBD and IBS-like symptoms in some people. Until the picture is clearer, the best source of information on both digestive conditions — either singly or in concert — is your gastroenterologist.

Ankylosing Spondylitis and IBS: What Is the Relationship?
Why Clinical Remission Is Not the Goal in IBD 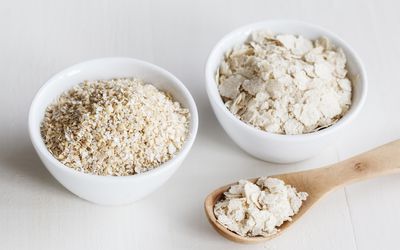