Salmonella is a type of bacteria that belongs to the Enterobacteriaceae family and can cause a foodborne infection known as salmonellosis if a person eats food that is contaminated with waste from an animal or person that contains the bacteria. Both domestic and wild animals can carry this bacteria, and it can be found in pigs, cows, and rodents. It is also found in reptiles such as turtles, iguanas, and bearded dragons. Some pets, including cats and dogs, can also carry the salmonella bacteria.

The infection is most likely to be mild and present with gastrointestinal symptoms such as diarrhea, stomach cramps, nausea, and vomiting. Fever or headaches can also occur. These symptoms will typically appear anywhere from six hours to six days after the initial transmission and last for four to seven days. There are some instances, though, where symptoms can take weeks to show up or can last up to several weeks.

According to the Centers for Disease Control and Prevention, salmonella is quite common and roughly 1.3 million people become ill with the bacterial infection each year in the United States. While the vast majority of cases are mild and lead to a full recovery, it’s estimated that over 26,000 of those who become ill will be hospitalized and 420 people will die.

Some people may become seriously ill or experience life-threatening symptoms, including:

Some people are also more susceptible to the illness if they come into contact with the bacteria, including:

Research has shown that the incidence of salmonella infection is highest among children under 5, followed by those between 5 and 10 years old and people over 85.

Causes and Risk Factors of Salmonella

Even though salmonella complications rarely occur, they can be dangerous or even life-threatening.

Dehydration is a complication that occurs due to the fluid loss that happens when someone has persistent diarrhea and vomiting. When a person continuously loses fluids and cannot replenish them, the body loses water and electrolytes. People who become dehydrated may require hospitalization if the fluids in the body become too low. Dehydration, if not addressed, can lead to serious complications, such as urinary and kidney problems, seizures, low blood volume shock, dizziness, and death.

The only way to treat dehydration is to replenish the body with fluids. This can be done at home by drinking lots of water and other fluids, such as broth, frozen water or ice pops, or sports drinks with electrolytes. For more serious cases of dehydration, intravenous fluid administration at a hospital may be needed.

What Is Salmonella Septicemia?

Those with salmonella infections can also develop reactive arthritis, or Reiter’s syndrome, which is triggered by an infection and causes joint pain and inflammation. The joints that are most commonly affected by reactive arthritis are typically found in the lower limbs or the pelvis. Reactive arthritis can also affect the eyes and the renal system by causing inflammation to occur in the membrane that lines the eyelids as well as in the urinary tract.

Although the condition is rare, it is not as rare as invasive salmonella and has been shown to occur in 4.4% of people who have the infection.

Understanding If Arthritis Is Contagious

Typhoid fever can occur following an infection with the Salmonella enterica Typhi bacteria. It is more commonly found in young adults and children, though it can develop in people of all age groups. Roughly 200 to 300 cases of salmonella-driven typhoid fever are reported in the United States every year.

Although many people recover from typhoid fever, there are some complications that can happen in 10% to 15% of people that have the infection, including:

What to Know About Typhoid Vaccines

Inflammatory bowel disease (IBD) refers to a range of different health conditions that affect how well the gastrointestinal tract functions. They are typically caused by an improper immune system response, environmental factors, and genetics. For those who already have IBD, their condition can worsen following a bout of salmonella.

Research has also found that those without IBD could develop it after being infected with salmonella because of the permanent damage the bacteria can cause to the intestines and microbiota. Salmonella infections are also thought to affect the immune response within the intestines as well as lead to issues with the barrier of the GI tract.

Is There a Cure for Inflammatory Bowel Disease?

The majority of salmonella poisoning will not lead to severe complications or death, but in rare cases the infection can result in death. Globally speaking, there are 93.8 million cases of salmonella infection reported each year, with 155,000 deaths caused by the infection.

The World Health Organization recommends that people follow these safety tips while at home, especially while traveling, to prevent a salmonella infection:

Salmonella is rarely deadly, but it can lead to serious health complications in some cases. Even in the best-case scenario of salmonella poisoning, an uncomfortable illness will occur, so the best way to keep yourself healthy and free from the bacteria is by doing what you can to avoid becoming sick with salmonella.

How Salmonella Is Treated
14 Sources
Verywell Health uses only high-quality sources, including peer-reviewed studies, to support the facts within our articles. Read our editorial process to learn more about how we fact-check and keep our content accurate, reliable, and trustworthy. 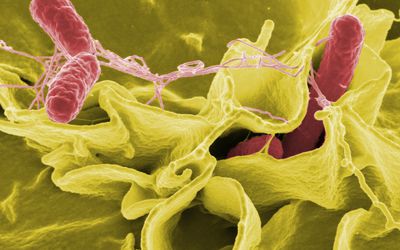 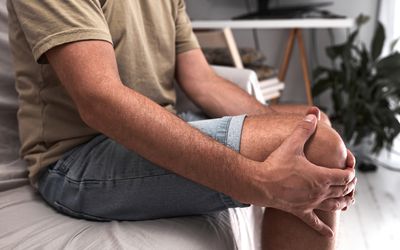