Sarcoidosis is a disease of unknown cause that produces granulomas—clumps of abnormal cells similar to scar tissue—in various organs in the body. These granulomas can interfere with the normal functioning of the affected organs, and thus can produce a dizzying array of symptoms and medical problems. Because the sarcoid granulomas can be so widespread, people with this condition can experience symptoms involving the lungs, eyes, skin, nervous system, gastrointestinal system, endocrine glands—and the heart.

Researchers believe that sarcoidosis develops when the body’s immune system responds abnormally to some unknown substance (probably something that is inhaled), resulting in the formation of granulomas. Women are affected more frequently than men, and Black people are much more likely to develop sarcoidosis than white people. A propensity for sarcoidosis can also run in families.

The symptoms of sarcoidosis are quite varied. Some people develop a flu-like condition with fatigue, fever, and weight loss. Others will have predominantly pulmonary symptoms such as cough, dyspnea, or wheezing. Eye problems can include redness, pain, blurred vision, and light sensitivity. Skin lesions may include a painful rash, sores on the face, changes in skin coloration, and nodules.

Any combination of these symptoms may occur. Some people with sarcoidosis develop no symptoms whatsoever, and the condition is diagnosed incidentally when a chest X-ray is done for some other reason.

What Is Cardiac Sarcoidosis?

The severity of cardiac sarcoidosis depends on the extent and the location of granuloma formation within the heart. Generally, fewer than 10% of people with sarcoidosis are diagnosed with cardiac involvement during their lifetimes.

But in autopsy studies, as many as 70% of people with sarcoidosis turn out to have at least some cardiac granulomas. This suggests that most of the time, cardiac sarcoidosis does not produce identifiable clinical problems.

When sarcoidosis does produce cardiac problems, however, those problems can be severe.

What this means is that, typically, the diagnosis of cardiac sarcoidosis is made by weighing the evidence from several different diagnostic approaches.

The gold standard for diagnosing cardiac sarcoidosis is a biopsy of the heart muscle, which can be performed during cardiac catheterization. However, as already noted, detecting granulomas by this method, even when they are present, is successfully accomplished less than half the time.

In most cases, based on a combination of clinical signs and symptoms, noninvasive testing, and invasive testing, determining the presence or absence of cardiac sarcoidosis can be accomplished with a high degree of confidence.

If cardiac sarcoidosis is present, treatment is aimed both at slowing or stopping the progression of the sarcoidosis itself, and at preventing or treating the direst cardiac consequences of this disease.

Treating the Sarcoidosis Itself: Therapy aimed at the sarcoidosis itself attempts to suppress the immune reaction that causes the formation of granulomas. In sarcoidosis, this is usually done with glucocorticoid (steroid) therapy, most commonly with prednisone. Often, high doses are prescribed initially (40-60 mg per day). Over the first year, this dose is gradually reduced to 10-15 mg per day and is continued for at least one or two years.

If re-evaluation shows that the sarcoidosis has become stable (that is, no further evidence of granuloma formation anywhere in the body, and resolution of any symptoms caused by the sarcoidosis), it may be possible to eventually stop steroid therapy.

In people who do not appear to respond to steroid therapy, other immunosuppressants may be necessary, such as chloroquine, cyclosporine, or methotrexate.

Implantable cardioverter-defibrillators (ICDs) may be used to prevent sudden death from ventricular arrhythmias. Professional societies have been unable to develop clear-cut guidelines regarding which people with cardiac sarcoidosis should receive ICDs. However, most experts recommend them in people with sarcoidosis who have significantly reduced left ventricular ejection fractions, or who have survived episodes of sustained ventricular tachycardia or ventricular fibrillation.

In addition, performing an electrophysiology study can help in determining which people with cardiac sarcoidosis are at particularly high risk for sudden death from ventricular arrhythmias, and thus who ought to have an ICD.

If valvular heart disease caused by cardiac sarcoidosis is present, surgery ought to be considered using the same criteria employed for anyone else with heart valve problems. 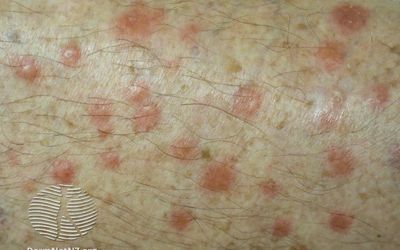 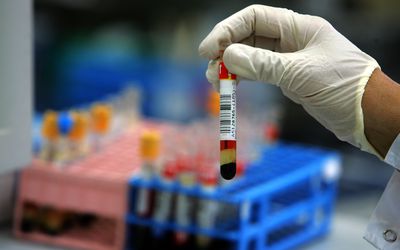 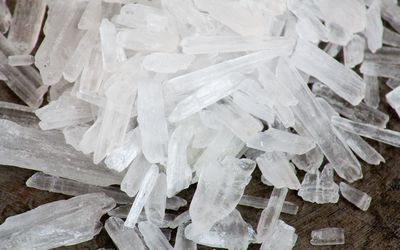