There is no single known cause of obsessive-compulsive disorder (OCD), but there are plenty of theories. Researchers believe a combination of genetics, personality, brain structure, and environmental factors causes OCD.

Signs and Symptoms of OCD

OCD is a mental disorder that involves persistent, unwanted obsessions, compulsions, or both.

Obsessions are intrusive, inappropriate, and unwanted thoughts or worries. These persistent thoughts are uncontrollable, leading to emotional distress and anxiety.

An obsession can be about almost anything. However, they often involve fears about contamination or loss, unwanted violent or religious (blasphemous) imagery, inappropriate sexual or aggressive impulses, or repetitive doubts and questions.

Compulsions refer to behaviors, rituals, or actions that someone feels an intense urge to repeat over and over to reduce anxiety or “neutralize” distress about a certain obsession. Examples include repetitive counting, praying, hoarding, organizing, cleaning, or checking.

According to the Diagnostic and Statistical Manual of Mental Disorders, 5th edition (DSM-5), the obsessions and compulsions associated with OCD are time-consuming, cause significant distress, and interfere with daily life.

For example, someone with OCD may consistently be late for work or school because they feel an uncontrollable urge to check that their door is locked over and over. Someone else may avoid friendships and romantic relationships because of their intrusive, unwanted thoughts about germs or possible contamination.

OCD has no single known cause. However, several contributing factors can increase your risk of developing OCD. These may include genetics, brain structure, past life events, illness or infection, and comorbid conditions.

OCD is often an inherited disorder. People with a sibling, parent, or child who also has OCD are significantly likelier to have it themselves, especially if their relative developed OCD symptoms as a child. Studies suggest that specific OCD symptom clusters, such as hoarding, counting/checking, and cleaning/contamination, also tend to run in families.

It’s still unclear exactly how OCD is inherited. However, some researchers believe that various genetic mutations (changes in genes) may play a role in how OCD traits are passed down.

Brain scans have consistently shown differences in brain activity, structure, and function among people with OCD. These differences suggest that problems in the way the brain relays information to the body (and vice versa), processes emotions, and controls impulses could contribute to the development of obsessions and compulsions.

For example, people with OCD often exhibit excessive activity in the orbitofrontal cortex, anterior cingulate cortex, and basal ganglia—parts of the brain that are involved in emotions, impulsivity, reward, decision-making, cognitive function, and motor control.

A 2019 study revealed that people with OCD experienced both lowered inhibitions and abnormal levels of brain activity while processing errors, which could worsen the obsessive-compulsive cycle.

Research suggests that stressful and/or traumatic life events may contribute to the development of OCD, especially among people who are genetically predisposed to the disorder.

In rare cases, severe OCD symptoms may suddenly appear in children ages 3 to 12 after an illness caused by a streptococcal (strep) infection. Examples may include scarlet fever and strep throat.

If you suspect that your child may have PANDAS, talk to your healthcare provider. Antibiotics may be used to treat the underlying strep infection, alongside treatment for OCD.

Many people with OCD have comorbid neurological and/or psychiatric conditions. Comorbid means they occur alongside OCD. Some of the most common include:

Many healthcare providers agree that genetics and environmental factors often interact to increase the risk of OCD. Some researchers have offered alternative explanations about the cause of OCD, including:

Neurotransmitters are chemical messengers that transmit messages between the brain and body. Certain neurotransmitters, such as serotonin and dopamine, often play a key role in functions related to mental health (such as sleep, memory, mood, emotion, reward, reinforcement, and motivation).

If you think you may have OCD, talk to your healthcare provider about getting a referral to a mental health provider. They may also perform a physical exam or refer you to a different specialist to rule out other possible conditions.

A mental health provider can diagnose you with OCD based on the criteria in the DSM-5, as well as a thorough understanding of your medical history and symptoms. Although OCD can appear at any age, it is usually diagnosed before the age of 25.

OCD is typically treated with psychotherapy, medication (especially antidepressants), or both. Around half of the people with OCD experience full remission of their symptoms after seeking treatment. Many others greatly improve their quality of life with the help of therapy and medicine.

One type of cognitive behavioral therapy (CBT), known as exposure and response prevention (EX/RP), involves exposing someone with OCD to the usual triggers for their obsessions within a controlled therapeutic setting while preventing them from engaging in their compulsions. EX/RP has been shown to be particularly effective in reducing the symptoms of OCD.

Obsessive-compulsive disorder (OCD) is a mental disorder that involves unwanted, time-consuming obsessions and compulsions. Obsessions are intrusive, persistent thoughts or worries. Compulsions are rituals or actions that someone feels an urge to repeat in order to reduce emotional distress.

There is no single known cause of OCD. Some of the possible contributing factors that can increase the risk of developing OCD include genetics and family history, differences in brain structure, and stressful or traumatic life events.

Many people with OCD also have comorbid mental health conditions, such as attention deficit hyperactivity disorder (ADHD). Some researchers believe that chemical imbalances or differences in learning and thinking patterns may increase the risk of OCD.

In rare cases, certain illnesses and infections—such as streptococcal (strep) infections—can lead to the development of OCD, especially in children.

If your obsessions or compulsions are interfering with your daily life, talk to your healthcare provider. They can talk to you about your diagnosis and treatment options for OCD. 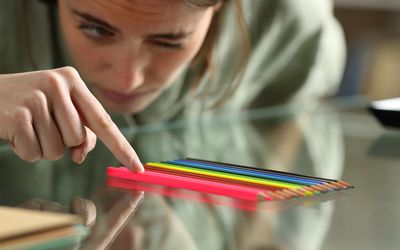 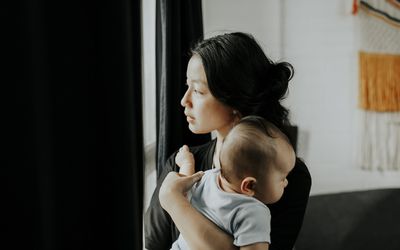 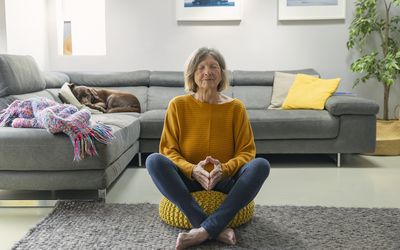