CDC: 1 in 44 American Children Are Diagnosed With Autism

More than 2% of 8-year-old children in the United States are estimated to have been identified with autism spectrum disorder (ASD), according to the Centers for Disease Control and Prevention (CDC). That means that the prevalence of autism in American kids is now 1 in 44.

The updated estimate is based on the latest analysis of data from 2018, which was collected in 11 communities in the U.S. as part of the CDC’s Autism and Developmental Disabilities Monitoring Network (ADDM).

The previous analysis, which was published in March 2020 and based on data from the same 11 communities, showed a prevalence of 1 in 54 children. The ADDM has been tracking the prevalence of autism since 2000, at which time the rate was estimated to be 1 in 150 children.

What the Data Shows

The 11 communities tracked by the CDC are in:

Sohl said that collecting data from the same communities allows researchers to compare the information within those communities over time, and that “it's actually a pretty good look at a cross-section of geographic populations that represent the United States."

Other key findings from the CDC's report include:

Jack Scott, PhD, chair of the Autism Society’s panel of professionals and executive director of Florida Atlantic University’s Center for Autism and Related Disabilities, told Verywell that it's important to remember that the estimate is "based on 8-year-old children living in 11 communities, it does not represent the entire population of children in the United States."

Scott said that the Autism Society is urging the CDC to increase the number of sites in the ADDM to include areas that represent large population centers and communities of people of color.

A second report from the ADDM focused on children aged 4 in 2018 who were living in the same 11 communities.

The data showed that children in this age group were 50% more likely to be diagnosed with ASD or a special education classification by age 4 compared to the children aged 8. It also found that children living in lower-income neighborhoods had a higher rate of autism identification compared to kids living in higher-income areas.

Kristin Sohl, MD, FAAP, a professor of clinical child health at the University of Missouri School of Medicine and a spokesperson for the American Academy of Pediatrics (AAP), told Verywell that the rise in prevalence is likely related to better recognition and diagnosis of autism in children.

We've seen this consistently over the last decade or so that the better people are at recognizing what autism is, they're better at screening for it.

“It reflects that there's been continued and considerable work to improve the screening and identification of autism symptoms,” Sohl said. “We've seen this consistently over the last decade or so that the better people are at recognizing what autism is, they're better at screening for it.”

Sohl said that better identification means that more children get access to services, which is especially important in the early years.

In a statement, Christopher Banks, the president and CEO of the Autism Society, said that the organization "is not surprised to see a continued increase in the prevalence of autism.” Furthermore, the Autism Society reports “the increased national autism prevalence rate is not attributed to one factor, but a variety, including a higher incidence rate that is independent of racial, ethnic and socio-economic standings, plus an increased rate of diagnosis.”

Based on Clinical Diagnosis

There is no biological or genetic test for ASD, but Sohl said that “we've had significant improvement in the consistent diagnosis of autism since about the mid-90s," which she believes is what the rise in numbers can be attributed to.

Sohl said that the diagnosis of ASD relies on clinical expertise “and the American Academy of Pediatrics is a leading source of establishing those standards for diagnosis."

Early diagnosis of children with ASD means earlier interventions, which Sohl said can “help them lead their best lives."

The sooner a child is diagnosed with ASD, the sooner they can be autism means connected with resources and services that can help them throughout their lives.

A 25-Minute Training Can Help Reduce People's Autism Biases
2 Sources
Verywell Health uses only high-quality sources, including peer-reviewed studies, to support the facts within our articles. Read our editorial process to learn more about how we fact-check and keep our content accurate, reliable, and trustworthy. 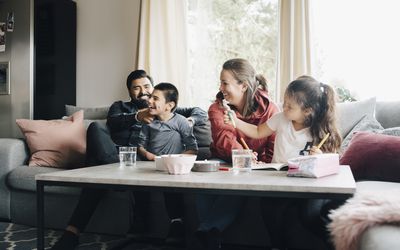 Why Autism Diagnoses Have Soared 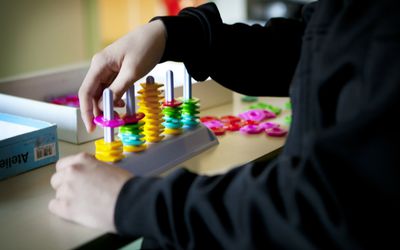