Diagnosing celiac disease is a fairly lengthy process. In most cases, you'll first have blood tests done and then ultimately have a procedure known as an endoscopy, in which healthcare providers look directly at your small intestine. In the best-case scenario, you'll have your answer within a few days or a week, but this can take much longer in some areas, especially where gastroenterologists are in short supply.

Here's what you can expect as your healthcare provider works to determine if you have celiac disease, plus what you can do to help.

Some people go onto a gluten-free diet to see if it clears up their symptoms that might be associated with celiac disease. Whether or not this improves your symptoms, it should be followed up with diagnostic testing by your healthcare provider, as your response to the diet is not sufficient for a diagnosis of celiac disease.

You can also consider at-home screening tests for celiac disease, which you can purchase in some stores or online. These use a finger-prick blood sample that you send to a laboratory, and you receive the results in about a week.

If you opt for one of these tests, avoid making changes to your diet in advance, as these results can similarly be affected. A home blood test should always be followed up with medical testing by a healthcare provider.

Medical guidelines recommend celiac disease testing for relatives of those diagnosed with celiac disease since the condition runs in families. Familial risk is due to specific genes.

Some people take advantage of consumer genetic testing, such as through 23andMe, to screen for celiac-related genes. This testing does not require being on a gluten-containing diet. Note, however, that it only shows a risk of the disease, rather than markers of having celiac disease.

These tests look for various antibodies. If your body is undergoing an autoimmune reaction to gluten, one or more of these blood tests should come up positive. This indicates that further testing is needed to see if you truly have celiac disease.

Therefore, if your blood tests are negative, but your symptoms and family medical history still indicate a strong possibility of celiac disease, you should talk to your healthcare provider about further testing.

Diet and Your Test Results

It's ideal to continue eating a normal diet, with gluten-containing foods several times a day, until all your testing is completed.

If you've already started following a gluten-free diet, you may want to consider what's called a gluten challenge, in which you eat a set amount of gluten for some period of time, and then undergo testing for celiac disease. This approach does carry some risks, though, and may not produce the results you want, so talk to your healthcare provider about the potential pros and cons.

That's because studies have shown that nearly everyone with dermatitis herpetiformis—which, like celiac disease, is caused by an autoimmune reaction to gluten—also has intestinal damage from gluten ingestion.

That said, a positive skin biopsy is the gold standard for confirming dermatitis herpetiformis. This looks for deposits of anti-gluten antibodies under your skin. Your healthcare provider may or may not opt for this testing method.

In some cases, your healthcare provider may recommend genetic testing for celiac disease. Genetic tests can be done using a swab of your mouth or by drawing blood. As with at-home genetic test kits, what you are currently eating will not affect results of such tests administered in a clinical setting.

Genetic tests can't tell you if you actually have celiac disease—for that, you'll need to undergo the blood tests and endoscopy. If you don't have one of these two main genes, the odds of you having celiac disease are very slim, although some cases of celiac have been documented in people who don't carry either gene.

A positive genetic test for celiac disease doesn't mean you definitely have celiac disease—up to 40% of the population carries one of those genes, and the vast majority never develop celiac. However, it does mean you possibly can develop the condition. You'll need to discuss with your healthcare provider your next steps if your celiac disease gene test comes back positive, especially if you have a family history of celiac disease.

In an endoscopy, an instrument with a tiny camera attached is threaded down your throat so your healthcare provider can look directly at the lining of your small intestine to see if villous atrophy is present. In some cases (but not all), the damage from celiac disease can be seen immediately during this procedure.

However, to confirm the diagnosis, the surgeon also will use the instrument to take tiny samples of your intestine. Because damage from celiac disease can be patchy, the surgeon should take at least four to six samples. These samples then will be examined under a microscope by a pathologist (a healthcare provider who diagnoses disease by examining body tissue directly) to determine if your intestines are damaged. If the pathologist sees the damage, you'll be diagnosed with celiac disease.

Some medical centers also are using capsule endoscopy, in which you swallow a pill with a tiny camera to screen for celiac disease. This has the benefit of seeing parts of your small intestine that can't be reached by conventional endoscopy instruments. However, capsule endoscopy doesn't allow the surgeon to take samples of your intestine, and it may not be as accurate in identifying damage as traditional endoscopy.

If you fall into this category, your healthcare provider likely will recommend regular repeat endoscopies, since many people with latent celiac disease ultimately develop full-blown intestinal damage. You also can discuss the possibility of following the gluten-free diet as a trial, to see if any symptoms clear up.

Some people who test negative for celiac disease nonetheless still have symptoms that clear up on a gluten-free diet. They may be diagnosed with non-celiac gluten sensitivity, a recently recognized and as-yet poorly-understood condition. This is sometimes called gluten intolerance or gluten allergy (although it is not a true allergy). There are no generally accepted tests to determine if you have gluten sensitivity; the only way to know is to give up gluten and see if your symptoms improve.

A true wheat allergy is another possibility; it's evidenced specific IgE antibodies that are triggered by exposure to wheat allergens and not by the gluten in non-wheat grains. Celiac disease shows an autoimmune process instead, which may exhibit different types of antibodies (IgG and IgA) directed not only against gluten but also against your own cellular components.

If you test negative for celiac disease, that doesn't mean you won't develop it in the future. Close relatives of celiac disease patients (who themselves have a high risk of developing the condition) with a positive celiac antibody blood test may need repeated screening over the course of years to catch all cases.

Therefore, if you have risk factors for celiac disease—"celiac genes," close family members with the condition, other autoimmune diseases, or even just related symptoms—you may want to consider setting up a regular testing schedule with your healthcare provider. If you are diagnosed with celiac disease early, you can minimize the damage to your body and potentially ward off complications, such as osteoporosis and malnutrition.

Positive test results for celiac disease on your endoscopy and biopsy mean you definitely have the condition and must follow the gluten-free diet for life. Although this can seem overwhelming at first, you ultimately may find your health improves dramatically and that eating gluten-free becomes just another part of your way of life. Truthfully, there are many, many foods you can eat when you're gluten-free.

How Celiac Disease Is Treated
12 Sources
Verywell Health uses only high-quality sources, including peer-reviewed studies, to support the facts within our articles. Read our editorial process to learn more about how we fact-check and keep our content accurate, reliable, and trustworthy.
Additional Reading 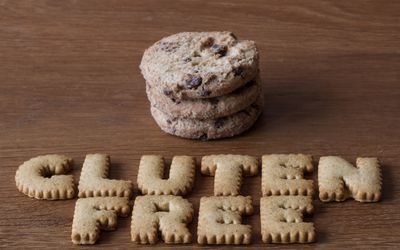 Why You Need to Eat Gluten for Celiac Disease Testing