Your risk may be lower than you think

If you have a close relative who was diagnosed with celiac disease, your chances of developing the condition as well are higher than normal. Fortunately, though, your risk may not be as high as you might worry it would be. In fact, you're much more likely not to get celiac disease, even if your close relative has it.

Even though it's common for there to be multiple celiacs in families, your relative's diagnosis in no way means you're certain to get the condition too. There are many other factors involved.

If you are a first-degree relative (parent, child, brother or sister) of a person with celiac disease, you have a 1 in 22 chance of developing the disease in your lifetime, according to the University of Chicago Celiac Disease Center. If you are a second-degree relative (aunt, uncle, niece, nephew, grandparent, grandchild or half-sibling), your risk is 1 in 39.

There's no research indicating the probability of two celiac parents having celiac children, but genetics indicates it's likely higher than the 1 in 22 chances of first-degree relatives. But again, it's not certain, since there are other factors involved.

Therefore, people whose close relatives have been diagnosed have a somewhat high chance of also being diagnosed—higher than the overall population, where the rate is less than 1%, but far from a certainty. And people whose more distant relatives have been diagnosed also have a higher-than-average chance of also being diagnosed, but again, it's far from certain that they'll ever develop the condition.

Your risk of celiac disease involves genetics, but it also involves also other factors, some of which haven't even been identified yet.

You probably know that celiac disease is linked to your genes—the vast majority of people who develop the condition carry at least one of the two so-called celiac disease genes (in technical terms, HLA-DQ2 and HLA-DQ8).

You inherit those genes from your mother and/or father... which means the condition can run in your family. If you inherit the genes from both parents (as people with two celiac parents might do) then your risk likely is higher still.

But it takes more than having the gene to make you develop celiac disease, and in fact, researchers aren't certain why some people with similar genetics get celiac while others do not. Celiac disease is caused by a combination of genetics and factors in a person's environment.

Getting Tested for Celiac Disease Genes

If you have a parent or another close (first-degree) relative who has been diagnosed with celiac disease, medical guidelines recommend that you get tested for celiac disease. This involves getting a blood test and then, if the blood test is positive, undergoing a procedure called an endoscopy to look for celiac-related damage directly in your small intestine.

If you have a relative who's just been diagnosed with the condition, you may want to talk to your healthcare provider about ordering the blood test, since you don't need symptoms to be diagnosed with celiac disease.

If your celiac disease genetic testing shows you do have the "celiac gene," you shouldn't panic. Most people with the celiac gene never develop the condition. If you (or your child) carry the gene, your best bet is to get the testing recommended by your healthcare provider and watch carefully for signs and symptoms of celiac disease.

In fact, you can have your antibody levels checked regularly via a blood test, even if you have no obvious signs of the disease. Regular monitoring will allow the disease to be diagnosed quickly if it does develop, and early diagnosis will dramatically reduce the risk of associated complications.

On the other hand, if you do not carry the genes for celiac disease, then you and your children (unless they have inherited the celiac disease genes from their other parent) are at an extremely low risk for developing celiac disease. 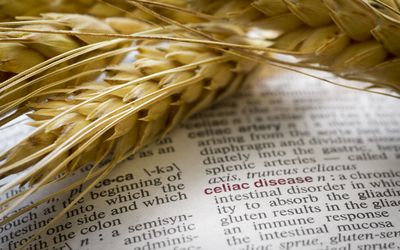 How Common Is Celiac Disease?