4 Ways That the Immune-Related Disorder Differs in Males

Learn about our editorial process
Medically reviewed
Verywell Health articles are reviewed by board-certified physicians and healthcare professionals. These medical reviewers confirm the content is thorough and accurate, reflecting the latest evidence-based research. Content is reviewed before publication and upon substantial updates. Learn more.
by
Sonal Kumar

Celiac disease does not treat all people the same. This includes variations in the symptoms and characteristics of the disease in males and females.

Celiac disease (CD) is an immune-related disorder that causes symptoms when a person ingests gluten in food and other products. In males, celiac disease can run the gamut from classic symptoms of diarrhea, weight loss, and fatigue to more subtle signs, such as liver dysfunction and skin rash.

This article takes a look at some of the ways that celiac disease differs in males compared to females. It also explores why diagnoses are often delayed in males as well as some of the conditions that affect men with CD more than those of the general population.

Celiac disease (CD) is just as impactful in males as it is in females. With that said, celiac disease affects females two to three times more often than males. As a result, diagnoses in males are often delayed because healthcare providers may not readily associate CD with men.

Studies suggest that it takes an average of nine years from the appearance of symptoms for CD to be diagnosed. In males, particularly younger males, this can take longer due to the ongoing misdiagnosis of symptoms.

According to a 2014 study males between the ages of 16 and 34 are far less likely to be diagnosed with CD than any other group.

Other studies suggest that males are as likely as females to be diagnosed if they have classic CD symptoms (like chronic diarrhea, bloating, gas, fatigue, abdominal pain, and weight loss) but less likely if they have atypical CD symptoms (such as anemia, liver dysfunction, CD-related skin rash, short stature, or dental/bone problems).

Generally speaking, CD symptoms in females and males are the same. There are some conditions like osteoporosis (porous bones) that are more common in females, in part because females are already at an increased risk of this bone disorder.

Dermatitis herpetiformis, also known as a celiac disease rash, is an intensely itchy, blistering rash that commonly affects the elbows, knees, buttocks, and back.

Most population-based studies have that found males are up to two times more likely to be affected than females. Males are also more like to have dermatitis herpetiformis on the genitals and in the mouth.

The liver can be affected by the inflammatory effects of celiac disease. This is common in adults and children with with the disease, although it tends to be mild or asymptomatic. With that said, some cases have been known to cause severe liver disease and even liver failure (generally in people with underlying liver disease, particularly autoimmune hepatitis).

Oftentimes, CD-related liver injury may only be routine after performing a routine liver function test and only confirmed by performing a liver biopsy.

If symptoms are present, they may include:

It is not entirely clear why males with CD are more likely to experience liver dysfunction than females with CD. It could simply be that men are at generally higher risk of fatty liver disease or alcohol-related liver disease than women.

Studies also suggest that males with CD are slightly more likely to experience weight loss than females with CD. Even so, it is unclear how significant the difference is.

Weight loss with CD is primarily due to the malabsorption (lack of absorption) of nutrients from food due to chronic diarrhea and co-occurring liver dysfunction (which can interfere with digestion and contribute to diarrhea).

Older studies have suggested that men with CD are more likely to experience malabsorption than women with CD.

A 2018 study from the Mayo Clinic reported that hypothyroidism (low thyroid function), a disease that is five times more common in females than males of the general population, occurs more frequently in males with CD. When CD is involved, females are only twice as likely to have hypothyroidism as their male counterparts.

Hypothyroidism is the most common autoimmune disorder seen in people with celiac disease, the symptoms of which include:

Celiac disease (CD) generally causes the same and symptoms in males and females. Even so, it is more likely to be misdiagnosed in males, particularly younger males, in part because CD is often regarded as a "female" disease.

Where CD differs in males is that is more likely to cause weight loss, liver dysfunction, and a celiac-related skin rash called dermatitis herpetiformis. In addition, men with CD are far more likely to have a co-occurring autoimmune disorder than men in the general population.

Even in the best of situations, celiac disease can be difficult to diagnose. It often takes years and numerous healthcare visits before the disease is finally diagnosed. This may be especially true for men who access healthcare 30% less often than women.

To this end, it is important to recognize the signs and symptoms of celiac disease, especially if treatments for chronic diarrhea, bloating, and abdominal pain are not working. If needed, ask your primary care provider for a referral to an internal specialist known as a gastroenterologist. A simple blood test may offer the first clue that celiac disease is involved.

How Celiac Disease Is Diagnosed
12 Sources
Verywell Health uses only high-quality sources, including peer-reviewed studies, to support the facts within our articles. Read our editorial process to learn more about how we fact-check and keep our content accurate, reliable, and trustworthy. 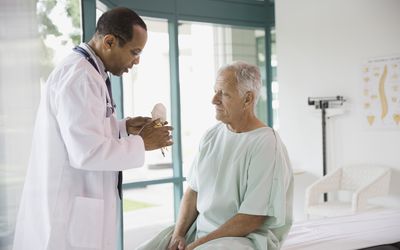 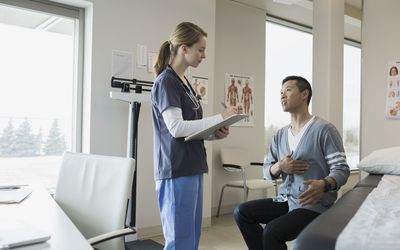 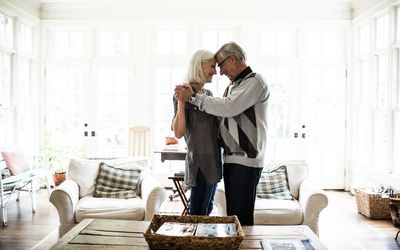 Do Women or Men Age Faster and Better?