Kara-Marie Hall, RN, BSN, CCRN, is a registered nurse with over a decade of patient experience and a certification in critical care nursing.

The recent passing of Chadwick Boseman, the actor most popularly known for his role in "Black Panther," left many people stunned by the news of his colon cancer diagnosis at such a young age. Boseman was 43.

According to the American Cancer Society, the incidence of colon and rectal (colorectal) cancer among people under 50 has risen about 2.2% annually for the last 20 years. The reason for this upward trend is not fully understood, but could be linked to an increase in sedentary lifestyles along with environmental factors, such as diet.

For young, Black individuals, the risk is even greater. The American Cancer Society reports that Black men and women are 20% more likely to get colorectal cancer than most other groups.

“The recent tragic death of the young, talented actor Chadwick Boseman highlights the fact that this disease does affect and kill young persons,” Anita Gregory, MD, colorectal surgeon, and medical director for colorectal cancer at the Center for Cancer Prevention and Treatment at St. Joseph Hospital in Orange County, California, tells Verywell.

Why Are Minorities Disproportionately Affected By Colorectal Cancer?

Screening is the key to detecting colorectal cancer in its early stages. Yet, Black individuals are more likely to be diagnosed with colorectal cancer at a later stage and, therefore, the least likely of all races to survive the disease.﻿﻿

When Boseman was diagnosed in 2016, his cancer was stage 3.

“Minority racial and ethnic groups in the U.S. are more likely to be medically underserved, with limited access to quality healthcare,” Karen Winkfield, MD, PhD, director of the Office of Cancer Health Equity at Wake Forest Baptist Health, tells Verywell. Winkfield is also a healthy equity committee member with Stand Up To Cancer. "Individuals from medically underserved communities are less likely to be recommended cancer screening tests, leading to a higher likelihood of being diagnosed with late-stage cancer. But a number of other factors may be leading to this higher risk.

Having a healthy diet, particularly low in red meat and processed food, has been linked to lower colorectal cancer risk. But, Winkfield asks, “What happens when [minority] communities are in food deserts and have limited access to fruits and vegetables, or can only afford processed meats?”

She emphasizes that while screening is vital, it’s also important to focus efforts on prevention, such as increasing access to healthier foods in minority communities.

“Only 4% of cancer clinical trial participants are Black and 5% are Hispanic, despite the fact that people of color have the highest mortality rates for most cancers,” Winkfield says.

She says Stand Up To Cancer’s Health Equity Initiative collaborates with diverse research fields to address health disparities in cancer research. The organization requires all new Stand Up To Cancer-supported grant proposals to address how researchers will recruit diverse patient populations into their studies, and insure their retainment.

“Our hope is that our Health Equity Initiative will make a significant and meaningful impact to ensure all communities have equal access to new, more effective treatments that allow all cancer patients to become long-term survivors,” she says.

Colorectal cancer is one of the most preventable cancers. In fact, the survival rate is up to 90% for those who are diagnosed when the disease is in an early stage.

When colorectal cancer is diagnosed at a later stage, it often spreads to other parts of the body, such as the lymph nodes or other organs. Stage 3 cancer, which Boseman was initially diagnosed with, has a 71% survival rate.

When colorectal cancer progresses to stage four, the survival rate is roughly 14%.

How to Deal With Stage 4 Colon Cancer

The most common form of colorectal screening is a colonoscopy, a medical exam that checks your colon and rectum for any abnormalities or disease.

“Most polyps, or abnormal growths, in the colon will become cancer if left alone for too long," Winkfield says. "If a polyp is found and removed during a colonoscopy, cancer has been prevented."

When Should You Get a Colonoscopy?

“The question of whether we should start routine screening colonoscopy in individuals younger than age 50 is controversial,” Jason Williams, MD, MPH, associate chief of gastroenterology at Santa Clara Valley Medical Center, tells Verywell.

Although starting at age 50 makes sense for most people, there are some exceptions to this general guideline. "Individuals with a significant family history [of colorectal cancer] should be screened earlier than age 50,” he says.

If you have a parent or sibling who was diagnosed with colorectal cancer, most health organizations agree that you should get screened at 40 years old, or 10 years earlier than their diagnosis, whichever comes first.

“There’s [also] evidence that African Americans present with colorectal cancer at a younger age than others and should be screened at age 45,” Williams says.

Although the general consensus remains that you should begin screening for colon cancer at 45 to 50 years old, it’s best to speak with your doctor about your particular risk factors, such as family history or pre-existing gastrointestinal disorders.

Colorectal cancer can develop before you experience any symptoms.

“Many young people don’t recognize the symptoms of colorectal cancer or may be embarrassed about discussing symptoms with their doctor,” Winkfield says.

She also says it’s crucial to have a healthcare provider that you trust, so that you feel more comfortable about sharing persistent symptoms, such as:

“Colorectal cancer is the only cancer whose incidence is on the rise in persons under age 50," Gregory says. "There should be no shame in discussing colon health. It’s no different than discussing your heart, lung, sexual, or mental health.”

Getting Screened for Colorectal Cancer
8 Sources
Verywell Health uses only high-quality sources, including peer-reviewed studies, to support the facts within our articles. Read our editorial process to learn more about how we fact-check and keep our content accurate, reliable, and trustworthy. 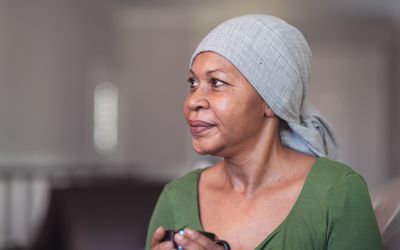 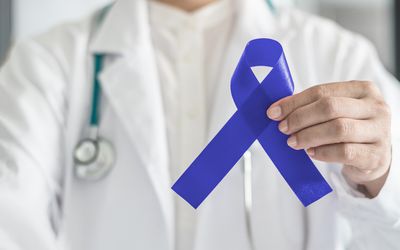