Chlamydia is the most common sexually transmitted infection (STI) in the United States. In pregnancy, chlamydia can lead to a variety of complications, including preterm labor and low birth weight. The infection may also be passed vertically (from the pregnant person to the baby) during delivery.

This article will discuss the symptoms of chlamydia during pregnancy, diagnosis, treatment, complications, and when to see a healthcare provider.

Symptoms of Chlamydia During Pregnancy

In many cases, chlamydia doesn't produce any symptoms, and it is possible to be infected without realizing it. It is sometimes referred to as a silent infection for this reason. Studies suggest that 5% to 30% of females with chlamydia will have symptoms.

It may take weeks from exposure to chlamydia for symptoms to develop.

Chlamydia symptoms may include:

If you are experiencing symptoms of chlamydia, or suspect you or your sexual partner have chlamydia, make an appointment with a healthcare provider. They will be able to arrange tests to confirm if you have the infection.

Chlamydia can only be formally diagnosed following tests.

Samples are taken in two ways:

The most sensitive form of test is a nucleic acid amplification test (NAAT). A vaginal swab is the best specimen to test for people with a vagina. In some cases, a person may choose to self-collect a vaginal swab.

The Centers for Disease Control and Prevention (CDC) advises screening for chlamydia at the first prenatal visit for all pregnant people younger than 25 and those older than 25 but at increased risk of chlamydia infection.

Risk factors that warrant screening include:

The CDC advises testing again for chlamydia in the third trimester for pregnant people under 25 or at high risk.

A pregnant person who tests positive for chlamydia should be tested three to four weeks following treatment and again within the following three months.

Is It Possible to Get Chlamydia While Pregnant?

Pregnant people can contract STIs in the same way people who aren't pregnant can be infected.

Pregnancy offers no additional protection from STIs. Having condomless sex while pregnant can still expose a pregnant person to chlamydia and other STIs.

The only way to avoid contracting chlamydia while pregnant is not to have any form of sex, including:

For those who choose to be sexually active while pregnant, the risk of being infected with chlamydia may be reduced by:

How Common Is Chlamydia?

Roughly 1 in 20 people between ages 14 and 24 who are sexually active have chlamydia. In 2019, the rate of chlamydia among Black people in the United States was more than six times the rate of infection among White people.

How Will Chlamydia Affect My Pregnancy?

Complications can result from having chlamydia while pregnant. Pregnant people with chlamydia have an increased risk of their water breaking early, causing an earlier birth. Chlamydia during pregnancy is also associated with low birth weight.

Can My Newborn Get Chlamydia From Me?

Among other complications, chlamydia can be passed vertically (from the pregnant person to the baby) during birth. As the baby travels through the birth canal, they may be exposed to chlamydia and be infected during delivery.

A chlamydia infection can lead to a variety of complications. If left untreated, chlamydia can spread to the fallopian tubes and uterus (womb). This can cause pelvic inflammatory disease (PID).

PID can damage the reproductive system permanently and can lead to:

Those who have had chlamydia more than once are at increased risk of these complications.

Untreated chlamydia also raises the risk of being infected with human immunodeficiency virus (HIV) or passing HIV to someone else.

Reactive arthritis may also occur due to chlamydia infection. This begins with an infection (like chlamydia) elsewhere in the body, like the vagina. Reactive arthritis can cause pain or inflammation in the joints. The joints typically affected include the following:

Antibiotics can cure chlamydia, but they won't fix the damage caused by complications of the infection, like PID.

The type of antibiotics used to treat chlamydia are safe for use in pregnancy. Antibiotics may cause some side effects, most commonly impacting the digestive system.

Those being treated for chlamydia should refrain from having sex until the infection has passed. This will prevent the STI from being transmitted to a sexual partner:

Chlamydia is a common sexually transmitted infection. It is possible to be infected with chlamydia while pregnant. Pregnancy offers no protection from STIs.

Pregnant people with chlamydia may experience a variety of complications, including preterm labor and low birth weight. Chlamydia can be successfully treated with antibiotics, and these drugs are safe for pregnant people.

It can be particularly daunting to deal with an STI diagnosis when pregnant, but you are not alone. If you are pregnant and suspect you might have chlamydia, don't hesitate to reach out to a healthcare provider for support. 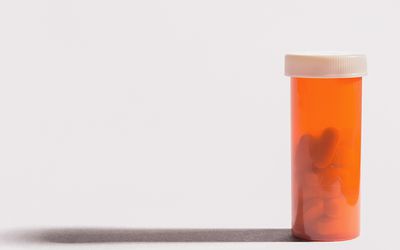 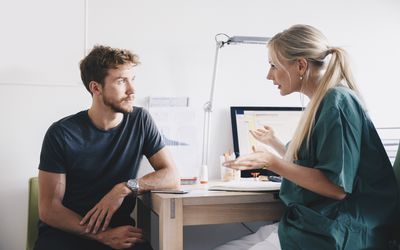 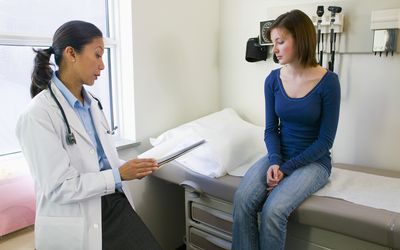