Cholera is a bacterial infection that's caused by a microbe that thrives in water. People who become seriously ill with cholera may become dehydrated very quickly due to explosive diarrhea and vomiting. Not everyone who contracts cholera becomes this sick, but those who do are at risk of dying if they aren't treated quickly.

Cholera is extremely rare in the United States and other developed countries where public sanitation is well-established and good personal hygiene is widely practiced. Between 2001 and 2011, for example, there were only 111 reported cases of cholera in the US, according to the Centers for Disease Control and Prevention (CDC). However, cholera outbreaks do still occur in parts of the world where sanitation and personal hygiene are rudimentary.

If you plan to visit such an area, you should understand how the disease is transmitted and take care to protect yourself.

For example, there is a cholera vaccine for adults. But note that most people who travel to countries where cholera still exists do not go to the areas where outbreaks occur.

The characteristic symptoms of severe cholera are huge volumes of explosive watery diarrhea that sometimes is called "rice water stools" (because it resembles water that has been used to wash rice), vomiting, and leg cramps. The rapid loss of fluids—as much as 20 liters per day—can quickly lead to severe dehydration.

Shock can occur when the loss of fluid causes the circulatory system to collapse because there isn't as much blood, as usual, to flow through. Cholera doesn't usually cause a fever.

The microbe that causes cholera is a gram-negative bacteria called Vibrio cholerae. A person usually becomes infected with this bacteria by drinking water that's contaminated with feces from someone else who's infected. The bacteria also can be transmitted via foods that have been washed or prepared with contaminated water. It sometimes is transmitted via raw or undercooked shellfish. Person-to-person transmission is unlikely.

V. cholerae wreaks havoc on the digestive system by producing a toxin that disrupts the control and balance of fluid retention of mucosal cells within the intestines. Again, it generally does not cause a fever; the bacteria remain in the intestines.

Because diarrhea caused by cholera is so distinctive in appearance, that's often enough for a diagnosis of the disease. Other factors that help to confirm the diagnosis include vomiting, rapid dehydration, recent travel to an area where cholera outbreaks occur, or a recent meal of shellfish. There are lab tests for diagnosing cholera, however, including stool cultures.

How Cholera Is Diagnosed

Death from cholera is a consequence of dehydration, so the most important aspect of treating the disease is replacing lost fluids in the body. This is surprisingly easy to do with oral rehydration solutions that consist of large volumes of water infused with a blend of sugar and salts. These are available commercially but can be hard to come by in developing countries because of cost. Homemade ORT recipes using common household ingredients and materials can be highly effective. Often, people with diarrhea are placed on "cholera cots" that allow fecal output to flow directly into a bucket. This way caregivers can see how much fluid is being lost and therefore how much needs to be replaced.

People who are at risk of shock may need intravenous fluids to speed up the rate at which their bodies are replenished, however. These seriously ill patients also may be given antibiotics to help get rid of the V. cholerae bacteria as quickly as possible, so that both the need for fluids and the amount of time the bacteria is present in their stool can be decreased.

Antidiarrheal medicines aren't recommended for treating cholera, because they prevent the flushing of the bacteria from the body.

How Cholera Is Treated

Although most cholera infections aren't severe, people infected with V. cholerae continue to shed the bacteria back into the environment, potentially infecting others with severe cholera disease. For this reason, the CDC recommends that anyone living in or traveling to places where cholera is found should drink boiled or chlorine- or iodine-treated water or bottled beverages. Foods should be thoroughly cooked, and individuals should peel their own fruits. Also, it's smart to be wary of ice, raw foods, ice cream, and any foods and beverages from street vendors. Frequent and thorough hand washing also is vital to avoiding cholera.

There are several vaccines for cholera, but only one, Vaxchora (lyophilized CVS 103-HgR), is available in the United States. It works by preventing severe diarrhea caused by the most common type of cholera and is recommended by the CDC for adults traveling to areas with active cholera transmission.

Note, though, that cholera vaccines do not provide complete protection, and so even if you've been vaccinated it's vital to follow basic safety precautions.

People who live in developed countries don't have to worry about cholera, but in certain parts of the world, it can be a very real threat. Countries, where cholera outbreaks occur, include Haiti and the Dominican Republic, as well as parts of Africa and Asia. The World Health Organization (WHO) reports that there are 1.3 million to 4 million cases of cholera every year and that between 21,000 to 143,000 people die from cholera.

In an effort to rid the world of cholera altogether, the Global Task Force on Cholera Control, a network for more than 50 universities, non-governmental organizations, and United Nations agencies, along with WHO, is focusing on three strategies:

Given how devastating cholera can be when outbreaks occur, this work is well worth the effort and an important step toward creating universal health and well-being.

Symptoms of Cholera
Sources
Verywell Health uses only high-quality sources, including peer-reviewed studies, to support the facts within our articles. Read our editorial process to learn more about how we fact-check and keep our content accurate, reliable, and trustworthy. 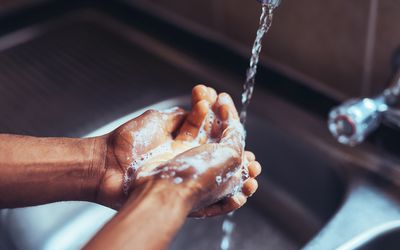 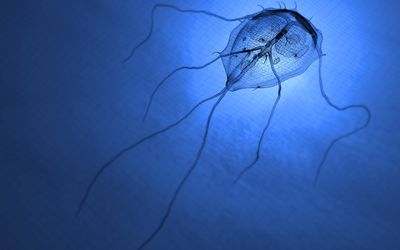 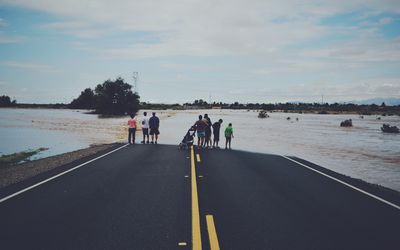