Actress Christina Applegate is opening up about changes to her health and appearance since developing multiple sclerosis (MS) last year, shortly before her 50th birthday. Among other symptoms, she’s experienced shaking, tingling sensations, numbness, balance difficulties, and trouble sleeping.

The “Dead to Me” star has maintained a candid dialogue about her diagnosis. In recent social media posts, Applegate blames a misspelled tweet on her MS and shared a photo of her collection of walking sticks. Experts say her transparency may help increase awareness for MS, particularly with a late-in-life diagnosis, which applies to Applegate's case.

"I appreciate Ms. Applegate’s willingness to discuss her diagnosis—I think it will increase awareness that MS can be diagnosed later in life,” Michael Y. Sy, MD, PhD, a neurologist at University of California, Irvine Medical Center who treats patients with MS, wrote in an email to Verywell. “Hopefully, increased awareness leads to more rapid diagnosis which enables patients to receive effective treatments earlier.”

At What Age Is MS Typically Diagnosed?

MS most commonly strikes between ages 20 to 40, meaning Applegate’s diagnosis at age 49 is later than most.

Still, it’s not unheard of. People can be diagnosed at any age, including as children, and disease progression varies per individual.

"Everyone is affected differently by MS," Julie Fiol, MSW, BSN, RN, MSCN, AVP, who represents the Clinical Innovation and Strategy team for the National MS Society, told Verywell. “Regardless of when they’re diagnosed, they’re not always going to fit the mold.”

While it is possible, a later-in-life MS diagnosis doesn’t necessarily mean that an individual has been living MS-free until that point. It may indicate symptoms were undetected or overlooked. Fiol said this can be concerning if the individual missed treatment opportunities as a result of undiagnosed MS.

For Applegate, it seems symptoms didn’t develop until her late 40s. In a recent interview with The New York Times, she says she brushed off early signs during the filming of season one of “Dead to Me,” which premiered in 2019.

There is no one test to diagnose MS. To detect the disease, physicians will look for signs of damage in the central nervous system and signs that this damage was not caused by another condition. They will also look to see if the damage occurred at different timepoints in the patient’s life.

When people do not receive treatment due to a late diagnosis, they can incur otherwise preventable damage, particularly to their central nervous system.

“MS can cause brain damage that is relatively silent to the patient,” Sy said. “By the time overt symptoms such as vision loss or weakness develop, most MS patients already have evidence on MRI of prior damage to the brain.”

The good news is that there are several MS treatments which, when given early, can substantially reduce damage brought on by the disease and delay its progression.

These treatments are targeted for people with relapsing remitting MS (RRMS), which is one of three phenotypes of MS. RRMS is the most common form of MS, and the most treatable. People with RRMS may experience cycles of symptoms that flare up and then improve.

Not all people with MS experience the same symptoms, and symptoms may change over time. Because the disease can manifest differently in different individuals, it can be important to check to see if you have a family history of MS, and check yourself to see if you have symptoms that match up with that of a family member.

Still, symptoms of RRMS tend to fall under three categories:

Currently, there is only one medication approved by the Food and Drug Administration (FDA) for treating progressive MS: Ocrevus (ocrelizumab).

Applegate has not indicated which type of MS she has. But it may be too soon to say. To be diagnosed with PPMS, a person will need to have one year of documentation affirming that their symptoms have progressively worsened over time. They also need to display MS-recognized brain lesions, spinal cord lesions, or evidence of immune system activity in the central nervous system. This diagnostic criteria can make PPMS slow and sometimes confusing to detect.

Though the typical age of MS diagnosis is between ages 20 and 40, people of all ages can be newly diagnosed with MS. To get the best treatment outcomes, early intervention is key. 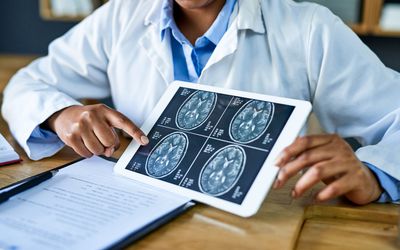 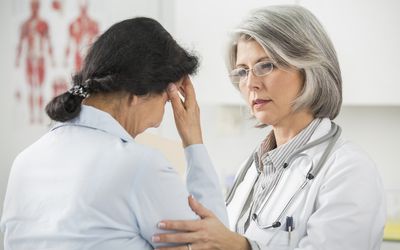 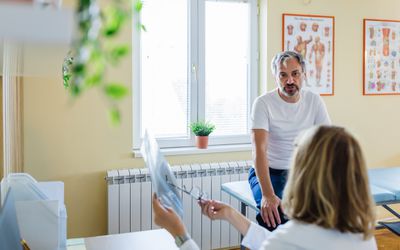