Naheed Ali, MD
Naheed Ali, MD, PhD, is the author of "Understanding Hepatitis: An Introduction for Patients and Caregivers."
Learn about our editorial process
Medically reviewed
Verywell Health articles are reviewed by board-certified physicians and healthcare professionals. These medical reviewers confirm the content is thorough and accurate, reflecting the latest evidence-based research. Content is reviewed before publication and upon substantial updates. Learn more.
by
Cristian Zanartu, MD

Research suggests that coffee can help prevent liver disease. Liver disease is common, affecting more than 30 million Americans.﻿﻿﻿ There are numerous types of liver disease, including liver cancer, fatty liver disease, and hepatitis. The active compounds in coffee seem to help prevent each of these conditions and also slow the progression of existing liver damage.

The liver is a large organ sitting on the right side of your body, just under your rib cage. It has hundreds of important functions, such as helping you digest your food and store energy. But it is often known for its role in metabolizing and removing substances like alcohol and medications from the blood.

Liver problems can happen for a variety of reasons. Common causes include chronic alcohol overuse and viruses like hepatitis C. When the liver sustains damage, it begins accumulating scar tissue, causing a condition called fibrosis. During the early stages of fibrosis, liver function may be unaffected. At this point, it is still possible to reverse the damage done to the liver.

As fibrosis progresses, it restricts normal blood flow to the organ and leads to tissue death. As more and more healthy tissue is replaced by scar tissue, it can lead to cirrhosis and cancer. Liver cancer is one of the leading causes of cancer-related deaths around the globe.

How Coffee Affects the Liver

A growing body of research suggests that drinking a moderate amount of coffee every day can help protect your liver. Coffee consumption is associated with improved outcomes for people with all forms of liver disease, including hepatitis, fibrosis, cirrhosis, non-alcoholic fatty liver disease, and liver cancer.

Studies have found that people who drink moderate amounts of coffee (at least two cups daily) have a milder course of fibrosis and a decreased risk of cirrhosis compared to those who drink less coffee or no coffee at all.

Many studies show dose-dependent effects. For example, one large prospective cohort study found that compared to people drinking no coffee, people drinking 2-3 cups per day were 46% less likely to die of liver disease, while those drinking four or more cups lowered their risk by 71%.

And in a study in people with hepatitis C, the risk of liver disease progression declined as coffee consumption increased. Tose who drank 3 or more cups per day had half the risk of progression compared to those who didn't drink any coffee.

Most studies conducted on coffee's effects on the liver have shown a decreased risk of liver cancer. This holds true regardless of age, ethnicity, or existing risk factors. One study of more than 20,000 people found that people who drink 2-3 cups of coffee per day had a 38% reduction in risk of liver cancer.﻿﻿﻿

The exact mechanisms by which coffee protects the liver remain unclear. Coffee contains several active components, including caffeine, antioxidants, coffee oils, kahweol, and cafestol. There is evidence that shows that caffeine, particularly its smaller elements like the metabolite paraxanthine, could affect the synthesis of connective tissue growth factor (CGTF), which plays a role in fibrosis.

Other evidence points to components in the coffee itself other than caffeine. One large study found beneficial effects from decaf coffee on liver cancer risk, although those effects were not quite as powerful as with caffeinated coffee.﻿﻿﻿ Other compounds in coffee continue to be investigated. The natural compounds cafestol and kahweol may provide protection against toxins.

Anyone who's been to Starbucks can tell you that there are countless ways to grow, prepare, and serve coffee. Most of the research studies haven't identified a best type of coffee for liver benefits. However, unless it is otherwise specified, it is safe to assume that the studies are referring to the most common coffee preparations: drip coffee made with arabica beans. Several studies did test decaffeinated coffee and reported similar, but lesser, protective effects.﻿﻿﻿

It is important to keep in mind that many different factors play a role in liver disease progression. One such factor is obesity. We do know that adding cream, sugar, and other confections to your coffee will increase your daily caloric intake. This may ultimately lead to weight gain.

The evidence supporting coffee's beneficial effects on the liver is fairly strong. But that doesn't mean you should rely on coffee alone to protect you from liver damage. A far more sure-fire method is to limit your daily consumption of alcohol.

By Naheed Ali, MD
Naheed Ali, MD, PhD, is the author of "Understanding Hepatitis: An Introduction for Patients and Caregivers." 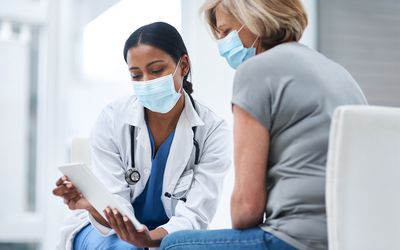 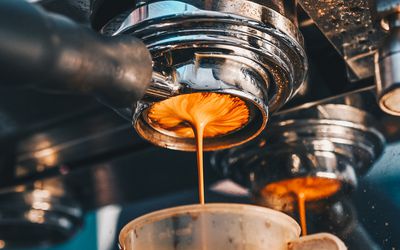