Sharon Gillson
Sharon Gillson
Sharon Gillson is a writer living with and covering GERD and other digestive issues.
Learn about our editorial process
Medically reviewed
Verywell Health articles are reviewed by board-certified physicians and healthcare professionals. These medical reviewers confirm the content is thorough and accurate, reflecting the latest evidence-based research. Content is reviewed before publication and upon substantial updates. Learn more.
by
Robert Burakoff, MD, MPH

Heartburn can be caused in several different ways. By understanding the most common causes of heartburn, you can make changes to your lifestyle and diet that are also part of the treatment of gastroesophageal reflux disease (GERD). Some of the mechanisms that can contribute to heartburn include direct irritation of the esophagus, weakness of the lower esophageal sphincter (LES), motility disorders of the digestive tract that result in delayed gastric emptying, and hiatal hernia. Often, more than one of these factors contributes to bouts of heartburn.

Understanding heartburn starts with knowing how a healthy digestive system functions. Your digestive tract starts with your mouth, where food is chewed and mixed with saliva, starting the process of digestion. From here, food travels to the esophagus. This muscular tube makes tiny contractions, called peristalsis, to move the food to the stomach.

The esophagus and stomach are connected by a band of muscle fibers called the lower esophageal sphincter (LES). Normally, the LES works like a valve, opening to allow food to pass into the stomach and closing to keep food and digestive juices from flowing back into the esophagus. But if the sphincter relaxes when it shouldn't, or becomes weak, stomach acid can flow backward into the esophagus causing the burning sensation known as heartburn.﻿﻿

The underlying mechanisms that can produce heartburn can also lead to the development of GERD if your heartburn is frequent.

Some types of food, drink, smoking, and medications can directly irritate the lining of the esophagus and cause heartburn. In the case of medications, it may make a difference to stay upright for at least 20 to 30 minutes after taking the medication and to take the pill with a full glass of water.

If the lower esophageal sphincter is weak or loses tone, the LES will not close completely after food passes into the stomach. Stomach acid can then back up into the esophagus. Certain foods and beverages, alcohol, drugs, and nervous system factors can weaken LES and impair its function.

In normal digestion, food is moved through the digestive tract by rhythmic contractions called peristalsis. When someone has a digestive motility disorder, these contractions are abnormal. This abnormality can be due to one of two causes—a problem within the muscle itself, or a problem with the nerves or hormones that control the muscle's contractions.

Some people with gastrointestinal reflux disorder (GERD) have abnormal nerve or muscle function in their stomachs that could result in impaired motility.

Pressure on the Abdomen

Excessive pressure on the abdomen can put pressure on the LES, allowing stomach acid to enter the esophagus or even the mouth. Pregnant women and overweight people are especially prone to heartburn for this reason.

Other medical conditions that may contribute to GERD include asthma and diabetes.

Studies have suggested there is an inherited risk for GERD.﻿﻿ This could be because of inherited muscular or structural problems in the esophagus or stomach. Genetic factors may also be an important aspect in a patient's susceptibility to Barrett's esophagus, a precancerous condition caused by severe GERD.

Some people have a naturally weak LES that is unable to withstand normal pressure from the contents of the stomach. But other factors also can contribute to this weakening and lead to heartburn episodes.

Alcohol relaxes the LES, allowing the reflux of stomach contents into the esophagus. It also increases the production of stomach acid and makes your esophagus more sensitive to stomach acid. Drinking alcohol can also lead to making less healthy food choices and eating foods you know can trigger your heartburn.

The chemicals in cigarette smoke weaken the LES as they pass from the lungs into the blood. Cigarette smoking slows the production of saliva, which is one of your body's defenses against damage to the esophagus. Smokers also produce fewer acid-neutralizing chemicals in saliva, called bicarbonates. Also, smoking stimulates the production of stomach acid and changes stomach acid by promoting the movement of bile salts from the intestine into the stomach. Digestion is slowed while you are smoking and the stomach takes longer to empty.

People differ as to which foods trigger heartburn. These are the most common:

How you eat can also trigger heartburn episodes:

Being overweight or obese places pressure on the abdomen that can trigger heartburn, and weight loss is recommended. Even wearing tight-fitting clothes can cause pressure in the abdomen. This forces food up against the LES and causes it to reflux into the esophagus. Tight-fitting belts and slenderizing undergarments are two common culprits. You can also feel increased symptoms when you lie down or have a full stomach.

Some people find certain types of exercise triggers heartburn. High-impact exercises that involve jumping, as well as exercises such as crunches that place pressure on the abdomen, are the most likely to be triggers.

Nearly any medication may cause heartburn, but there are clearly some drugs that are bigger culprits than others. There is more than one way in which drugs can cause heartburn and sometimes heartburn is due to a combination of different causes. You can work with your healthcare provider to either find ways to take your medications that will decrease your heartburn symptoms or to switch to a different drug which is less likely to cause heartburn.

Medications that have been known to cause heartburn include:

How to Diagnose Heartburn
9 Sources
Verywell Health uses only high-quality sources, including peer-reviewed studies, to support the facts within our articles. Read our editorial process to learn more about how we fact-check and keep our content accurate, reliable, and trustworthy. 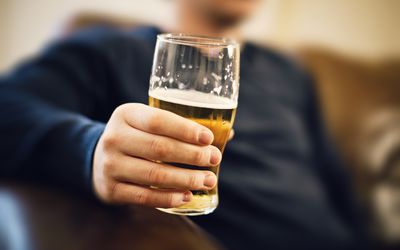 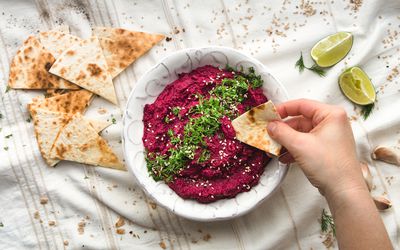 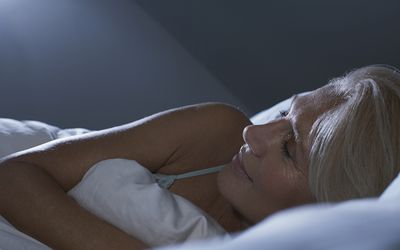 How to Lessen Nighttime Heartburn