There are a variety of factors that go into how health insurance premiums are determined. The rules vary significantly depending on the type of coverage, and in some cases, on the state where the policy is issued.

Two types of rating—community rating and experience rating—are on opposite ends of the spectrum, but there's a middle ground too, called modified community rating, which is used by a wide range of health plans. This article will explain what these terms mean and how they're used.

Pure community rating means everyone in a given area pays the same price for their health coverage. There's no variation based on age, medical history, tobacco use, occupation, etc. This is a fairly rare approach, but we do see it in some areas for some types of coverage.

For example, although the Affordable Care Act (ACA) allows insurers to vary individual and small group premiums based on age, Vermont and New York do not (and Massachusetts has a more restrictive rule than the federal government's requirements).

And the entire state of Vermont is one single rating area (versus eight in New York and seven in Massachusetts), which means individual and small group premiums don't vary at all in Vermont, regardless of a person's age or where they live.

Vermont, New York, and Massachusetts are also among the states where individual and small group insurers are not allowed to charge a tobacco surcharge, further solidifying true community rating in those states.

Under the Affordable Care Act, insurers in the individual and small group market are not allowed to base premiums on a person's medical history, but they are allowed to charge tobacco users higher premiums unless a state imposes rules to prohibit this.

There are several states where Medigap (Medicare Supplement Insurance) plans are required to use community rating. This approach is allowed nationwide, and there are some insurers that use it even in states where it's not required.

For Medigap plans, community rating means that the insurer cannot vary premiums based on age or health status for enrollees who are over the age of 65. Depending on the state, however, premiums may still vary for people under the age of 65 who are enrolled in Medicare due to a disability.

The Affordable Care Act's requirement for the individual and small group markets is a modified community rating approach: Insurers cannot use medical underwriting (i.e., an applicant or member's medical records, claims history, genetic information, etc.) or gender rating, but they are still allowed to vary premiums based on age, tobacco use, and geographic area.

Premium subsidies (premium tax credits) in the individual market are larger for older applicants, to offset the higher cost of their coverage. But the subsidies cannot be used to cover a tobacco surcharge, so tobacco users do pay more for their coverage if their insurer imposes a surcharge.

Although individual and small group premiums are based on per-person rates, the Affordable Care Act does limit total premiums for larger families by only counting up to three children under the age of 21 when the family's premiums are determined. For example, a family with five kids under the age of 21 will only pay premiums for three of them, in both the individual and small group markets.

The American Medical Association (AMA) has expressed support for the modified community rating approach used in the ACA, noting that it "strikes a balance between protecting high-risk individuals and the rest of the population."

It's noteworthy that the AMA clarified that "the success of modified community rating in keeping health insurance affordable is linked to the maximum number of individuals being insured, which can be assured by an individual responsibility requirement." The ACA does include an individual shared responsibility provision (aka, the individual mandate), although the penalty for non-compliance was eliminated as of 2019. So there is no longer a federal penalty for being uninsured.

But the individual market has nevertheless remained quite stable since 2019, in large part because of the ACA's premium subsidies that keep premiums quite modest for most enrollees. And as a result of the American Rescue Plan's subsidy enhancements, enrollment in the individual market has climbed to record-high levels. The Inflation Reduction Act, enacted in 2022, ensures that the subsidy enhancements will remain in effect through 2025, and Congress could choose to extend them past that date.

Experience rating is the opposite of community rating. It means that an applicant or group's medical history and claims experience is taken into consideration when premiums are determined.

Experience rating can still be used by large group plans. In most states, this means employer-sponsored plans with more than 50 employees, but there are four states where the small group market (with modified community rating rules) includes employers with up to 100 employees, and large groups are those with 101 or more employees.

The majority of large group plans are self-insured, which means the employer covers the cost of employees' medical care using its own funds, as opposed to purchasing coverage from an insurance company (most self-insured employers contract with an insurer to administer the plan, but the employer's money is used to pay claims, as opposed to the insurer's).

But for large groups that purchase coverage from a health insurance company, experience rating is allowed. This means the insurer can look at the group's overall claims history and take that into consideration when setting premiums for the group. This is true both when the group initially purchases the coverage, and at each annual renewal.

Prior to the Affordable Care Act, this was true for groups of all sizes (unless a state had taken action to prohibit this for small groups; most states had at least some restrictions on how much rates for small group plans could vary based on claims history). But that changed in 2014 when new small group plans had to transition to a modified community rating approach.

Experience rating can also still be used by health plans that aren't subject to the ACA's regulations. This includes things like medically underwritten Farm Bureau plans, which are available in a handful of states. Other types of non-ACA-compliant coverage, such as short-term health insurance, can use experience rating if they choose to do so. But these plans are more likely to just decline applicants with serious medical conditions, and then use post-claims underwriting if enrollees have a significant claim.

Thanks to HIPAA and the ACA, there are some significant consumer protections in terms of how health insurance premiums are set. For the most part, pre-existing conditions aren't taken into consideration when premiums are determined. Individual and small group health plans in most states use modified community rating, and medical history is not a factor. And although large group plans can use experience rating, individual employees cannot be singled out for higher premiums based on their medical history. 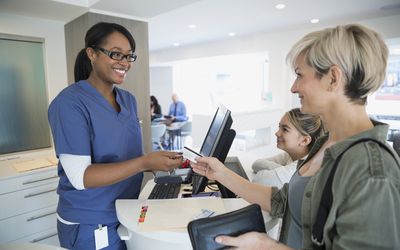 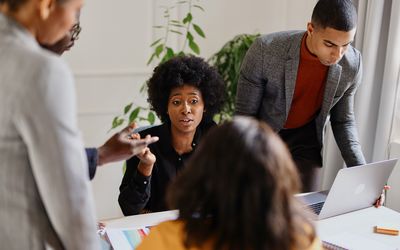 What Is the ACA’s Employer Mandate?