Subarachnoid hemorrhage (SAH) is a frightening and potentially life-threatening condition in which blood leaks from a ruptured artery in the brain into the cerebrospinal fluid (CSF).

Only about a third of patients with SAH have a “good result” after treatment. As if this wasn’t enough, subarachnoid hemorrhage can set off a cascade of other problems. To safeguard against these further complications, victims of subarachnoid hemorrhage are monitored in an intensive care unit after they first come into the hospital.

There are four major complications to subarachnoid hemorrhage. Those complications are vasospasm, hydrocephalus, seizures, and rebleeding.

Vasospasm occurs when an artery narrows due to a persistent contraction (a "spasm") of the blood vessel. This narrowing can reduce blood flow to parts of the brain.﻿﻿﻿

Vasospasm can be difficult to treat once it occurs, so doctors will monitor patients who have experienced SAH through neurological exams like transcranial Doppler (TCD) ultrasound. Treatment will usually focus on treating the bleeding first, which may involve interventional radiology or neurosurgery to treat abnormal or leaky blood vessels. Doctors will prescribe medications that work to balance your fluids and blood concentration to improve blood flow in the brain.﻿﻿﻿

If vasospasm persists in spite of therapy, more invasive options, like angioplasty (opening the blood vessel with a catheter threaded through the blood vessels) or using a catheter to inject medications directly at the narrowed spot, may be attempted.

Sometimes a blood clot from the subarachnoid hemorrhage can become lodged in one of the important natural CSF drainage sites. Normally, CSF is produced in the ventricles of the brain. It then travels out through small openings known as foramina. If these openings are clogged, the CSF is still produced but has nowhere to go. The result is an increase in pressure inside the ventricles of the brain, which is known as hydrocephalus.﻿﻿﻿﻿ The pressure spreads to the brain and skull.

Increased intracranial pressure can lead to decreased consciousness and coma. If left untreated, the brain can be pushed through tight regions like the opening at the base of the skull, resulting in death. To prevent this pressure build-up, neurosurgeons may place a shunt into the skull to drain out excess CSF. Lumbar drainage may also be used in the treatment of a type of hydrocephalus called communicating hydrocephalus.

Blood can irritate the cerebral cortex and result in a seizure. However, only a small percentage of patients with SAH go on to have epilepsy (a seizure disorder).﻿﻿﻿ Doctors may consider using preventive anti-epileptics in the immediate period of time after the hemorrhage. But long-term anti-epileptic use is not recommended (with some exceptions based on individual risk factors), due to the risks of side effects.

After a SAH, the risk of re-bleeding is about 3% to 13% within the first 24 hours, according to a 2012 article in Stroke.﻿﻿﻿﻿﻿ Frequent neurological examinations and periodic head CT scans, especially in the period shortly after the initial bleed, can help detect re-bleeding if it occurs.

To prevent re-bleeding, high-risk aneurysms in the brain are sealed off. This can be done by using a type of surgical staple to clip the aneurysm off from the rest of the artery, or by threading a catheter through the arteries up to the aneurysm and inserting metal coils or a sealant substance to seal the aneurysm. Which procedure is better is a complex decision that varies from person to person and requires a careful discussion with the medical team.

While the four main complications of subarachnoid hemorrhage may seem like more than enough, unfortunately, there are several more potential dangers that come from needing care in an intensive care unit. Deep vein thrombosis of the legs, hyponatremia, and hospital-acquired infections must also be guarded against. Surviving the initial bleed is only part of the challenge of subarachnoid hemorrhage. Surviving the rest will require close cooperation with a team of medical specialists. 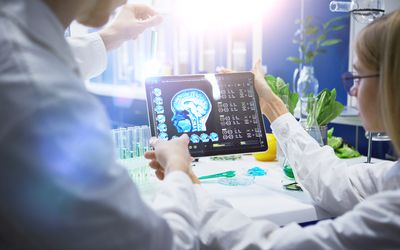 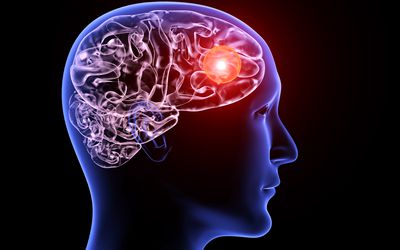