The Effects of the Social Stigma of Obesity and Coping Strategies

Sherry Christiansen
Sherry Christiansen is a medical writer with a healthcare background. She has worked in the hospital setting and collaborated on Alzheimer's research.
Learn about our editorial process
Medically reviewed
Verywell Health articles are reviewed by board-certified physicians and healthcare professionals. These medical reviewers confirm the content is thorough and accurate, reflecting the latest evidence-based research. Content is reviewed before publication and upon substantial updates. Learn more.
by
Jason DelCollo, DO

Dealing with the emotional aspects of being overweight is key to successful obesity treatment; there are psychological implications of being overweight. In addition, the stigma of obesity often plays into a person’s ability to effectively deal with the underlying factors that are helping to drive this pandemic of the modern world.

Although the cause of obesity is linked with several physical factors (such as genetics, sedentary lifestyle, and poor diet) the lifestyle and diet choices people make often originates from one’s thoughts and emotions.

Feelings of depression, anxiety, or sadness—particularly when coupled with stress and negative thinking patterns—may lead a person to overeat.

In fact, obesity has been compared to other addictions such as alcohol and drugs, in that some of the same dynamics are in play. For example, according to the American Psychological Association, “A person’s negative self-concept, coupled with depression, are two of the most common driving forces behind using food to cope.

According to Psychology Today, “Obese people are more vulnerable to external cues, while lean people rely on their own internal system to tell them that they have eaten enough.” These differences parallel the results of drug and alcohol addiction research, in that those with obesity share many of the same challenges (such as responding to external cues) with alcoholics and drug addicts.

Unless a person can deal with the emotional aspects of overeating, coping with obesity may be quite difficult. Changing one’s perceptions and thoughts and addressing the emotional factors linked with obesity, requires an in-depth treatment plan approach.

Binge eating is defined as consuming very large amounts of food in a short time span (such as a few hours) followed by a feeling of loss of control.

Women are slightly more at risk for obesity than men, but they are much more apt to be affected by the obesity/depression cycle. In fact, a 2008 study found a 37% increase in major depression in obese women.

Another study of obese woman found that a little more than half (51%) of the study participants who had a binge eating disorder also had a history of major depression.

According to the journal Cerebrum, “Given that binge eating is widely seen as a means of managing unwanted emotions, some treatments have targeted patients’ emotional regulation abilities.” One example of a treatment aimed at regulating emotions is dialectic-behavior therapy (DBT).

DBT is a cognitive treatment that focuses on building up a tolerance to emotions, mindful awareness, coping skills, and effectiveness in interpersonal relationships. Studies showed that those who were taught the principles of DBT experienced a significant decrease in binge-eating behavior.

Often, obesity is coupled with depression. The two conditions can act as a continuum, one exacerbating the symptoms of the other.

Overeating often causes a person to feel guilty, which may lead to a feeling of failure and depression. In turn, depression may drive a person to overeat as a way to cope with their emotions.

Before obesity treatment can be effective, many people must seek medical treatment for depression.

Just like the negative cycle of overeating and depression, stress and depression can potentiate each other as well. This can result in a change in normal eating habits, leading to obesity.

For example, it’s common that a person who is going through a dysfunctional relationship or has suffered a major loss begins suddenly eating too much, particularly by eating foods that are high in calories known as comfort foods. Depression can make it difficult to get motivated to exercise or engage in other physical activities.

Once these demotivating, bad eating patterns get established they often become long-term habits, leading to inactivity, chronic overeating, and obesity. Again, coping with obesity translates to dealing with the underlying stressors (such as grief and loss) that cause the depression, which in turn results in inactivity and overeating.

Facing the many complexities of obesity is a challenge that must be taken on as a society. Not only must each person—diagnosed with obesity—fight their own personal battle, everyone must work together to dissolve the stigma associated with the condition, because of its devastating effects on those who are struggling to cope with obesity.

Considering that nearly half of the people in the U.S. are either overweight or obese, Americans must become more sensitive to the needs of people with obesity. According to the American Journal of Public Health, “Stigmatization of obese individuals threatens health, generates health disparities, and interferes with effective obesity intervention efforts. These findings highlight weight stigma as both a social justice issue and a priority for public health.”

What Is Weight Stigma?

There are numerous diet plans designed to help people lose weight, but, perhaps the most well-known plan for those who are overweight or obese is Weight Watchers.

The Weight Watchers program was designed as a behavior modification program, involving weekly weigh-ins, support group meetings, and online discussion forums. Weight Watchers creates a type of community, helping people with obesity work together to cope with all aspects of the disorder.

Often hospitals and other community organizations offer weight loss support groups. You can ask your healthcare provider for recommendations.

This type of emotional support—seeking out or accepting understanding from others—is known as an emotion-focused coping strategy. It has been found to be very successful in coping with obesity.

Coping with the Social Stigma of Obesity

The stigma of obesity is a pervasive problem in the U.S. (and other Western countries). Those who are overweight and obese have disadvantages in many areas of life, including employment, healthcare, education, and relationships. For those who are obese, dealing with stigma can be a daily experience linked with psychological stress, binge eating, exercise avoidance, and an increase in the stress hormone cortisol.

Self-image is an important factor in how a person copes with obesity. How obese people feel about themselves has much to do with how they experience social stigma. A 2015 study revealed that, when coping with obesity, a person’s self-concept and response to social stigma can change in time.

So, how do people cope with the stigma of obesity to improve their self-image? Examples of coping strategies that people have used for coping with obesity include:

Although numerous coping responses have been identified, there has not been enough clinical research data to prove which strategies are most effective in coping with obesity.

The term “coping” refers to a person’s behavioral and cognitive attempts to more effectively deal with external and internal demands. There are many different coping strategies.

Coping with obesity usually requires a multidisciplinary (professional team) approach. The “team” is comprised of professionals equipped to deal with the multifaceted problems related to obesity (such as self-esteem, emotions, and negative thoughts).

Simply changing a person’s diet or increasing one’s physical activity is not enough. You must change fundamentally how you see yourself, and how you cope with stress and negative emotions.

There are many things you can try to help you do so.

Studies have shown that people diagnosed with obesity who could express their stressful feelings (via verbal communication or writing down their feelings) were able to lower the negative impact that stress had on their lives.﻿﻿

Instead of obsessing over failure to stick to a diet or workout schedule, consider what underlying thoughts and feelings may have caused a relapse. Then, talk to a professional (such as a counselor or psychiatrist) to formulate a plan for coping with the bad feeling or negative thoughts.

How to Prevent Obesity
10 Sources
Verywell Health uses only high-quality sources, including peer-reviewed studies, to support the facts within our articles. Read our editorial process to learn more about how we fact-check and keep our content accurate, reliable, and trustworthy.
Additional Reading 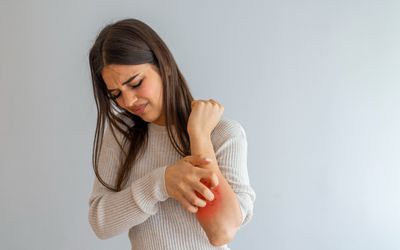 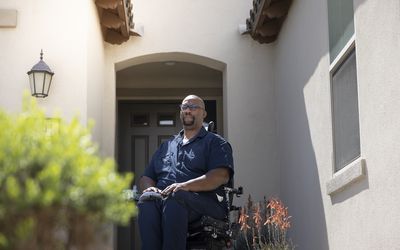 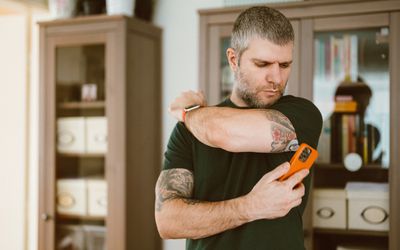 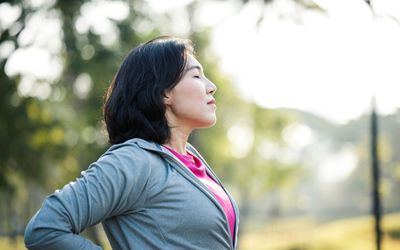 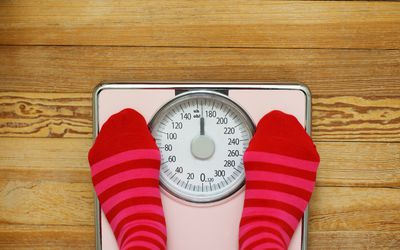 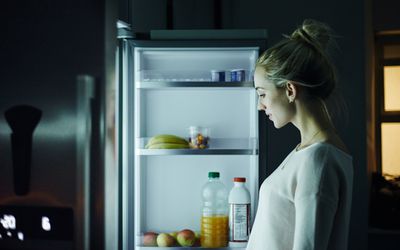 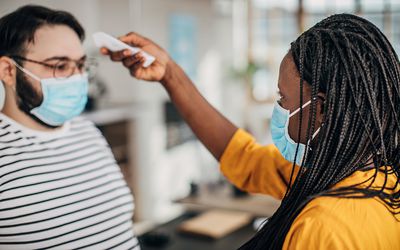 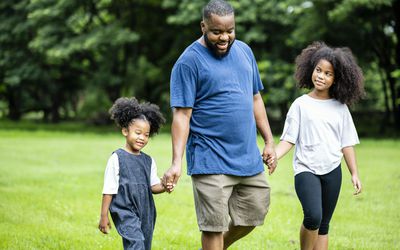 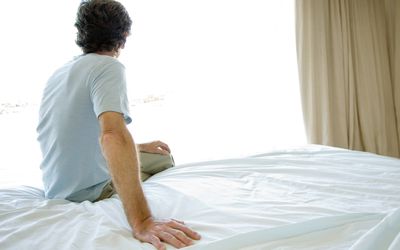 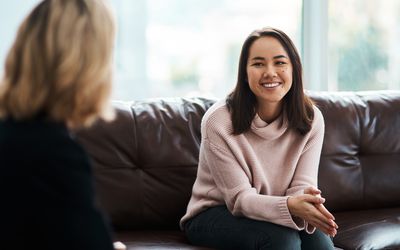 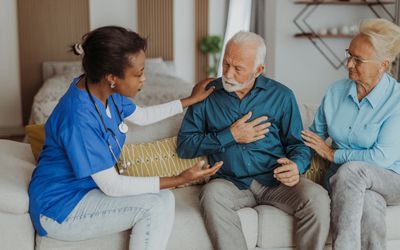 The Link Between Lung Cancer and Depression 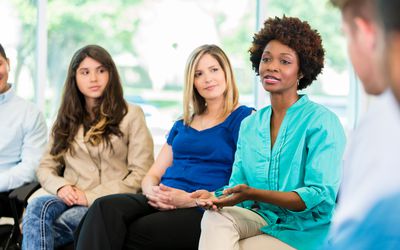