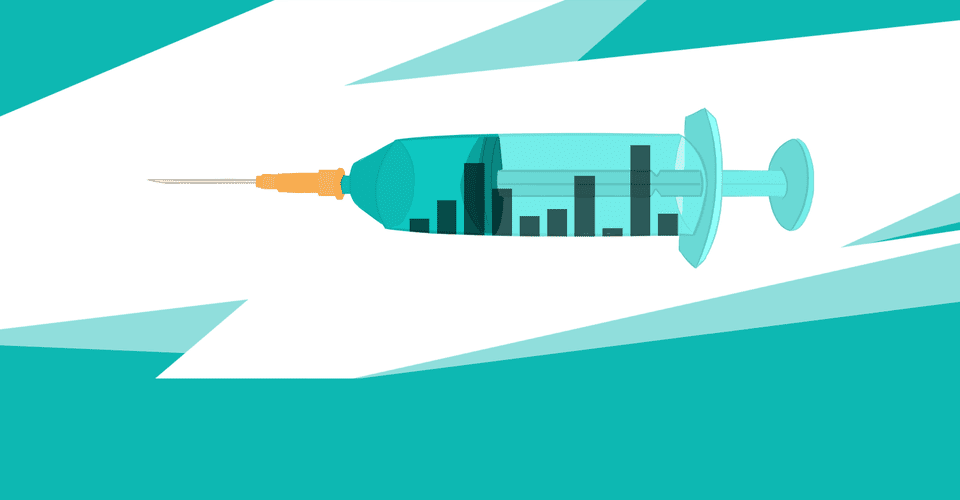 Ashley Hall is a writer and fact checker who has been published in multiple medical journals in the field of surgery.

Learn about our editorial process
Ashley Hall
Updated on May 05, 2021

President Biden is adjusting expectations for the summer’s COVID-19 vaccine rollout. On May 4, Biden announced a new goal for the country: By July 4, 70% of U.S. adults will have at least one shot, and 160 million U.S. adults will be fully vaccinated.

Remarks that the president made in March suggested that he was aiming for 70% full immunization by July 4, but after a few consecutive weeks of declining enthusiasm for vaccines, it’s clear that expectations need to be adjusted.

The number of first doses administered has declined sharply since April 13—the day that the government paused the Johnson & Johnson vaccine to investigate rare but serious cases of blood clots. The pause, which is now over, may have deterred people who were on the fence about getting vaccinated.

Fewer people getting first doses means less of the population is on its way to immunization. As a result, our prediction of when the country will achieve herd immunity—a nebulous figure to begin with that was pegged somewhere around 70% or higher—has been pushed from July to August. As The New York Times reported this week, many experts think that we’ll never achieve herd immunity at all. Several factors are influencing this reality, like the stubbornly persistent anti-vaccination cohort and rising COVID variants.

While there’s still no clear percentage of the population necessary to reach herd immunity for COVID-19, 70% is a good place to start. Herd immunity refers to the protectiveness achieved when a significant portion of a population develops immunity to an infectious disease, either through vaccination or having a prior illness. Anthony Fauci, MD, director of the National Institute of Allergy and Infectious Diseases, used to say 60% to 70% of the population needed to be vaccinated or recovered to reach herd immunity, his projection has evolved to range from 70% to 90%.

Herd immunity is a complex calculation that relies on both past infections and number of people vaccinated. Because the World Health Organization emphasizes herd immunity should rely on vaccination and not disease exposure, for the sake of projections, our numbers focus on the time it will take to hit 70% through vaccination alone.

Improving Vaccine Access Will Help the U.S. Meet Its Goal

Over 44% of the U.S. population has had at least one COVID-19 vaccine dose. That figure is higher—56.7%—when looking exclusively at the adult population. Whether or not the country will pick up the extra 13.3 percentage points to hit the 70% goal in the next two months could come down to making vaccination more accessible and convenient.

To that end, Biden has announced a series of tactics and funding measures to bring shots directly to the people who may not have otherwise gotten one. Steps the administration is taking to close the vaccine gaps include:

Vaccine Allocation Will Begin to Change for States

State vaccine allocation is determined by the number of people age 18 and older in proportion to the U.S. population. From there, each state can determine how to distribute the vaccine supply based on its own eligibility criteria. States do not necessarily have to order their full allocation each week if there’s not the demand to support it.

Up until now, a state could roll any unordered vaccines from its weekly allocation into the following weeks. However, as general vaccine demand dips, the federal government is moving to more of a use-it-or-lose it model. If states do not order their full vaccine allocation, the doses will be reallocated to a federal pool and distributed to places with the greatest need.

That doesn’t mean that states will be left in a lurch—governors will be able to work with the federal government to adjust their vaccine allocation if demand rises again.

As a result of this change, we may begin to see a decrease in the country’s vaccine efficiency rate—the percentage of available doses actually making it into arms each week. For the past few months, this rate has hovered around 80%, regardless of waning vaccine enthusiasm, because states have been ordering less and less from the government.

Take the first week of April, for example. As of April 5, the government had delivered a total of 207,891,395 vaccine doses to the states—27 million more than the week before—and 166,512,412 were administered. This means 80% of available doses were administered.

A month later, even amid the decrease in first shot appointments and Johnson & Johnson vaccine blunders, 79% of available doses are still being administered. But between the last week of April and the first week of May, the government only added 22 million doses to the national total.

In other words, states are doing an admirable job of keeping up appearances by ordering fewer doses and administering as much as they can. But as we enter a new phase of the vaccine rollout, it will take a concerted effort from the government and public health officials to keep that vaccine administration rate consistently high.