Creatine is an organic acid that your body uses to produce energy in the form of adenosine triphosphate (ATP). Both fibromyalgia and chronic fatigue syndrome are believed to involve low levels of ATP, so it's natural to wonder whether creatine could be an effective part of your treatment regimen.

What Does Creatine Do?

Creatine is produced by your body and is also available through dietary sources. It's often recommended for athletes, but it may offer benefits to many other people, as well.

We don't have a lot of research on creatine, but we're learning more all the time. Thus far, research suggests that creatine may:

We'll likely see a great deal more research on creatine in the future.

We don't have a lot of research on creatine supplements for these conditions. However, what we do have is fairly compelling.

A 2013 study in Arthritis Care & Research suggests that creatine supplements may improve muscle functional capacity in people with fibromyalgia, suggesting that it might help people do more without suffering the negative consequences that often follow exertion in people with this condition.

In 2017, a BMC Neurology article reported that creatine was one of three metabolic substances that were dysregulated in fibromyalgia and that a simple urine test for these substances could provide an accurate way to diagnose the illness. (We'll need a lot more research before we can say conclusively that this diagnostic method is reliable, so don't expect to see it at your healthcare provider's office any time soon.)

While this possible discovery could be incredibly important for future diagnoses, this study doesn't tell us anything about whether creatine supplements may improve the condition. The connection it helps establish, though, could lead more researchers to what role creatine might play in fibromyalgia.

In chronic fatigue syndrome, creatine is commonly recommended as a supplement because of its association with improving athletic performance. A key symptom of chronic fatigue syndrome is post-exertional malaise, which is a sharp, often extreme upturn in symptoms following exertion. We have some preliminary evidence that raising creatine levels may help with that.

A small 2016 study published in the journal Nutrients looked at supplementation with guanidinoacetic acid, which is an ingredient our bodies use to produce creatine. Researchers say that after three months, participants had significantly increased levels of creatine in their muscles, and they also had significantly more strength and aerobic power (how much oxygen you can take in during maximum exertion). That may indicate a higher tolerance for exercise.﻿﻿

Additionally, a 2017 study in Biological Psychiatry found that a lower ratio of brain N-acetylaspartylglutamate to creatine was linked to higher pain levels. Again, this doesn't tell us whether creatine supplementation is helpful for combating symptoms of this disease, but it provides evidence of a link that could lead to more research down the road..﻿﻿

A growing body of research suggests both neurological components and possible mitochondrial dysfunction in both fibromyalgia and chronic fatigue syndrome. Some studies suggest that creatine may address several features of those types of illnesses, such as:

For athletic adults, a typical maintenance dose for improving exercise performance is two grams of creatine a day. For other adults, suggested dosages typically range from three to five grams per day. However, research shows that up to 3 grams a day is generally safe and well-tolerated, both short-term and long-term.

Be sure to discuss creatine supplementation with your healthcare provider and pharmacist to make sure you're taking it safely and to see whether it may interact negatively with other drugs and supplements you're taking.

Red meat and fish contain a little bit of creatine, but cooking destroys some of it. Eating carbohydrates along with sources of creatine may increase the amount that's available for your muscles to use.

The recommended sources of creatine include:

Even natural substances, including those that are normal parts of our bodies, can cause unwanted side effects. That's true of creatine, along with most supplements.

The possible side effects of creatine include:

If you have high blood pressure, liver disease, or kidney disease, you should not take creatine supplements.

Creatine may increase your risk of kidney damage when combined with drugs or supplements that affect your kidneys, including:

Be sure to start supplements one at a time and at the lowest possible dose, gradually working up to the recommended amount. Watch for side effects, and be sure to talk to your healthcare provider if you have any questions or concerns. 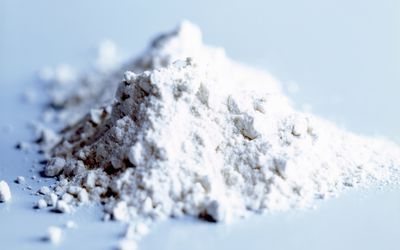 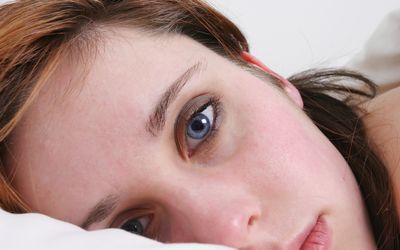 The Link Between ATP and Low Energy in Fibromyalgia and CFS