The RAS does this by altering the brain's electrical activity, including the electrical voltage of brain waves and the speed by which neurons (nerve cells) fire.﻿﻿ Depending on how the RAS configures these signals, you may be more alert or less alert, more awake or less awake, or more cognizant or less cognizant.

If the system is damaged, it can result in sleep problems, lethargy, or coma. It also can play a role in narcolepsy and degenerative brain disorders such as Parkinson's disease and progressive supranuclear palsy (PSP).﻿﻿

Components of the RAS

The RAS is composed of interlinked pathways that start in the brainstem located at the back of the brain.﻿﻿ It then continues upward through the thalamus in the center of the brain and further on to the cerebral cortex (the thin layer of neural tissue on the surface of the brain).

Other components of the RAS situated deep within the brain include the midbrain reticular formation, mesencephalic nucleus, thalamic intralaminar nucleus, dorsal hypothalamus, and tegmentum.

The RAS releases chemicals that regulate motor function (movement) as well as emotions, wakefulness, and memories on the other.

Those involved in motor function is composed primarily of an organic chemical called acetylcholine, while those associated with consciousness and feelings are mainly composed of monoamine neurotransmitters such as dopamine, norepinephrine, and serotonin.﻿﻿

The RAS helps the brain gear up for a higher level of activity so that you can arise in the morning. Think of it as the brain's attention center in which external stimulus is systematically organized into conscious thought. In order to get you up in the morning, the RAS responds to various triggers, such as the sun, sounds, and other external stimuli.

During wakefulness, the brain will produce low-voltage, fast-firing brain waves so that signals can be organized rapidly, contributing to alertness and attentiveness. The same occurs during the REM cycle of sleep, characterized by rapid eye movements, intense dreaming, and increased pulse and breathing rates.

During the sleep-wake transition, the neurons will fire at a much slower rate, making organizing thoughts less coherent. This will give way to high-voltage, slow-firing brain waves that facilitate non-REM sleep.

How the Loss of REM Sleep Affects Your Health

If the RAS becomes damaged in any way, it can affect both wakefulness and sleep. Such damage is often the result of a traumatic brain injury, such as an ischemic stroke or a severe blow to the head injury.

A coma is one such example, characterized by a deep state of unconsciousness in which are you unable to move or respond to external stimulus.

Another disorder associated with the RAS is narcolepsy, a chronic disorder characterized by poor control of sleep-wake cycles. This disruption of the cycle can manifest with extreme and uncontrollable bouts of sleepiness, causing you to suddenly fall asleep without notice. Narcolepsy is a dangerous condition that can place you at risk of injury while walking, driving or operating machinery.

Parkinson's disease also can affect RAS function. As neurons break down as a result of the disease, they fire less frequently. Not only does this affect motor function, it can affect sleep quality by disrupting the REM cycle.

With PSP, neurons in the brainstem and cerebral cortex develop abnormal clumps of protein called tangles. These tangles interfere with RAS pathways and contribute to cognitive impairment and sleep-wake dysregulation in people with PSP.

RAS damage caused by a traumatic brain injury is generally not “fixable” but can be treated with rehabilitation strategies that focus on the sleep-wake cycle. Examples include:

People with narcolepsy are often treated with stimulants such as modafinil or armodafinil. Newer stimulants include solriamfetol and pitolisant. Less often, older stimulants that are used in people with attention-deficit hyperactivity disorder (ADHD) may be prescribed. Sodium oxybate is highly effective for treatment of cataplexy, a feature of narcolepsy. Sometimes selective serotonin reuptake inhibitors (SSRI) antidepressants are used to suppress REM sleep to help alleviate symptoms of narcolepsy.

Sleep disturbances in people with degenerative brain disorders are more difficult to treat and require an individualized approach overseen by an experienced neurologist. 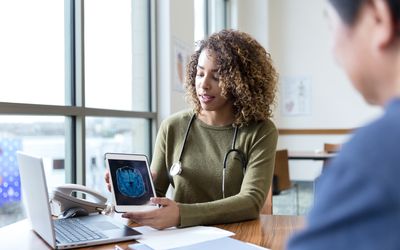 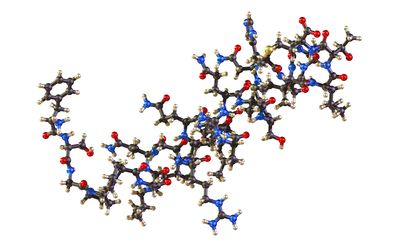 Orexin in Narcolepsy and Other Sleep Disorders 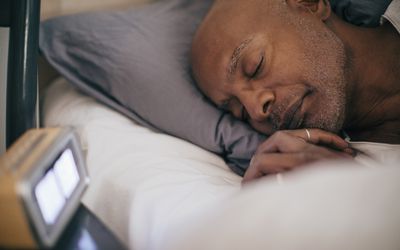 What Is REM Sleep?