Why Is the Delta Variant More Transmissible?

The Delta variant has taken hold in the United States, driving a worrisome spike in COVID-19 infections, especially among unvaccinated populations.

Delta is the most transmissible COVID-19 variant yet. It could be as contagious as chickenpox—which spreads more easily than the common cold, Ebola, and the 1918 flu—says an internal presentation from the Centers for Disease Control and Prevention (CDC).

Chinese researchers found that people infected with Delta had about 1,000 times the viral load in their respiratory tract compared to those infected with the original strain. This variant also make people contagious in about four days, rather than six, as with other variants.

Scientists are seeking to understand what makes this variant so contagious—here’s what we know so far.

The CDC estimates that the Delta variant is responsible for 82% of COVID-19 cases in the U.S. in mid-July, just two weeks after it became the country’s dominant variant.

A COVID-19 outbreak in Massachusetts this month appears to be a case study of this. During the outbreak, which was fueled by the Delta variant, three-quarters of those infected were fully vaccinated, according to a CDC report.

Fortunately, Marina Van Kerkhove, technical lead for COVID-19 at the World Health Organization, said in a briefing that the organization hasn’t seen a substantial increase in severe sickness or death, meaning people infected with the Delta variant don’t seem to die more readily than those infected with other variants.

The highly contagious Delta variant heightens the risk of infection for unvaccinated people. Strategies like wearing masks, maintaining social distancing and avoiding crowded public spaces can decrease your risk of illness. Experts say the best way to protect yourself from the Delta and other viral variants is to be fully vaccinated. For more information on vaccine clinics near you, visit vaccines.gov.

Looking Beyond the Spike

To understand why Delta is so infectious, researchers are looking to the ways it differs from other variants of concern.

For the most part, scientists have sought to understand the signature crown-like spike protein on the outside of the COVID-19 virus. The spikes of this protein act like keys, which bind to receptors that can unlock the path to human cells. Most of the COVID-19 vaccines target this spike protein to block the virus from entering cells.

In addition to these worrisome changes, Nevan Krogan, PhD, professor and director at the Quantitative Biosciences Institute at the University of California San Francisco, says it’s worth paying attention to mutations in the variant’s genome that are unrelated to the spike protein.

“Spike is a key one,” Krogan tells Verywell. “We have a lot of reason to believe that mutations in these other non-spike proteins are also playing a role in making some of these variants more transmissible and ultimately more deadly.”

Scientists are still trying to understand Delta’s unique combination of genetic mutations. For instance, it lacks two key mutations that made the Alpha, Beta, and Gamma variants particularly invasive, Kaiser Health News reported. And it contains a unique mutation in an area of the genome that allows the virus to fuse with human cells.

Krogan thinks that Delta is able to suppress the immune system once it's inside human cells. In a preprint study, his team found that non-spike mutations in the Alpha variant allowed the variant to better evade immune responses. Krogan says Delta may operate in a similar way—by infecting cells without triggering the body’s alarm system, giving it opportunity to create more viral copies before the immune response stops it.

“If we can't mount a response as effectively, the virus will grow more and then it'll spread more,” Krogan says. “That will ultimately contribute to, at least indirectly, increased mortality.”

Studying the purpose of the virus’ various proteins and the mutations found in each variant will help scientists better respond to future variants, he says.

Existing COVID-19 vaccines largely remain effective at preventing serious sickness and death from Delta. Two doses of the Pfizer vaccine protect 88% of people from any symptomatic infection by Delta, compared to 94% efficacy against Alpha, for instance.

Vaccinated people can transmit the virus to others.  But such breakthrough cases are rare and the CDC and other health experts still say that vaccination is the best tool to protect oneself and others from severe illness and death from COVID-19. Masks are also a key tool to keep cases down.

In the U.S., fewer than half of adults are fully vaccinated. Krogan says he worries that low vaccination rates will allow the virus to evolve into new, potentially more dangerous forms.

“Not only can you help yourself, but you can help the species,” Krogan says. “The more people this virus goes through, the more chance it has to mutate around some of our preventative measures.” 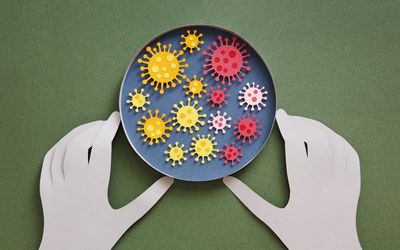 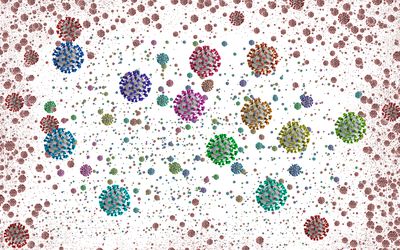 What Is the Alpha Variant?
What’s the Difference Between a Strain and a Variant? 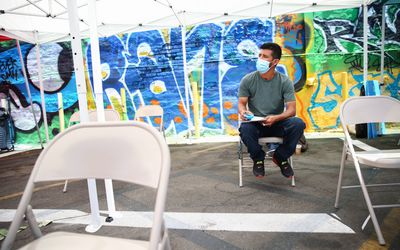